Cleveland Cavaliers point guard Collin Sexton has been mentioned in court documents for receiving illegal benefits while at the University of Alabama. 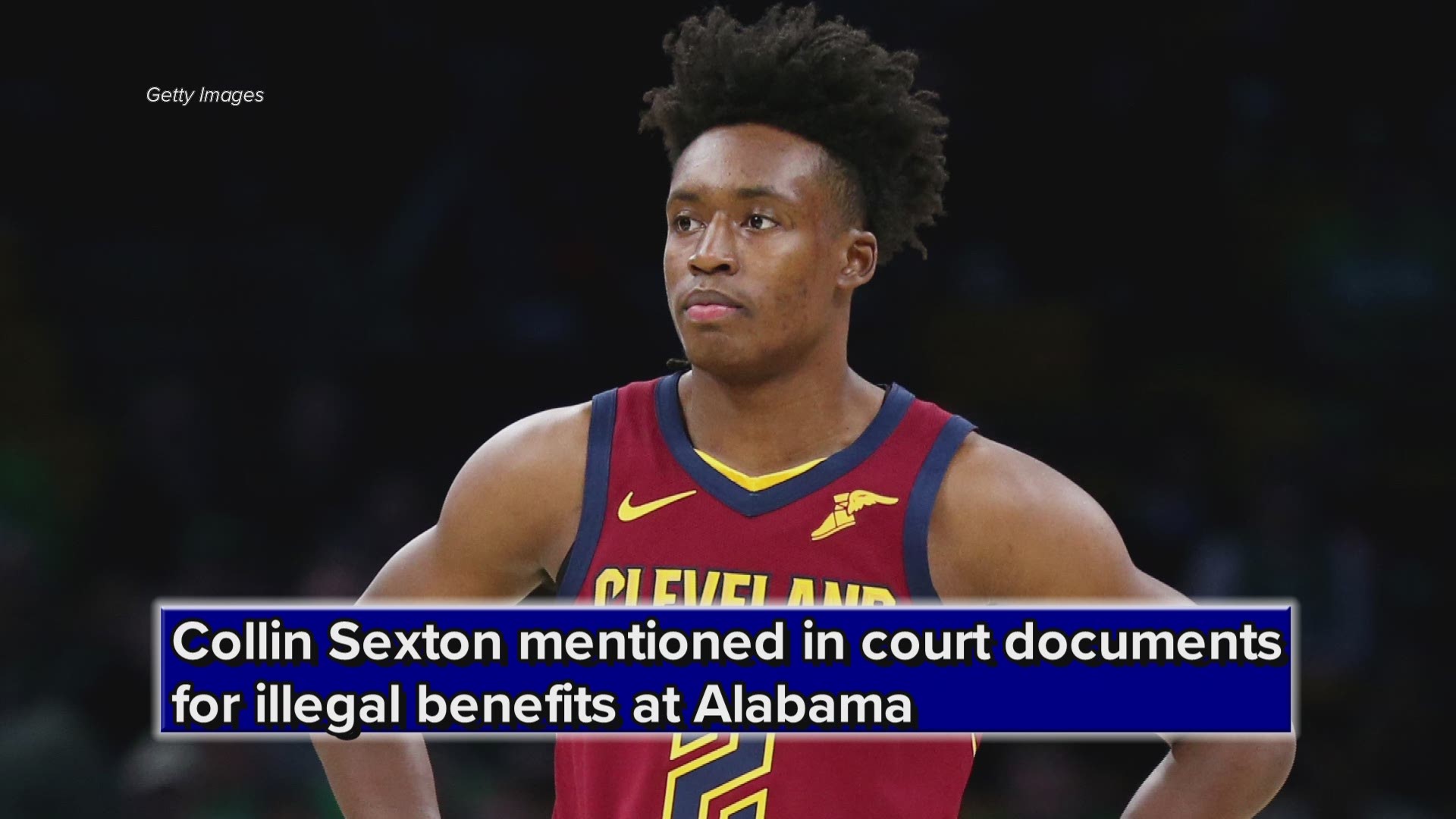 CLEVELAND -- Cleveland Cavaliers rookie point guard Collin Sexton has been implicated for receiving illegal benefits during his time at the University of Alabama.

In court proceedings related to a recent college basketball recruiting scandal, where Merl Code, Christian Dawkins and Jim Gatto are on trial for their roles in providing illegal benefits to student-athletes, documents suggested that Dawkins paid Sexton $5,000, and another set of documents reportedly called for Sexton to be given a $1,500 per-month salary.

Additionally, Yahoo! Sports writer Dan Wetzel reported that documents suggested Sexton’s family received $21,000 for travel expenses and his brother was given a four-year job with a salary of $35,000 with built-in $5,000 annual raises.

Among revelations in court this afternoon, documents suggesting Christian Dawkins paid $5,000 to Collin Sexton and another calling for $1,500 per month to Sexton, $21,000 for travel for his family and a four year job for his brother ($35,000 per year, with $5,000 annual raise).

The Cavaliers selected Sexton with the No. 8 overall pick in the 2018 NBA Draft at Barclays Center in Brooklyn, New York on June 21.

Sexton averaged 19.2 points, 3.8 rebounds, 3.6 assists and 0.8 steals over 29.9 minutes per game for an Alabama team that went to the semifinals of the 2018 Southeastern Conference Tournament and went two rounds deep in the NCAA Tournament before bowing out against the eventual National Champion Villanova Wildcats.

The 6-foot-3, 190-pound Sexton shot 44.7 percent from the field, 49.5 percent from inside the three-point arc and 77.8 percent at the free-throw line during his collegiate career.

In one preseason game with the Cavaliers, Sexton converted five of his field goal attempts while shooting 45.5 percent from the field and 66.7 percent from three-point range. Also, Sexton pulled down four rebounds and handed out one assist.