Members of the Boys & Girls Clubs of Cleveland were treated to a private ring ceremony from the Cavaliers at John Adams High School on Tuesday night. 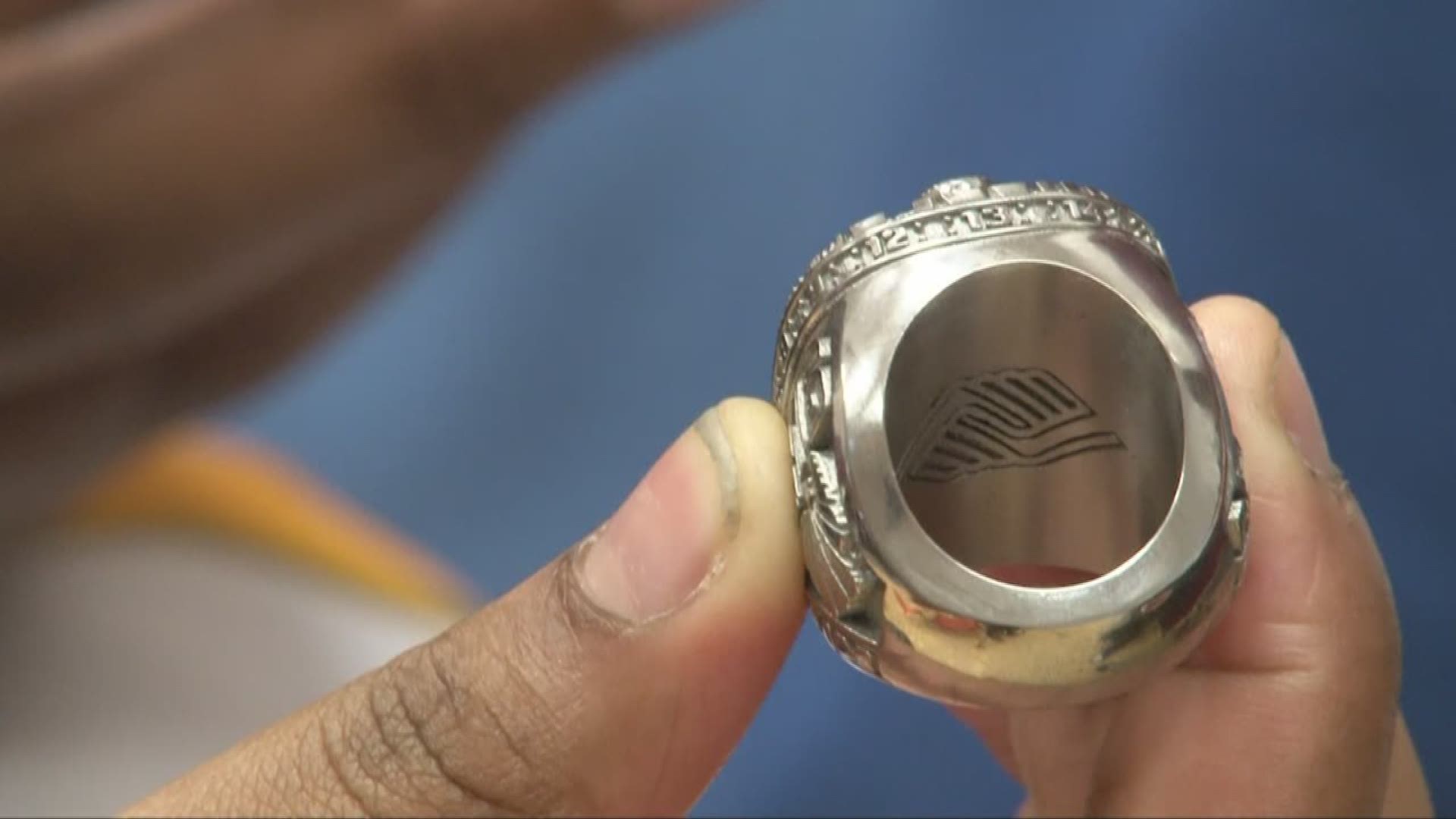 While the Cavaliers are thinking about their next NBA Championship, or at least we hope, a group of 125 teens celebrated the 2016 title on Tuesday night.

Members of the Boys & Girls Clubs of Cleveland were treated to a private ring ceremony at John Adams High School. The event was emceed by Cavs In-Arena Host Ahmaad Crump, and Cavalier legend Campy Russell.

The replica rings have the Boys & Girls Clubs logo on the inside.

A look inside the Cavs&#39; replica NBA Championship ring featuring the logo of the Boys &amp; Girls Clubs.

Members of the Cavalier Girls, Scream Team and Q Spirit Squad were also on-hand to provide entertainment. Students had the opportunity to also see and take pictures with the Larry O'Brien Championship Trophy.

The Cavs and the NBA renovated the club at John Adams, now called the NBA Cares Live, Learn, and Play Center, during the 2016 NBA Finals.