'To be continued,' Smith said. 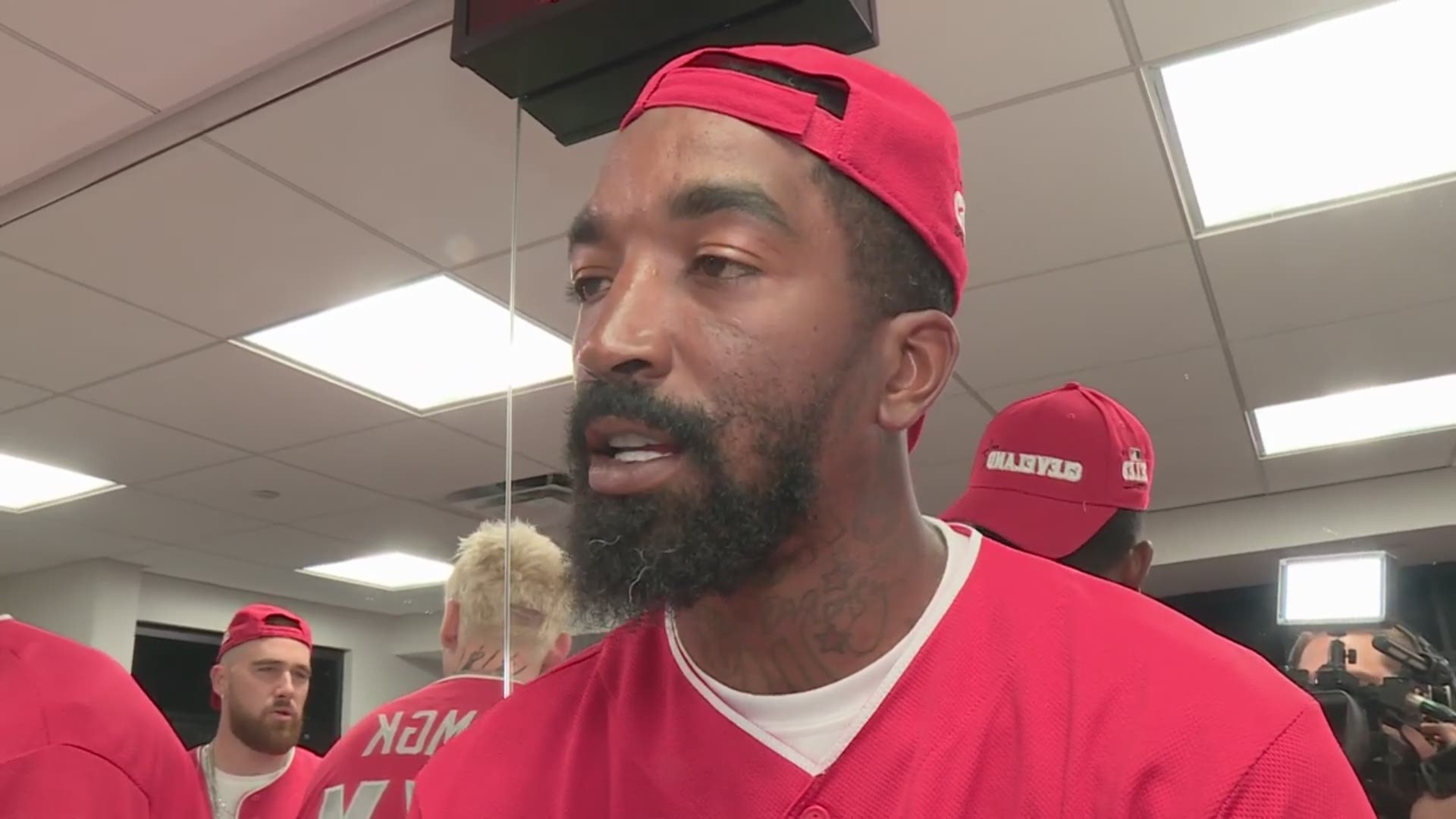 CLEVELAND — J.R. Smith is focusing on the fun in life, not the speculation regarding his next team.

The Cleveland Cavaliers guard played in the MLB All-Star Celebrity Softball Game on Sunday in front of a packed Progressive Field, full of fans who won't forget 2016.

Smith even paid homage to Summer '16, when he spent what seemed like a week without a shirt on as the Cavaliers celebrated a championship victory over the Golden State Warriors. During his first at-bat during Sunday's game, Smith paused to remove his jersey just before he hit an RBI double to left field.

Cavaliers fans fondly remember the championship parade in 2016, when Smith rode shirtless through the streets of downtown Cleveland.

Now, Smith and the Cavaliers will soon part ways after the 33-year-old spent most of the 2018-19 season away from the team. Smith and the team recently agreed to delay the date on his contract guarantee from June 30 to Aug. 1.

"Unfortunately, it didn't work out through the duration of the season, but it worked out the way it's supposed to," he said before Sunday's softball game.

Still, Smith understands the appreciation Cleveland fans have for him. He said he doesn't think his appearance on Team Cleveland during the celebrity softball game should be considered a goodbye, but merely another fond memory of his time in Cleveland.

While recent rumors implied Smith could end up with the Los Angeles Lakers, Smith said he's fine with focusing on his family until he lands a new team.

"I'm not the general manager or the owner, so I don't really have a choice in those decisions, so I'll leave it where it's at," he said. "...I'm just taking it day by day. I'm fortunate to be home with my kids and my wife for this amount of time, and I'm not taking that for granted."