J.R. Smith says he wants to be traded from Cleveland Cavaliers 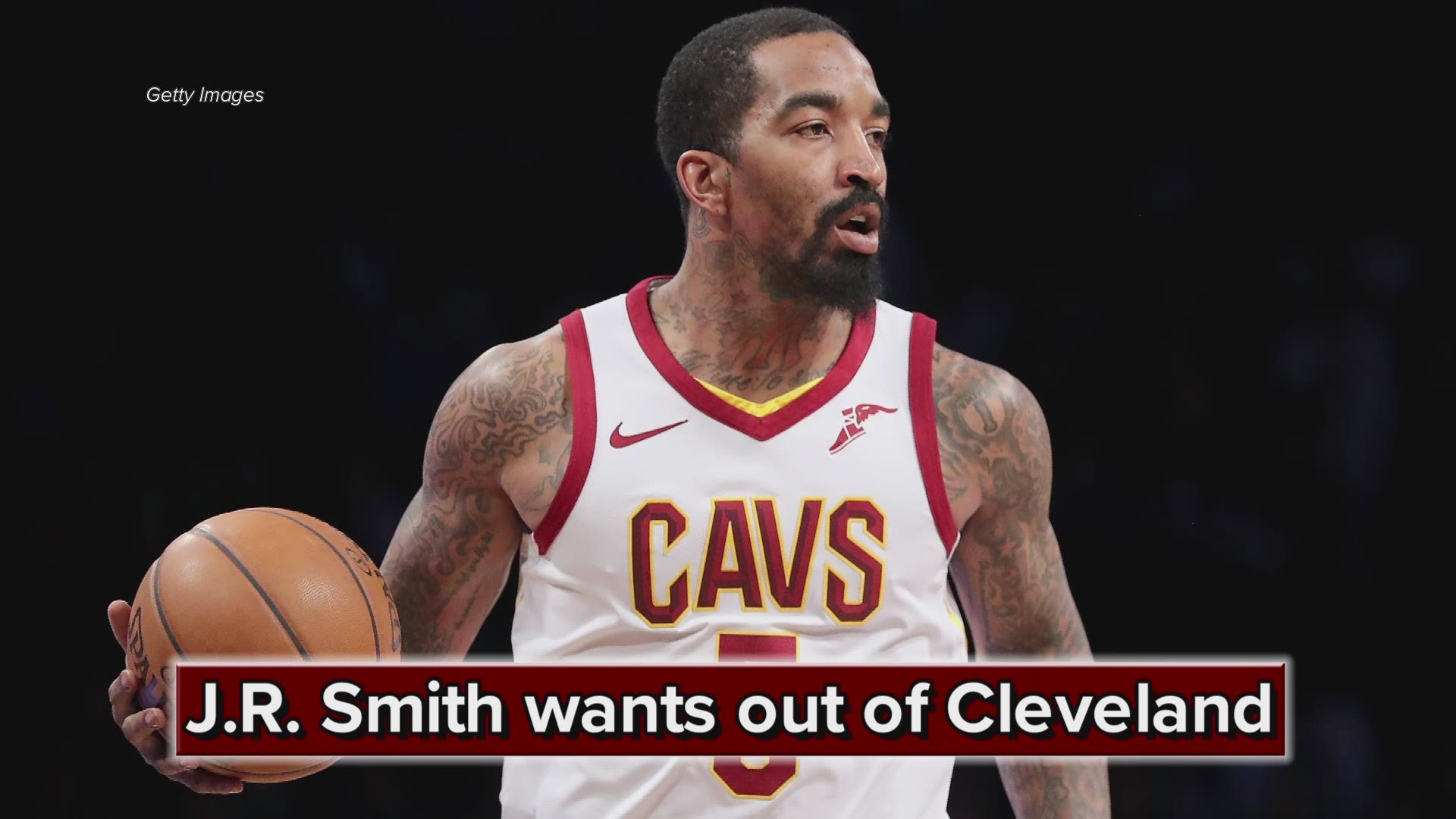 CLEVELAND -- On Wednesday, J.R. Smith said he was given the option to take a leave of absence from the Cleveland Cavaliers but opted not to.

That, however, doesn't mean he wants to stay in Cleveland.

Following shootaround on Thursday, Smith revealed to reporters that he'd like to be traded from the team. The 15th-year guard's request comes days after he fell out of Cleveland's rotation for the second time this season, as he sat out the entirety of the Cavs' 136-114 victory over the Atlanta Hawks on Tuesday.

"They know," Smith answered when asked if the Cavs were aware of his wish. "I mean, they don't want me here, so they obviously know."

To this point in the year, Smith has been the odd man out of a rotation filled with a mix of younger players and veterans. After missing the season opener with an injury, he played in the team's loss to the Minnesota Timberwolves, before being benched for Cleveland's Oct. 21 loss to the Atlanta Hawks.

But after playing in the Cavs' next three contests, Smith was once again pulled from the team's rotation following the firing of head coach Tyronn Lue. With Cleveland's front office seemingly focused on the future, playing time for Smith is likely to remain sparse -- if not nonexistent -- which is something that was made clear to him following Lue's firing.

"There's a lot of things going on around here that I don't know the answer to," Smith said. "I don't know why it's going on, but it is and I can't control that. I just worry about what I can control and worry about being a good vet to these young guys who are playing."

Entering this season, the 33-year-old still had two years and $30.4 million remaining on his contract, although only $3.87 million of his $15.86 million salary next season is guaranteed. That could make him a potentially attractive trade option to a number of teams, whether they're looking to bolster their bench, clear cap space for next summer or both.

In four games this season, Smith has averaged 2.5 points on .231 percent shooting. In five seasons in Cleveland, he has averaged 10.3 points and a 3-point shooting percentage of .381, while starting on each of the last four Eastern Conference title teams.