Following his 43-point performance in the Golden State Warriors' Game 3 victory in the NBA Finals on Wednesday, Kevin Durant wasn't having it with a heckling Cleveland Cavaliers fan. 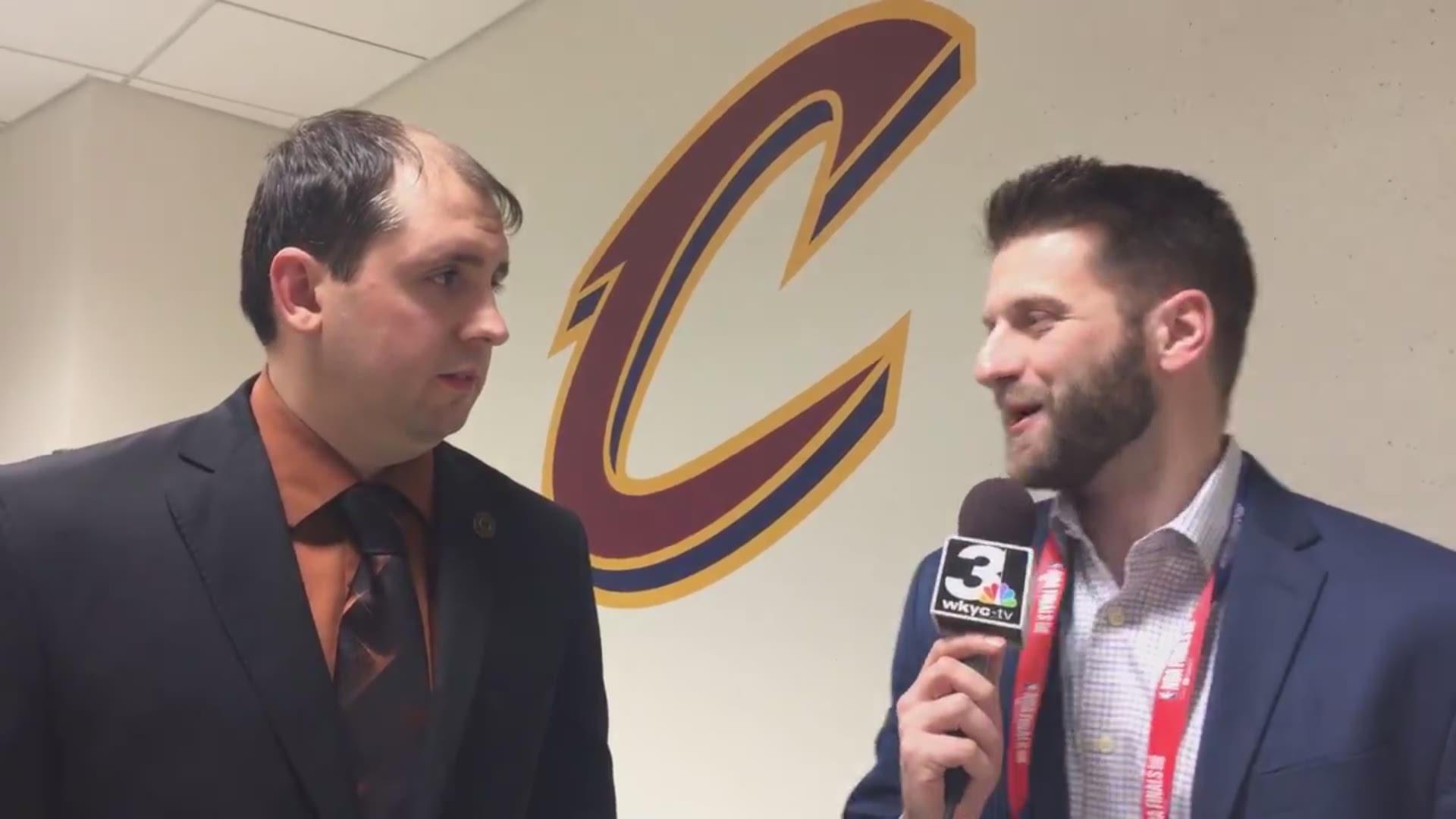 CLEVELAND -- In the time since he left the Oklahoma City Thunder for the Golden State Warriors two years ago, Kevin Durant has heard plenty from fans. But following his 43-point performance in the Warriors' 110-102 victory over the Cleveland Cavaliers in Game 3 of the NBA Finals, which gave Golden State a 3-0 lead in the best-of-seven series, Durant wasn't having it.

As Durant entered the Warriors' team hotel in the early hours of Thursday morning, he was greeted by the cheers of several adoring Golden State fans. One onlooker, however, wasn't as kind, shouting "UT's butt" at the superstar forward -- an apparent reference to Durant's alma mater, the University of Texas -- before adding, "LeBron! He's gonna yam on you."

Rather than continuing to move forward, Durant instead began walking toward the heckler, before being held back and shielded by a security guard. The incident was captured and first reported by TMZ.

With their 3-0 series lead, the Warriors are one win away from securing their second NBA title in as many years since adding Durant in free agency in the summer of 2016. Durant, for his part, could be well on his way to adding another Finals MVP trophy, as he's averaged team bests of 31.7 points and 10.3 rebounds per game through three games.

"He's one of the best players that I've ever played against that this league has ever seen," LeBron James said after Game 3. "His ability to handle the ball, shoot the ball, make plays at his length, his size, his speed."

Thus far, the Cavs have found little success in knocking the 2014 NBA MVP and former league scoring champ off his game. And as of Thursday, it doesn't appear the Cleveland fans are faring all that much better either.