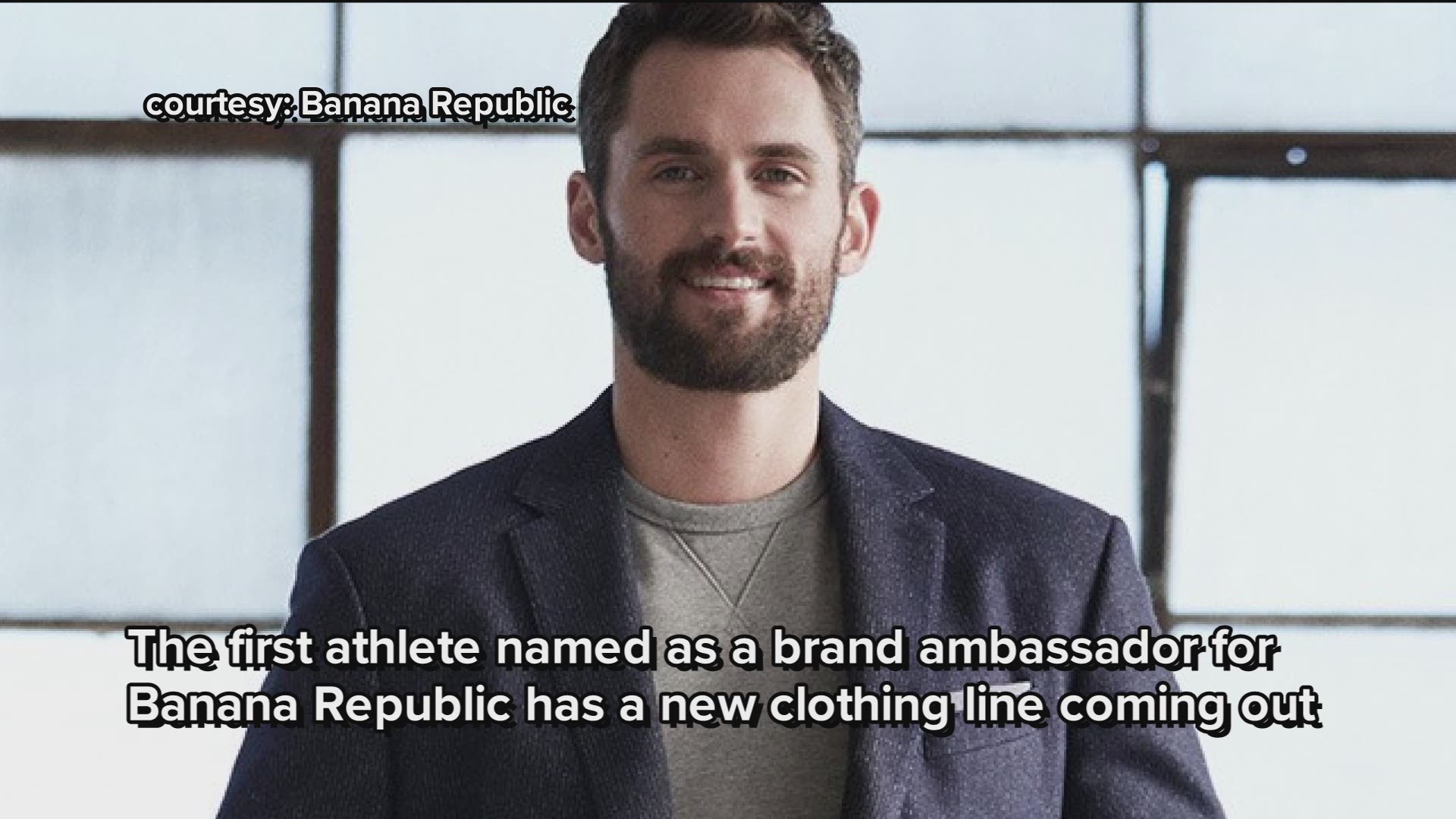 CLEVELAND -- It's about to be a busy fall for Kevin Love.

In addition to taking over for LeBron James as the face of the Cleveland Cavaliers, the All-Star forward's long-awaited Banana Republic line will soon be hitting shelves. Taking to Instagram on Tuesday afternoon, Love revealed the release date for his upcoming "BR/K.LOVE-18" line, which will be made available at Banana Republic beginning on Sept. 18.

Although Love won't be the first athlete to have a fashion line bearing his name, the 29-year-old took a more hands-on approach than most. As was first announced in February, Love is designing the line, which according to a press release, will be "inspired by Banana Republic's utility heritage with a twist of Love's favorite tailored performance pieces, highlighting his personal style grounded in American sportswear."

Since signing a deal with Banana Republic in 2016, Love has consistently been featured in videos and photoshoots highlighting the company's latest lines. In a video released earlier this year, the 5-time All-Star can be seen trying on new suits while discussing the role that fashion plays in the NBA.

"Walking into arenas have really become our runways," Love says. "You've seen guys step out of their comfort zone and really walk that walk of who they're becoming as men."

Earlier this summer, Love signed a 4-year, $120 million contract extension with the Cavs. But if this Banana Republic line works out, who knows? Perhaps basketball will just become Love's new side hustle.