Kevin Love says Cavs' camaraderie is 'through the roof' 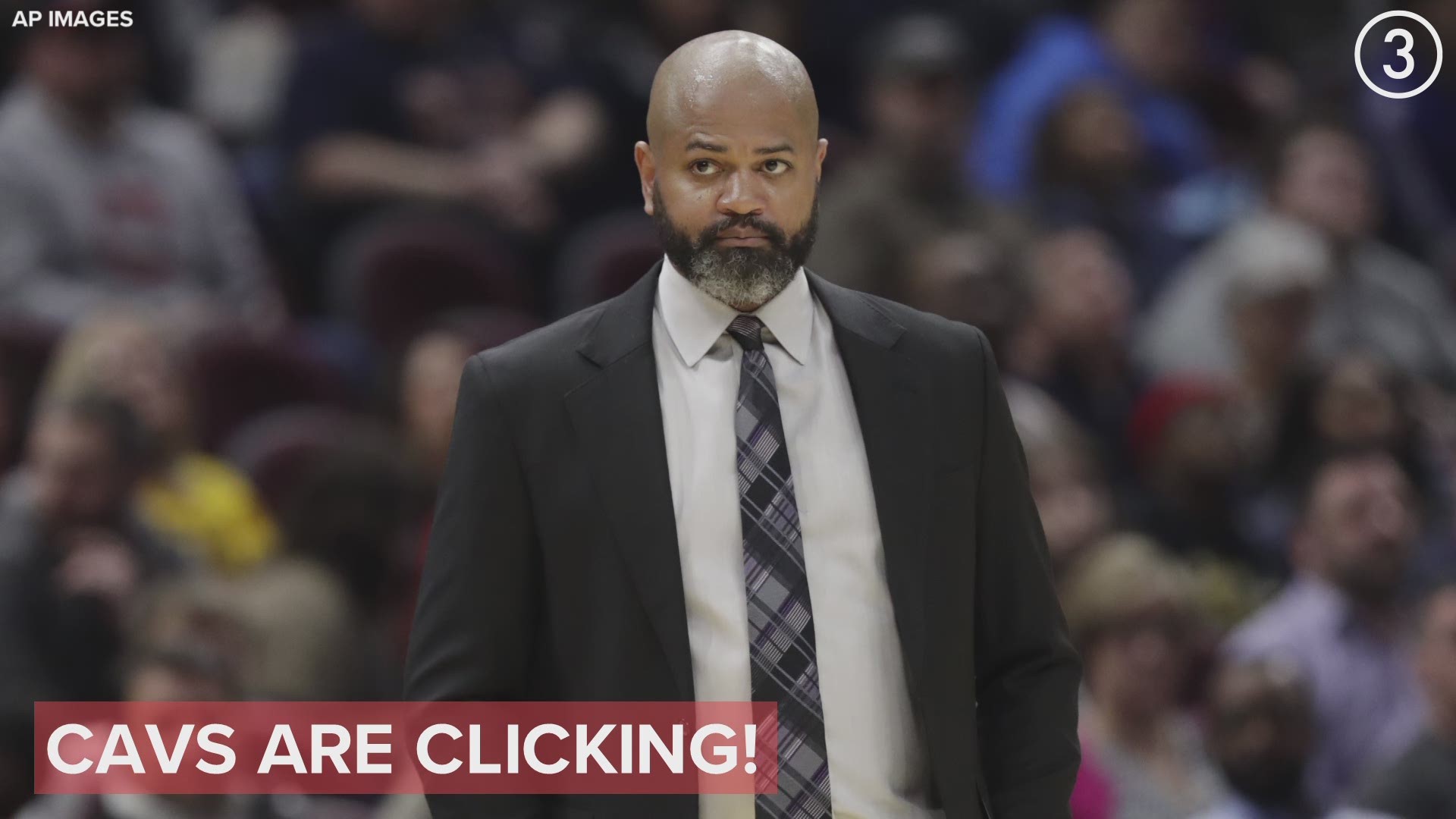 CLEVELAND — Over the course of the 2019-20 NBA season, there have been several adjectives that could be used to describe the Cleveland Cavaliers.

"Close-knit," however, likely wouldn't be one of them.

With Cleveland laying claim to a mismatched roster of veterans and young players and head coach John Beilein resigning from his position last week, there's been little evidence that this Cavs team is a particularly close one. But according to star forward Kevin Love, Cleveland's off-court chemistry isn't as poor as one might think.

"Ever since I came here in '14-'15, [LeBron James] had us all going [out] on the road. So we've continued that -- I wouldn't even call it a tradition, it's just something that we do on the road. We try to get everybody together," Love told former Cavs teammate Channing Frye on NBATV's 'Handles' show on Wednesday.

"We all break bread, eat together, drink a ton of wine. That camaraderie is really through the roof. I think that's what you have to show the young guys early on."

Admittedly, it hasn't always been easy.

While Love and fellow veterans Tristan Thompson and Matthew Dellavedova were each in Cleveland for the team's run to four straight NBA Finals from 2015-2018, youngsters like Collin Sexton, Darius Garland and Kevin Porter Jr. are still adjusting to life in the NBA. As a result, Love says he's taken it upon himself to teach his younger teammates from his own experiences.

"I was talking to Collin Sexton today and he was like, 'Man, I need to come to dinner. I need to get out a little bit more,'" Love said. "I was like, 'That's what you do when you're on the road. I always had the tendency just throw on a movie, get my treatment and just that was it. But sometimes, mentally, you need to get away too."

That's not to say that the growing connection across Cleveland's roster hasn't been without its awkward moments.

"We have great young guys. It's actually really funny being around them," the 31-year-old Love said. "I sit next to Darius on the plane. I got a 19-year-old who just turned 20 that I'm asking him all these questions and he's asking me -- it's just different. Like I'm the old guy now.

"I've had to be not as silly at times, but also be myself."

While the Cavs currently lay claim to the second-worst record in the NBA at 17-41, whatever's been happening in the locker room as of late has been working. With a 108-94 victory over the Philadelphia 76ers on Wednesday night, Cleveland has now won four of its past five games heading into Friday night's road matchup with the New Orleans Pelicans.

Not a bad place to continue that team bonding.

RELATED: Can Kevin Porter Jr. be the key to the Cleveland Cavaliers' rebuild?