Speaking to Trevor Noah, Cleveland Cavaliers forward Kevin Love discussed the complexities of the NBA potentially changing its schedule due to the coronavirus. 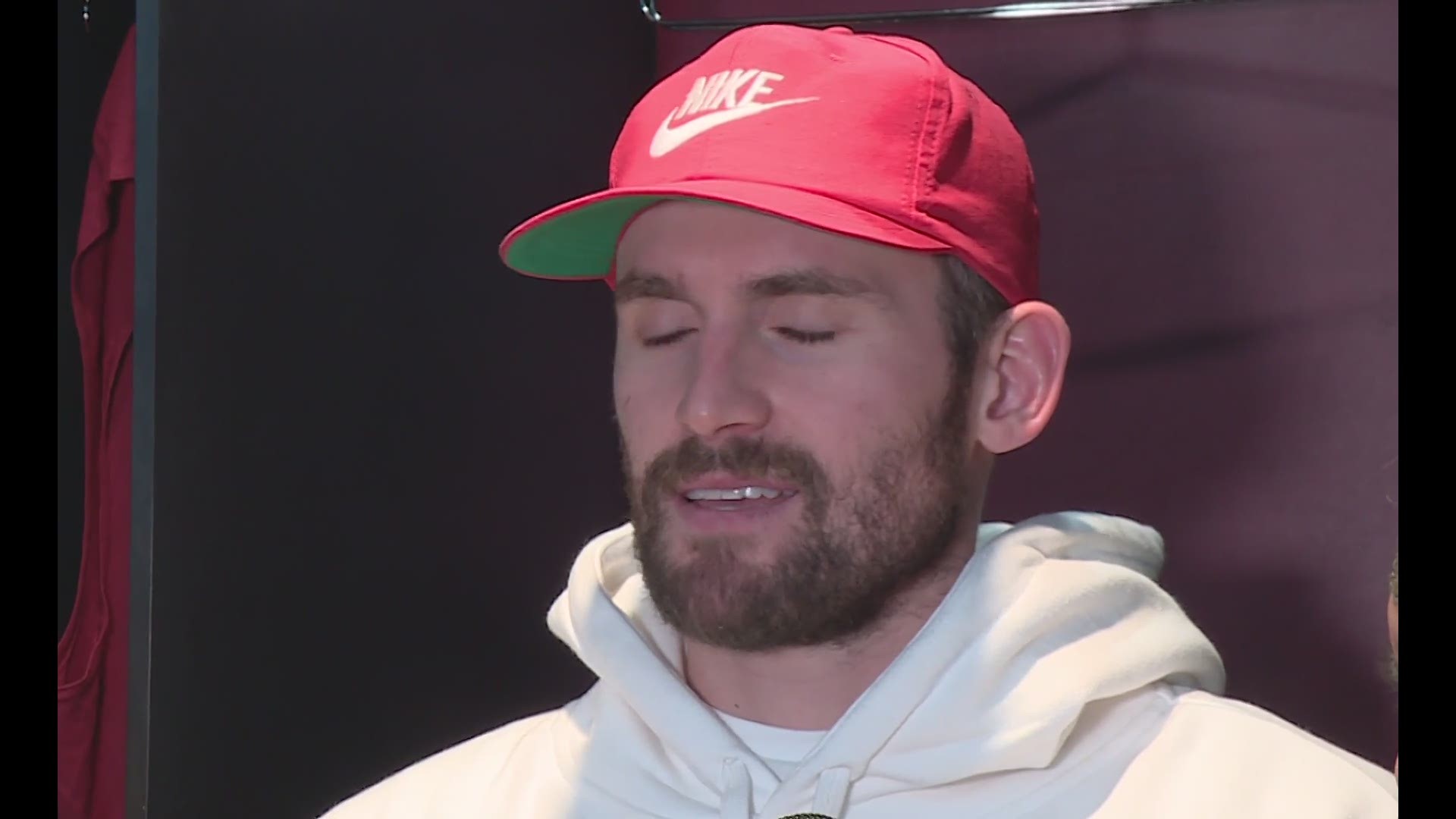 Appearing on The Daily Social Distancing Show on Tuesday night, Kevin Love was asked for his thoughts on the NBA potentially permanently changing its schedule due to complications caused by the spread of the coronavirus (COVID-19).

The Cleveland Cavaliers forward's answer was admittedly a selfish one.

"I've had this conversation with a number of guys as well as a couple of coaches and former coaches and that's we have the best schedule," Love told host Trevor Noah. "It’s a scholastic schedule, you get summers off. So selfishly, I’ve done it for 25 years now of organized basketball is that we've always had that schedule where it’s [started in] September and October through, if you go all the way to the Finals, it’s through June and then get the summers off.

"We have it really good and that’s not lost on any of us. Obviously drastic times, drastic measures, but we would like to keep the same schedule and 82 games."

But as Love alluded to, that may not be possible.

With the NBA season having been suspended indefinitely for the past three weeks and no return in sight, the league has remained publicly committed to finishing its 2019-20 campaign in some form. Whether that would mean resuming the regular season, shortening it or jumping right into the playoffs remains unclear. But the later the league finishes this season, the later it can start the 2020-21 campaign, and so on.

“I would see a situation where because guys might come in a little out of shape and don’t know how to get through this time because it is new, they will then have like a two-week training camp, play 10 games and it will go into some sort of a playoff scenario,” the 5-time All-Star said. “I don’t know if they will play seven games [series] or a five-game series that we haven’t seen in such a long time and then have the Finals."

What Love is sure about, however, is that whenever basketball comes back, the sport will be welcomed back with open arms.

"I do think that because we have so many of these sports taken away from us that the ratings will be incredibly high," Love said. "In basketball, it will be how it is -- it will be anybody’s game, anybody’s championship. As a fan myself, they will be fun to watch."

RELATED: ESPN to air Games 5 and 7 of 2016 NBA Finals on Wednesday night