Speaking to reporters on Friday, Cleveland Cavaliers general manager Koby Altman discussed what his team will look for in its upcoming coaching search. 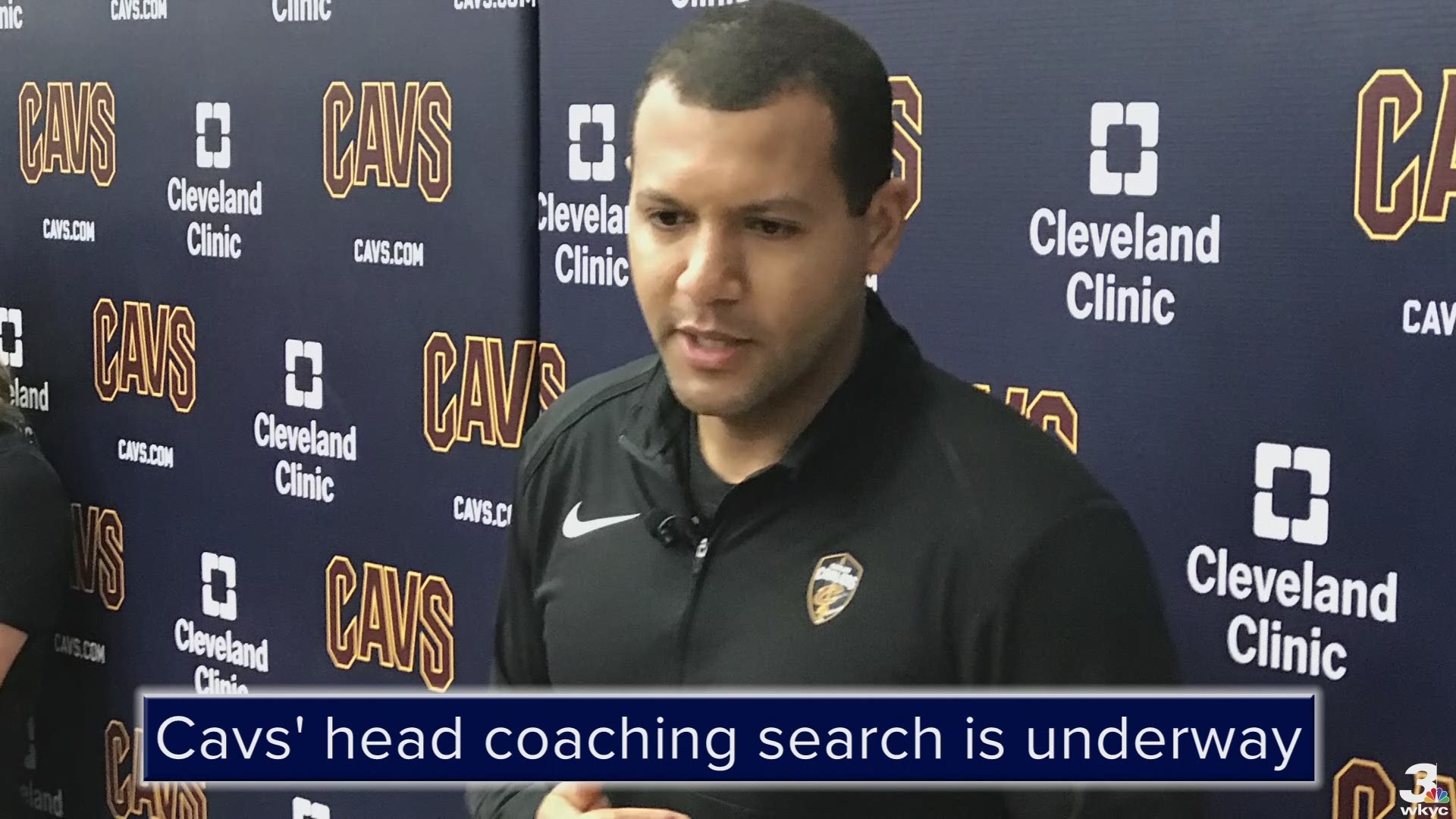 INDEPENDENCE, Ohio -- After announcing on Thursday that they have mutually parted ways with Larry Drew, the Cleveland Cavaliers find themselves in the market for a new head coach.

Just don't expect them to make a hire anytime soon.

Speaking to reporters on Friday, Cavs general manager Koby Altman detailed the parameters of his team's upcoming search. In doing so, he revealed Cleveland won't put a timetable on filling its head coaching vacancy, which along with the Memphis Grizzlies and Sacramento Kings is currently one of three openings in the NBA.

As for the first part of Altman's equation, it's not hard to see what he and his front office will be looking for. As the Cavs continue forward in their second post-LeBron James era, their ideal fit would be a head coach whose energy and player development prowess matches a roster that will likely only be getting younger in the upcoming offseason.

"For us, who's going to be the leader of this franchise moving forward and be a cultural driver, be a teacher?" Altman said. "For us, moving into the future and this era of Cavaliers basketball, it's important that we find the right fit for that. I'm excited to start that process."

The second part -- the part about the Cavs being the right fit for their next head coach -- could get trickier.

In Altman's estimation, Cleveland is an attractive job, and in many ways, his optimism is justified. Not only do the Cavs possess a duo of promising youngsters in Collin Sexton and Cedi Osman, but they enter the upcoming offseason with five expiring contracts, as well as a massive trade chip in J.R. Smith's partially guaranteed salary.

Although it also lays claim to two first-round picks in the upcoming draft and an impressive collection of future second-round selections, what Cleveland doesn't currently have is the type of young franchise player head coaching candidates often flock to.

That, however, could change as soon as next month when the NBA holds its annual Draft Lottery. After finishing tied for the second-worst record in the league (19-63), the Cavs will have a 14 percent chance of landing the No. 1 pick and a 52.1 percent chance of securing a top-four selection -- the best odds available under the current lottery format.

Would the Cleveland vacancy be more attractive to a candidate if he knew he'd have the opportunity to coach Zion Williamson, Ja Morant or even R.J. Barrett? Of course. But Altman insists he's not going to let ping pong balls dictate the direction of his search.

Credit: AP
FILE - In this Jan. 5, 2019, file photo, Duke's Zion Williamson (1) dunks during the second half of an NCAA college basketball game against Clemson, in Durham, N.C. Williamson was named both The Associated Press ACC player and newcomer of the year, Tuesday, March 12, 2019. (AP Photo/Gerry Broome, File)

"On its own merits, I think we have tremendous resources. We are going to draft a high impact player regardless of where the ping pong balls land. All those things together are a big part of us being an attractive destination," Altman said. "We're not going to sell this job. I think the person that's right for this job is going to really want to be here. That's going to be the person that we hire."

As for who that person will be, it's obviously too early to tell. At this point, the Cavs are still finalizing their list of candidates, although Altman did reveal that some of the names that have already been discussed are assistant coaches with teams currently preparing for the playoffs.

That lines up with what's been reported by ESPN's Adrian Wojnarowski, who has already linked various assistants to the Cleveland opening, including Alex Jensen of the Utah Jazz, Portland's David Vanterpool and Nate Tibbetts, Denver's Wes Unseld Jr. and Darvin Ham of the Milwaukee Bucks. Per Wojnarowski, the Cavs will also consider the college coaching ranks during their coaching search.

Based on Altman's answers, it will likely be a matter of weeks before Cleveland fills its head coaching vacancy.

For what it's worth, the draft lottery is on May 14. So while Altman may have downplayed its importance, there's a chance the Cavs may see how those ping pong balls bounce before making a hire anyways.