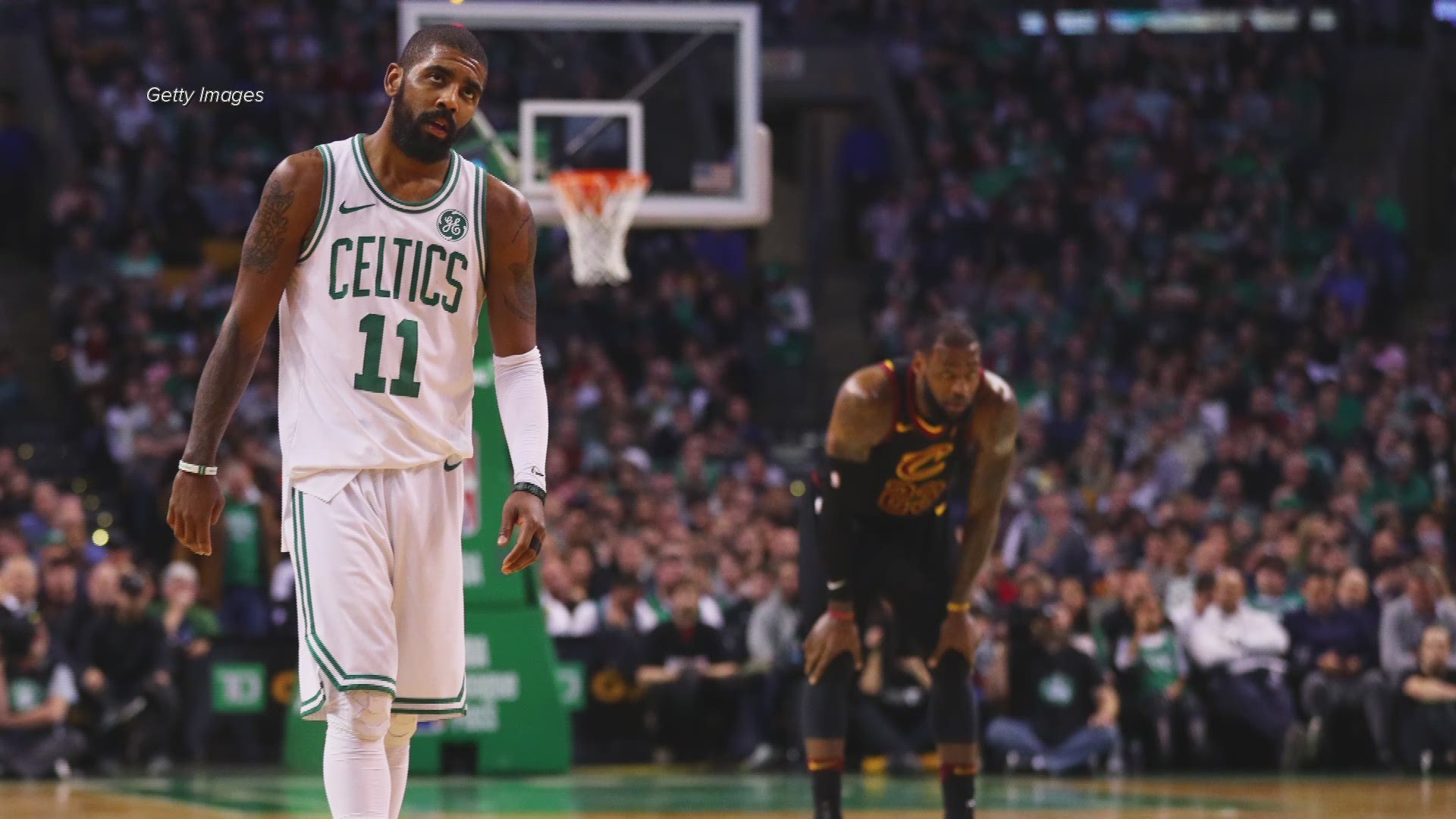 CLEVELAND -- Cleveland Cavaliers small forward LeBron James got a vote of confidence from an unlikely source, Boston Celtics point guard Kyrie Irving, as it relates to the race for the NBA’s Most Valuable Player Award.

“MVP, it’s hard to gauge nowadays because now, you have the people’s MVP and you have like the NBA’s MVP,” Irving said in an interview with Hot 97 in New York Wednesday.

“I think the people’s MVP was definitely James (Harden), but the NBA MVP is definitely LeBron.”

Before requesting a trade from the Cavaliers last summer, Irving spent three years alongside James, including a memorable run through the 2016 NBA Playoffs, all the way to the league championship, where a late three-pointer from Irving gave Cleveland its first major sports championship since 1964.

Despite being 33 years old and in his 15th NBA season, James played in all 82 regular-season games for the first time in his career, averaging 27.5 points, 8.6 rebounds, 9.1 assists and 1.4 steals over 36.9 minutes per contest.

James may have the ability to take over games from a scoring standpoint, but he has proven time and time again ready and willing to involve teammates into the flow of the action, even giving them chances at hitting game-winning jumpers.

Then, with a two-handed dunk midway through the first quarter against the New Orleans Pelicans at Quicken Loans Arena in late March, James surpassed the 10-point mark for the 867th consecutive game, which moved him ahead of Chicago Bulls legend Michael Jordan for the most in NBA history.

James extended that streak to 873 straight games by the end of the regular season.