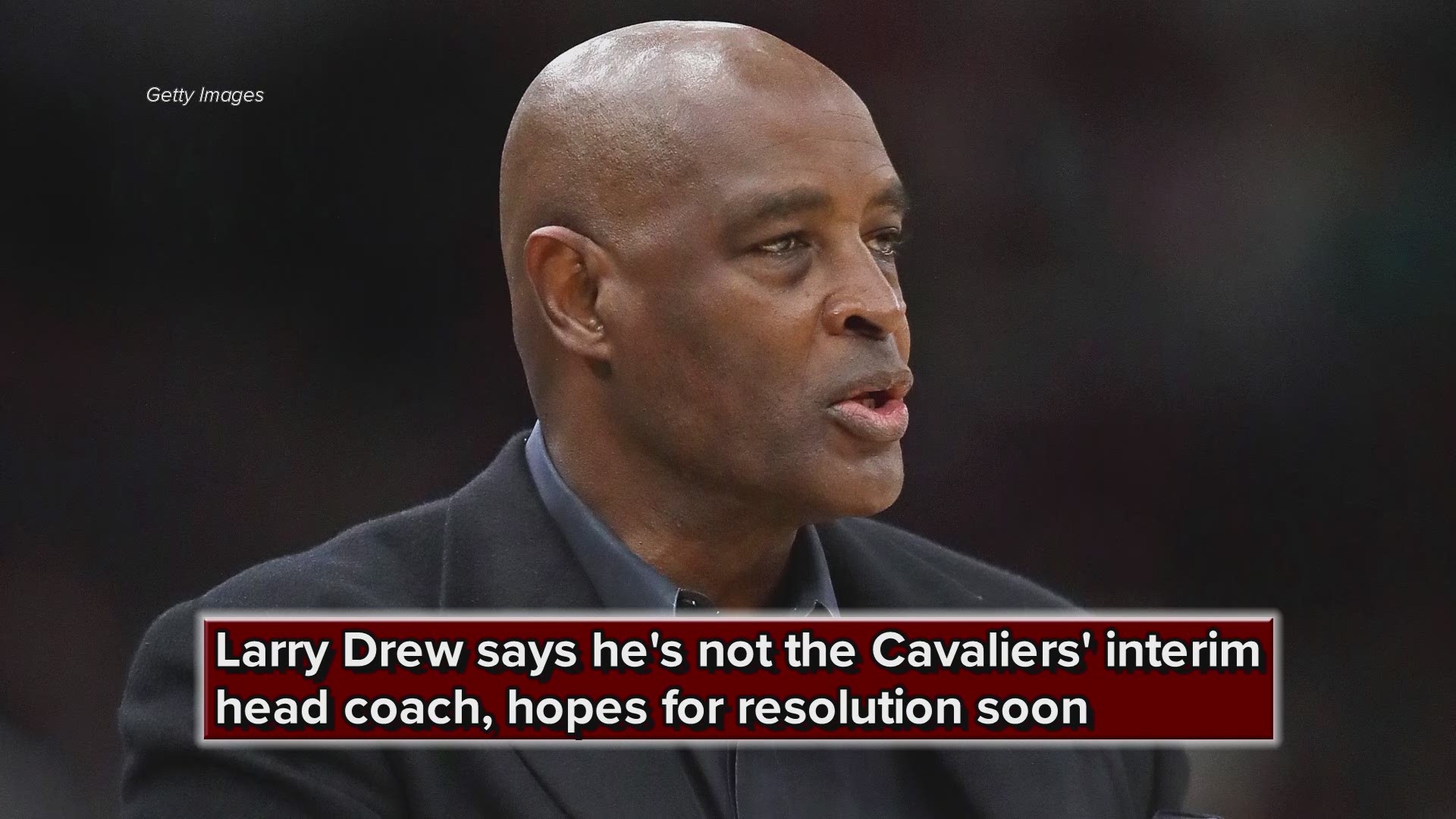 The only issue is, Drew insists he's not that -- at least not yet.

"Nope. I'm not. I'm not the interim coach. I'm the voice right now," Drew answered when asked if he was following the team's practice on Monday. "As I'm sure you guys are aware, there are some talks that are going on. I don't know if any type of agreement or settlement will be made. I am prepared either way."

Those talks are tied to Drew's contract, which only has the current season remaining on it. Just six games into the 2018-19 campaign, that lack of long-term security would essentially make Drew a lame duck head coach, potentially leading to a lack of credibility within the Cavs' locker room.

Furthering Drew's desire for a commitment is the state of the team he'd be taking over, which at 0-6 is the only winless team remaining in the NBA. And with Kevin Love expected to miss "a number of games" as he recovers from a toe injury, the losses in Cleveland will likely only add up, potentially leaving Drew in a literal no-win situation.

"The way I look at it, it's not a very complicated situation," Drew said. "Obviously this team is going into a different direction with the group that we do have and the decisions that have been made with the organization. They're certainly going in a different direction and I would like to be a part of it long-term, to be perfectly honest. I've been through the rebuilding process as a player and a coach. And I feel I know what it takes."

Whether or not the Cavs' front office and ownership agree remains to be seen.

Admittedly, committing to Drew past the current season wouldn't be a sexy move. During head coaching stops in Atlanta (2010-13) and Milwaukee (2013-14), he's amassed a career 143-169 record -- although he did win all nine of the games in which he filled in for Lue last season due to health issues.

This, however, is a very different Cavs team, most notably in that it no longer has LeBron James. And for a franchise destined for a fresh start, being forced into a head coaching hire due to a lack of options elsewhere could only do more damage down the road.

And thus, here the Cavs and Drew are, with one side looking to fill an immediate need and the other looking for a long-term commitment. Drew will coach the team during its Tuesday night matchup against the Hawks. But until an agreement between him and the team can be reached, his days in Cleveland may also be numbered.

"I don't have a deadline," Drew said. "If it does not work out with me, I hope things can be resolved sooner rather than later."