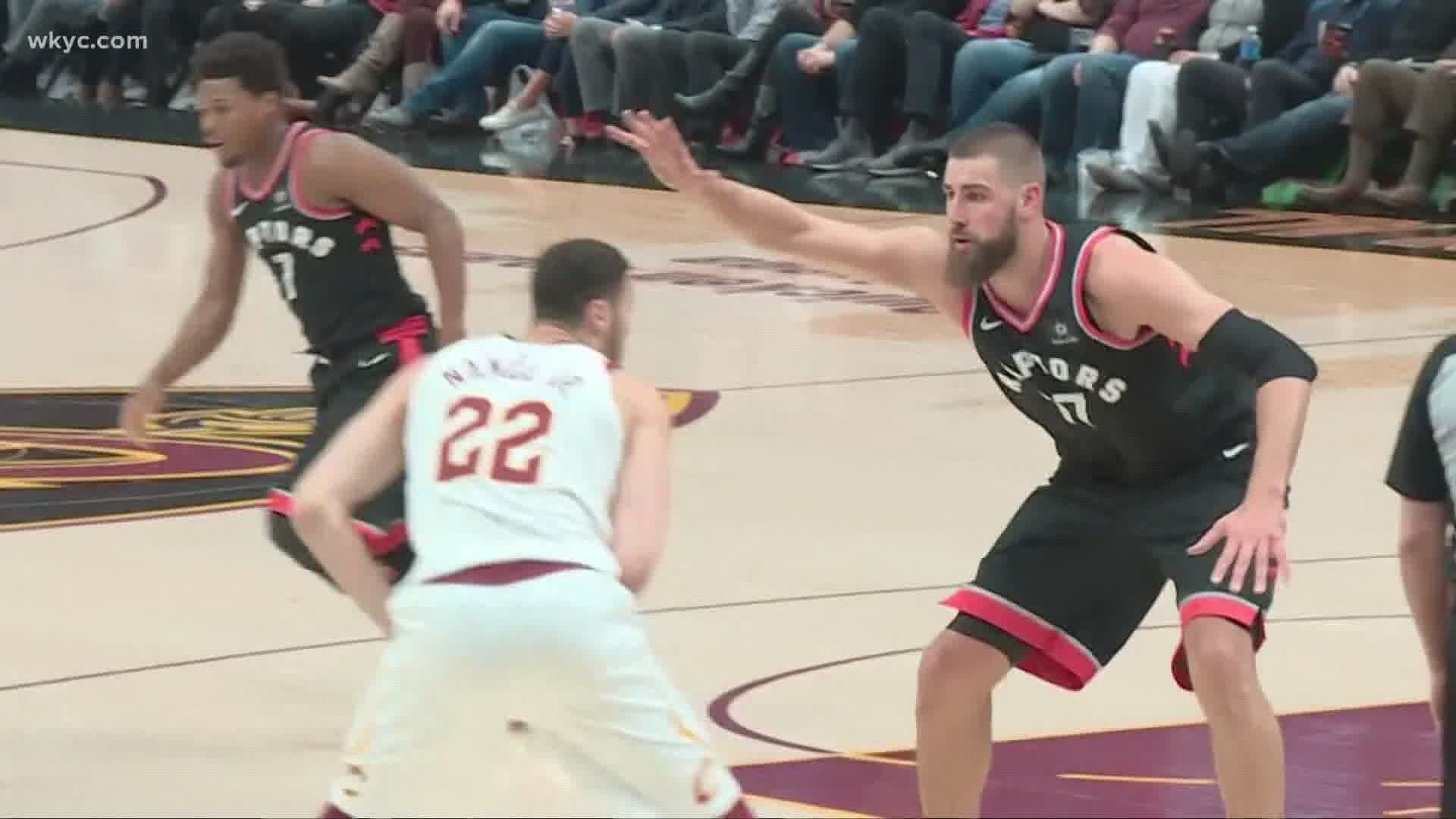 After undergoing surgery on his broken hand, Cleveland Cavaliers forward Larry Nance Jr. is expected to be sidelined for at least the next six weeks.

That, however, didn't stop Nance from being extra invested in his team's matchup against the Denver Nuggets on Wednesday.

Taking to Twitter ahead of tip-off, Nance posted a picture of 12 10 packs of McDonald's chicken McNuggets. The message of Nance's post was clear: he'd be taking part in the #MeVsNuggets challenge, in which Cavs fans attempt to eat one chicken nugget for every point that the Denver Nuggets score against their team.

At halftime, Denver had scored 64 points, with Nance taking to Twitter to express his frustration -- and physical pain.

By the end of the third quarter, the 28-year-old Akron native had called it quits, waving the white flag -- before the Nuggets had completed their 133-95 victory over the Cavs.

Cleveland's loss marked its fifth straight and dropped the Cavs' record to 10-16 on the season. After having previously gotten off to a promising start in the third year of its post-LeBron James rebuild, Cleveland now finds itself on the outside looking at the Eastern Conference playoffs picture.

Following Wednesday night's loss to the Nuggets, the Cavs will return to action on Friday when they face the Portland Trail Blazers. If nothing else, it should make for a more enjoyable watch for Nance -- at least as far as his eating habits are concerned.