In working to improve the lives of those in his hometown, Akron, Ohio, former Cleveland Cavaliers great LeBron James already is carrying on Kobe Bryant's legacy. 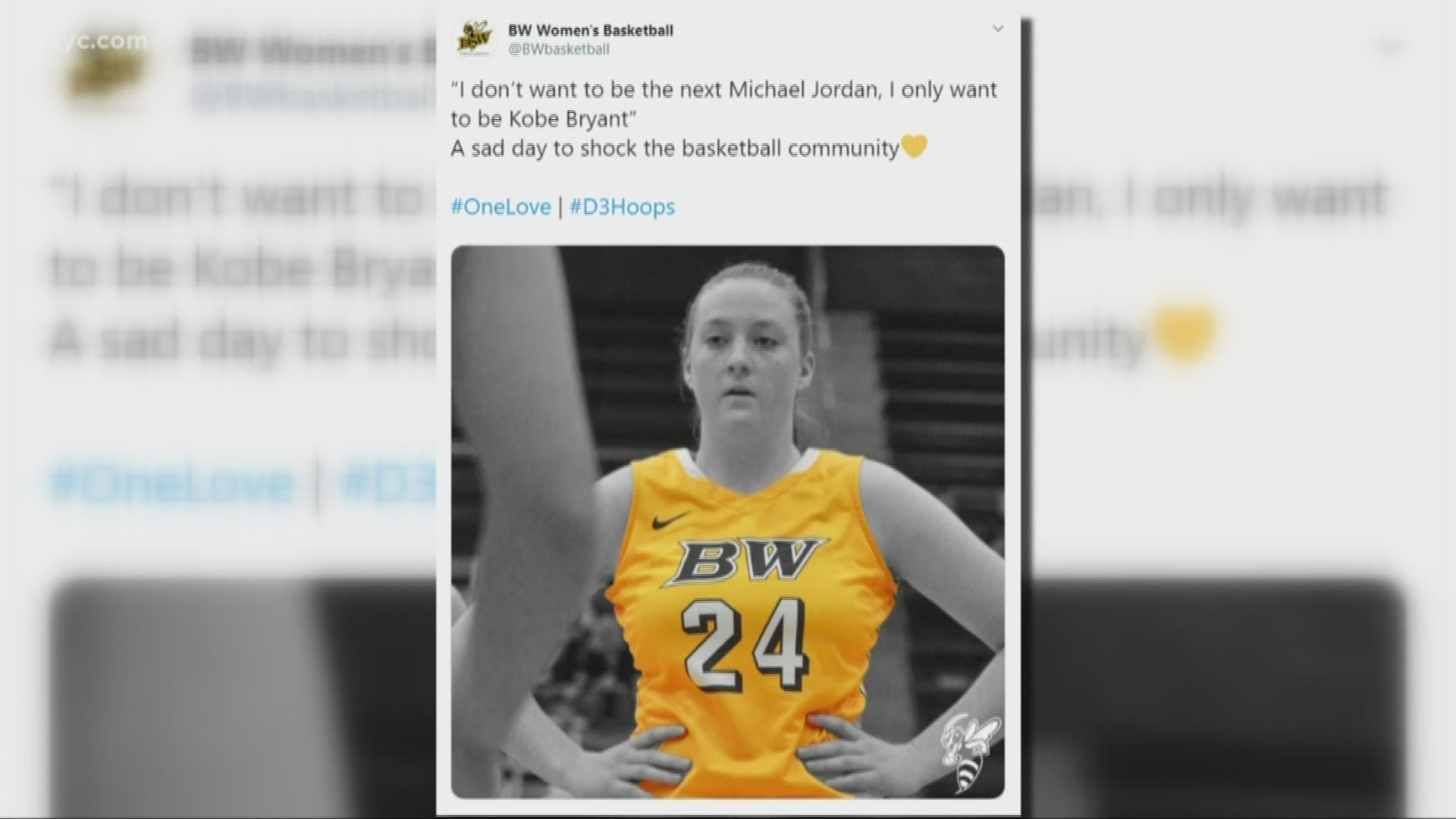 CLEVELAND — Los Angeles Lakers great Kobe Bryant built quite an impressive legacy, both on the court and in the community during his 20-year career, so much so that his contemporaries in the NBA took notice of and respected that impact.

After some time to reflect on the devastating loss of Bryant, his daughter, Gianna, and seven others in a helicopter crash in California Sunday, former Cleveland Cavaliers-turned-Lakers star LeBron James shared a photo of he and Bryant on Instagram with a heartfelt message to Kobe and his family.

“Man, I love you big bro. My heart goes to Vanessa and the kids. I promise you, I’ll continue your legacy man! You mean so much to us all here, especially #LakerNation, and it’s my responsibility to put this (expletive) on my back and keep it going!!

“Please give me the strength from the heavens above and watch over me! I got US here! There’s so much more I want to say, but just can’t right now because I can’t get through it! Until we meet again, my brother!! #Mamba4Life #Gigi4Life.”

Wanting to fill Bryant’s shoes is a lofty ambition for anyone, but in his own way, James already has been building on that legacy throughout his career.

Funded by the LeBron James Family Foundation and Akron City Schools, the I Promise School is more than just a place for elementary-age students to get an education. There is a food pantry to help families in need and transportation services are available to make sure students get to school.

James’ commitment to education has proven fruitful for the students.

According to the New York Times, 90 percent of the school’s 240 third and fourth-grade students “met or exceeded” expectations in mathematics and reading, which is a rate higher than in the Akron City Schools District.

Also, James has served as an inspiration to those who come from difficult circumstances.

James never forgot where he came from and the journey he took to go from someone growing up in inner-city Akron to one of the most recognizable public figures anywhere in the world.

James has used his basketball prowess not just to score points, make passes and block shots, but also, to help those in his hometown, especially with the opening of the I Promise School, and that journey was documented in a Nike commercial released just before Christmas 2019.

“But you know what would be really special? If there were no more humble beginnings.”

Following the release of the commercial, James shared the video on his Facebook page with a poignant message.

“17 years ago, Nike took a chance on a kid from Akron,” James wrote. “And 17 years later, this has given me the ability to provide opportunities for my 1,400 kids in Akron so that one day, NOTHING is left to chance.

“They will KNOW that a kid from Akron is something special!! Just like you London, I see you. #ThekidfromAKRON #striveforgreatness #justdoit.”