This is not the first time James, who endorsed Hillary Clinton in last November's presidential election, has publicly spoken out against President Trump. 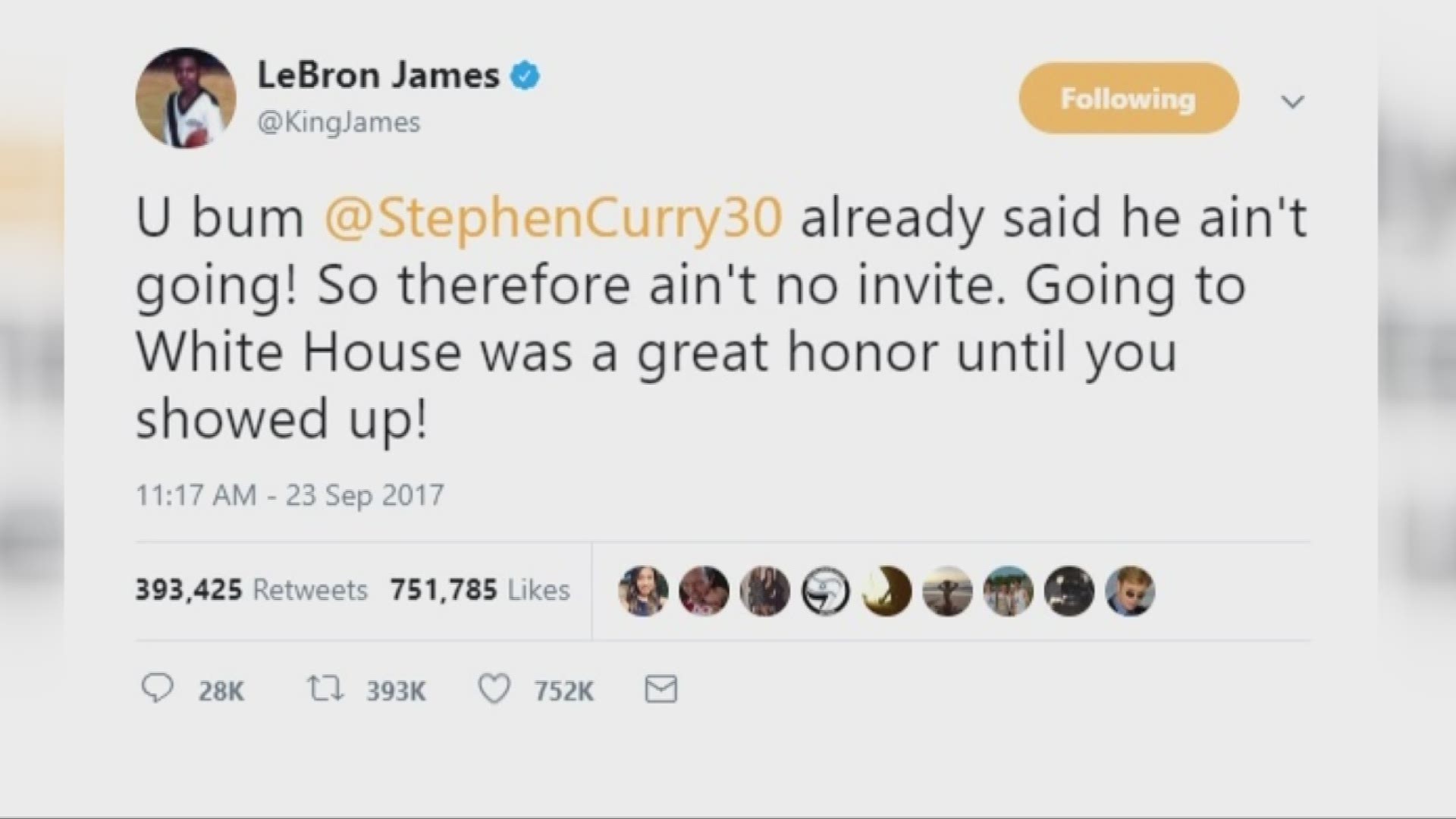 If there was any doubt as to what LeBron James thinks of President Donald Trump, he just removed all of it.

Just hours after the president rescinded an invitation for the NBA Champion Golden State Warriors to come to the White House, the Cavs superstar made his thoughts known on Twitter Saturday, calling Trump a "bum" and adding, "Going to the White House was a great honor until you showed up!"

U bum @StephenCurry30 already said he ain't going! So therefore ain't no invite. Going to White House was a great honor until you showed up!

The exchange came after Golden State's Steph Curry said he would not be going to the White House, explaining many of his teammates felt the same way. In response, the president took to Twitter and revoked the team's invitation this morning.

Going to the White House is considered a great honor for a championship team.Stephen Curry is hesitating,therefore invitation is withdrawn!

Hours after posting the original tweet, James took to social media once again to offer more detailed thoughts on his remarks.

In a two minute video posted to Uninterrupted's (the digital company James owns) Twitter page, the four-time MVP said he was "frustrated" with the president "[trying] to divide us once again."

"It’s not about dividing. We as American people need to come together even stronger.” — @KingJames responds to @realDonaldTrump’s comments. pic.twitter.com/UHpzXpb42K

This is not the first time James, who endorsed Hillary Clinton in last November's presidential election, has publicly spoken out against President Trump: Following last month's white supremacist march in Charlottesville, Virginia, James referred to Trump as the "so-called president," and claimed he had "made [hate] fashionable again."