According to ESPN's Adrian Wojnarowski, the Cleveland Cavaliers have acquired All-Star center Andre Drummond from the Detroit Pistons. 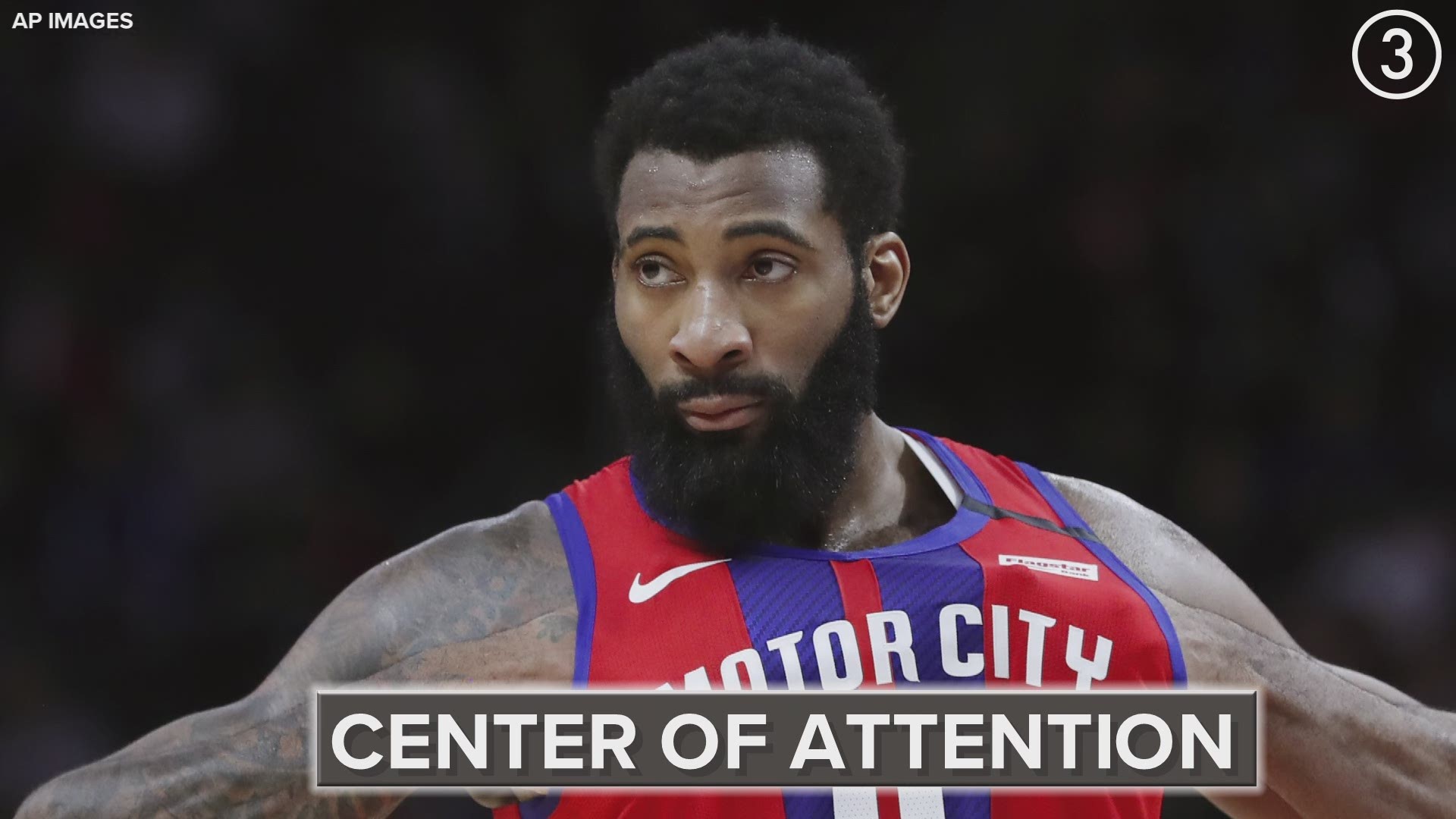 CLEVELAND — With the 2019 NBA trade deadline approaching, the Cleveland Cavaliers appear to have made one of the biggest deals. According to ESPN's Adrian Wojnarowski, the Cavs have acquired All-Star center Andre Drummond from the Detroit Pistons, just ahead of Thursday's 3 p.m. ET deadline.

Per Kevin O'Connor of The Ringer, the Cavs will send guard Brandon Knight, big man John Henson and a second-round pick to Detroit as a part of the deal. Both Knight and Henson's contracts expire at the end of the current season.

A 2-time All-Star, Drummond has been one of the league top defensive centers since entering the league as the No. 9 pick of the 2012 NBA Draft. In eight seasons with the Pistons, the Connecticut product has averaged 14.4 points and 13.9 rebounds per game.

In 49 games this season, the 26-year-old Drummond has averaged 17.8 points and an NBA-best 15.8 rebounds. He has previously led the NBA in rebounding in three different seasons, including each of the last two.

With a player option for the 2020-21 NBA season, Drummond possesses the potential to enter free agency in the coming offseason or opt into his deal for a $28.7 million salary next season. Considering that neither Henson and Knight were a part of Cleveland's long-term future, the Cavs are essentially giving up little more than a second-round pick to take what could be a three-month flier on one of the league's most talented big men.

Following Wednesday night's loss to the Oklahoma City Thunder, the Cavs currently lay claim to the NBA's second-worst record at 13-39. In Cleveland, Drummond will join a veteran frontcourt featuring Kevin Love and Tristan Thompson, as well as one of the league's youngest backcourts with Collin Sexton and Darius Garland.

Drummond's Cavs debut could come as early as Sunday, when Cleveland hosts the Los Angeles Clippers at Rocket Mortgage FieldHouse.