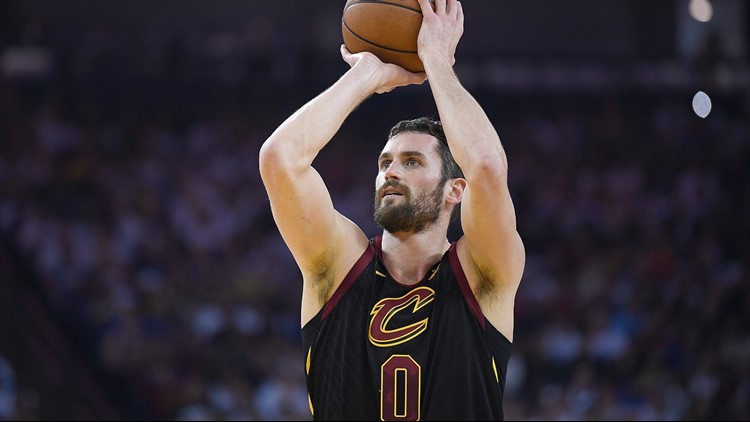 CLEVELAND -- After firing Tyronn Lue on Sunday, the Cleveland Cavaliers are currently without a head coach.

It now appears they'll be without their All-Star forward for the foreseeable future as well.

According to ESPN's Brian Windhorst and Adrian Wojnarowski, the Cavs are preparing for the "strong possibility" that Kevin Love could miss more than a month with an injured toe on his left foot. Love has missed Cleveland's last two games with what the team has deemed "foot soreness."

News of Love's elongated absence comes a day after the dismissal of Lue, following the team's 0-6 start to the 2018-19 season. Although the Cavs announced that assistant Larry Drew has been named the team's interim coach, Wojnarowski reports that he has yet to commit to the role for the rest of the season as he looks for an agreement that extends beyond the ongoing campaign.

A prolonged absence for Love could very well derail any remaining hopes the team has of competing for a playoff spot this season. A 5-time All-Star, Love is the team's leader in both points (19.0) and rebounds (13.5) following the offseason departure of LeBron James.

In July, Love signed a 4-year, $120 million extension with the Cavs. But following the team's sluggish start, the 30-year-old has already been the subject of trade rumors -- although he cannot be dealt until January as the result of his new deal.

Currently the only winless team remaining and laying claim to the worst point differential in the NBA, the Cavs will return to action on Tuesday when they host the Atlanta Hawks.