The Cleveland Cavaliers have parted ways with Larry Drew after he totaled a 19-57 record in the 2018-19 season. 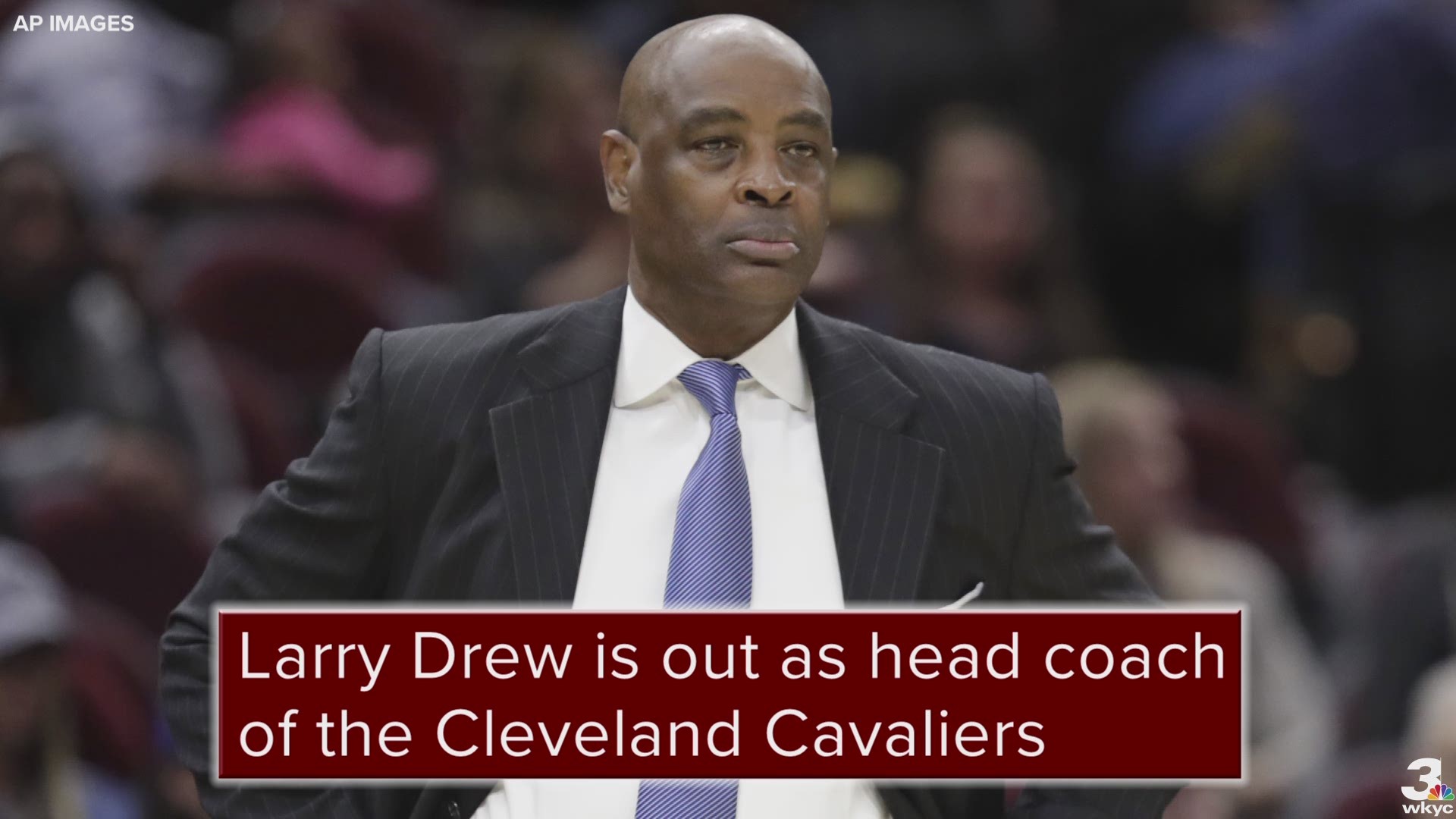 CLEVELAND – Following the October firing of Tyronn Lue, the Cleveland Cavaliers agreed to terms with promoted assistant coach Larry Drew, adding a second year option to the contract of their new head coach.

That option, however, ultimately proved null and void. On Thursday, the Cavs announced that they and Drew have agreed to mutually part ways.

“We have great respect and appreciation for Larry and the job that he did as the head coach of the Cavaliers for nearly the entire 2018-19 campaign. He brought professionalism, class and steady leadership both this past season and prior four years,” Cavs general manager Koby Altman said in a statement. “Larry and I had a productive discussion about this past season, the future of the franchise and the search process that we will shortly launch regarding the head coaching role. Larry respectfully declined to participate in the search process and will not be returning to coach the Cavaliers. All of us in Cleveland wish Larry nothing but the best going forward.”

The parting between the Cavs and Drew was largely expected. After succeeding Lue following Cleveland’s 0-6 start to the 2018-19 season, Drew proceeded to compile a 19-57 record in 76 games with the Cavs finishing the year with the third-worst record in the league.

Injuries didn’t help Drew’s cause, nor did the cautious approach the team took with its personnel with the playoffs firmly out of reach. Due in part to injury and rest, All-Star forward Kevin Love appeared in just 22 games, with center Tristan Thompson playing in a career-low 43 contests for similar reasons.

Veteran shooting guard J.R. Smith, meanwhile, mutually parted ways with the team on Nov. 20 but remained on the roster through the end of the season.

In addition rarely having his roster at full capacity, Drew found himself dealing with different – and sometimes mismatched -- personnel throughout the year, with the Cavs making three significant trades throughout the season. In those deals, which saw Cleveland part ways with veterans such as Kyle Korver, George Hill and Alec Burks, the Cavs prioritized acquiring draft picks while also taking on salary and players that didn’t necessarily mesh with their on-court needs.

To his credit, Drew seemingly excelled at helping develop the younger players on Cleveland’s roster, including rookie point guard Collin Sexton, who averaged 16.7 points and 3.0 assists while playing in all 82 of the team’s games. Additionally, second-year forward Cedi Osman improved his scoring average by nearly 10 points, posting 13.0 points and 4.7 rebounds in 76 games.

“I want to thank Dan Gilbert, Koby Altman, the entire organization, and especially our fans, for what has been a very special and rewarding time here in Cleveland. Koby and I had a good discussion following the season and have both decided that the best decision for each of us was that I would not return to coach the team,” said Drew. “I am very proud of what we accomplished over the last several years together and will always cherish our Championship. I also want to commend our players this season for the bond that they established, the way they approached their jobs and the hard work and growth they had every day. I am very proud of them and wish them the best as they continue to develop for the future.”

Without the 61-year-old Drew in the fold, the Cavs will seek a more long-term fit for their head coaching position. Thanks to their record – which included losses in the team’s final 10 games -- Cleveland will enter next month’s NBA Draft Lottery with the best odds available of landing a top-four selection (52.1 percent) and a 14 percent chance at securing the highly coveted No. 1 pick.