With the Los Angeles Lakers striking a deal for Anthony Davis, does that put in play a reunion between former Cleveland Cavaliers Kyrie Irving, LeBron James? 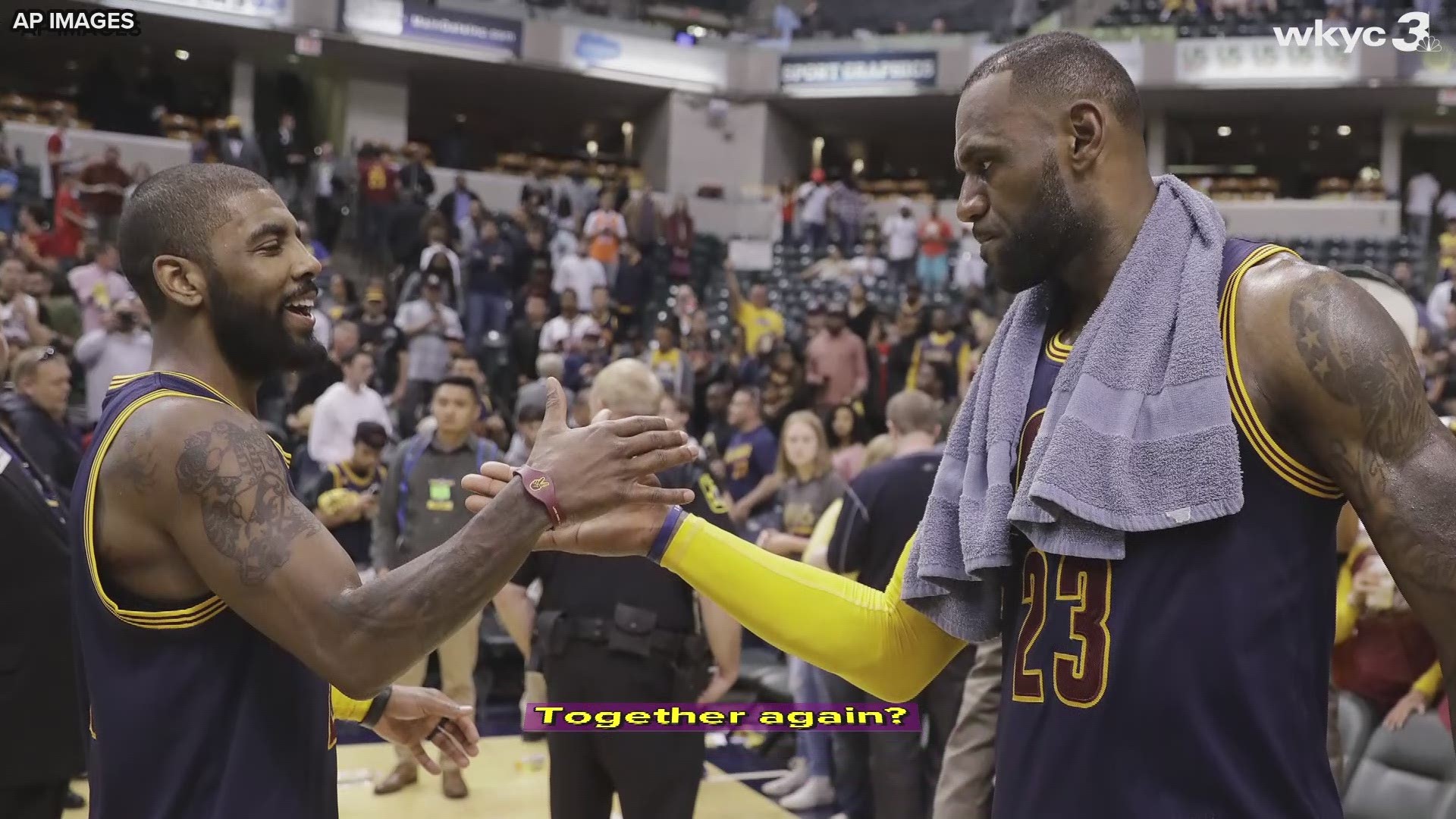 CLEVELAND — Kyrie Irving forced his way out of the Cleveland Cavaliers’ organization because he wanted to lead his own team after spending three seasons playing alongside LeBron James and never feeling he received the credit deserved for hitting the NBA Championship-winning shot in The Finals in 2016.

But with a new perspective, first because of the Boston Celtics’ struggles in the last two seasons, and then, after James’ new team, the Los Angeles Lakers, reportedly striking a deal to acquire multi-time NBA All-Star Anthony Davis over the weekend, Irving seems open to a reunion, according to Sam Amick and David Aldridge of The Athletic.

“It certainly matters that the two former Cavs co-stars reconciled back in January, when our Joe Vardon detailed the apology phone call heard ‘round the basketball world,” Amick wrote.

“What’s more, it was also clear back then that James was open to the possibility of a reunion. Just days before the Davis deal was done, a source close to James indicated some optimism that -- Nets noise be darned -- Irving was still in play for the Lakers.”

During the three years Irving played alongside James in Cleveland, he averaged 22.3 points, 5.28 assists, 3.1 rebounds and 1.3 steals over 200 games.

Overall, in Irving’s six-year career with the Cavaliers, he averaged 21.6 points, 3.4 rebounds, 5.5 assists and 1.3 steals per game. Irving converted 45.7 percent of his shots from the field, 38.3 percent from three-point range and 87.3 percent from the foul line.

After moving onto the Celtics, Irving ballooned his averages to 24.1 points, 4.4 rebounds and 6.1 assists per game while shooting .489/.404/.881 from the field, three-point range and free-throw line, respectively, and doing so while playing fewer minutes.

“If Davis waives his $4.7 million trade kicker, the Lakers will be able to add another star in free agency on a max contract,” Aldridge wrote.

“Whether it’s Kemba Walker, whom The New York Times’ Marc Stein reported as a potential Lakers target, or Kyrie Irving, whom sources have maintained for months wants to play with Davis, someone dynamic will likely be on the ball next season in L.A.”

James is looking for help because his first season in L.A. did not go as expected.

James’ numbers in every statistical category declined from his last year with the Cavaliers to this season in Los Angeles.

Additionally, the move to Los Angeles resulted in the end of James’ impressive run of eight straight trips to the NBA Finals, as his new team was eliminated from playoff contention with several games remaining in the regular season.