On Monday, Cleveland Cavaliers forward Kevin Love opened up with Carson Daly on 'Today' regarding his struggles with mental health. 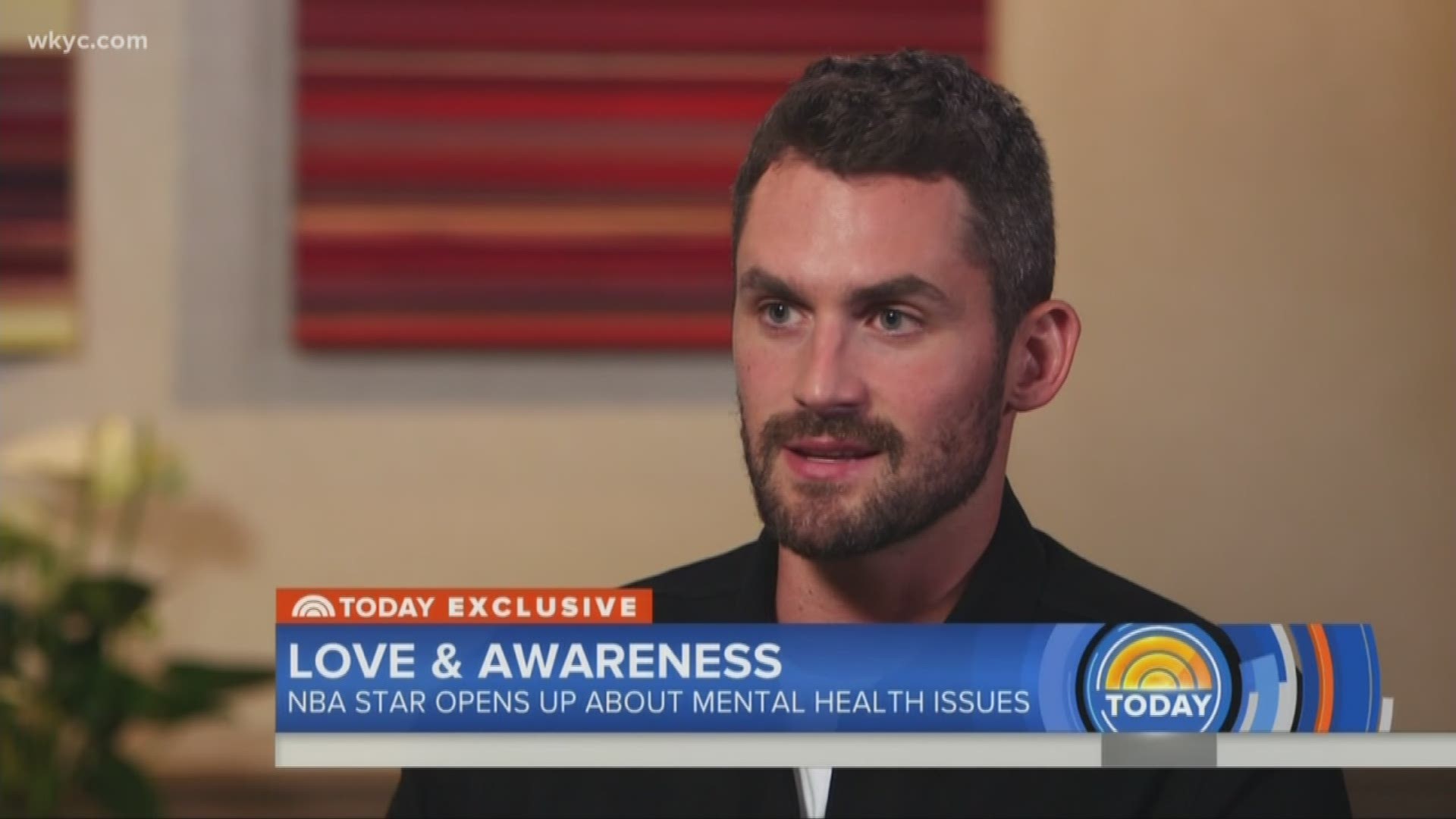 Earlier this year, Kevin Love revealed his struggles with mental health, which included a panic attack he suffered during one of the Cleveland Cavaliers' games.

Now the All-Star forward is providing more details on his battle and what he's learned since making his revelation nearly six months ago.

In an interview on "Today" with Carson Daly -- who says Love inspired him to open up about his own struggles -- Love discussed mental health, its perception and stigma. He also detailed the panic attack he suffered during the Cavs' matchup with the Atlanta Hawks last November.

"I had a moment where I thought I was going to die. I had never experienced something like that. I thought I was having a heart attack," said Love. "Heart racing. I was running around looking for something I couldn't find. I just wanted to get air. And so I ended up basically unconscious on the floor and putting my hand down my throat and trying to get something out of there, but there was nothing there."

In March, the 29-year-old Love shared his battle in an essay for The Players' Tribune, which was lauded with widespread praise. He said he felt inspired to keep the conversation going following the recent suicides committed by celebrities such as Kate Spade and Anthony Bourdain, as well as the recent HBO documentary centered upon Robin Williams.

"In our sport, or in life, being a man, you're taught to suppress it. You're taught to, in a lot of ways, suffer in silence," said Love. "I felt, not only could I tell my own story, but I'd be able to impact people and change just that one person's life."

In his interview, the 5-time All-Star also shared how former teammate LeBron James received his revelation. Although James took to Twitter to praise Love following the release of his essay, the two shared a more private interaction.

"It was a special moment for me, because he shook my hand, look me in my eye and said, 'You helped a lot of people today. That's important," Love recalled. "That was super powerful for me because his influence and having my back with that was super important to me."

Earlier this summer, the Cavs signed Love to a 4-year, $120 million extension. The Cavs will kick off the 2018-19 season on Oct. 17 when they face the Toronto Raptors on the road.