Following John Beilein's resignation, J.B. Bickerstaff will take over as the head coach of the Cleveland Cavaliers. 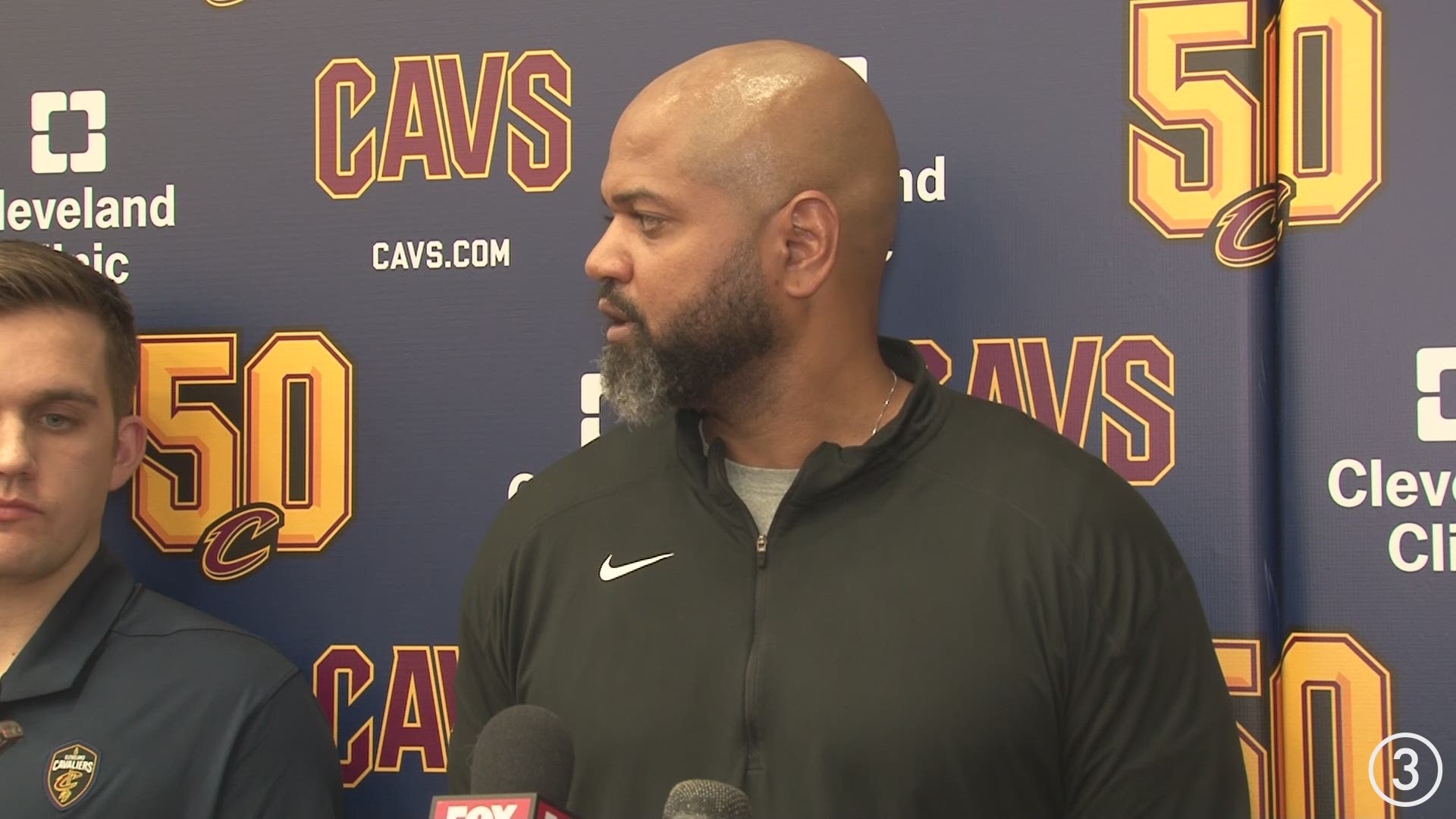 CLEVELAND — On Wednesday, the Cleveland Cavaliers announced that J.B. Bickerstaff has been promoted to head coach following John Beilein's resignation from the position.

With that in mind, here are five things to know about Bickerstaff, who will be the Cavs' seventh head coach in the past eight seasons.

Despite being one of the NBA's younger head coaches at 40-years-old, Bickerstaff takes over in Cleveland with no shortage of experience. The Cavs mark Bickerstaff's third head coaching job in the NBA after previous stints with the Houston Rockets and Memphis Grizzlies.

As is the case in Cleveland, Bickerstaff took over both of those positions in-season following the firing of a previous head coach. After succeeding Kevin McHale in Houston during the 2015-16 season, the Denver native amassed a 37-34 record as the Rockets' interim head coach, but wasn't retained following a five-game defeat at the hands of the Golden State Warriors in the first round of the NBA Playoffs.

In 2017, Bickerstaff was named Memphis' interim coach following the firing of David Fizdale. Despite finishing with just a 15-48 record, he was named as the Grizzlies' permanent head coach at season's end.

Bickerstaff's tenure in Memphis, however, would only last for one more year as he was fired after tallying a 33-49 record in the 2018-19 season. The firing came as a surprise to many as the Grizzlies clearly appeared to be in the midst of a rebuild.

In his three stints as a head coach, Bickerstaff has amassed an 85-131 record. With the Cavs, he won't carry an interim title, but will rather assume the position of full-time head coach.

Following a standout career at East High School in Denver, Bickerstaff began his college career at Oregon State in 1996. But after averaging 8.6 points in 28 games during his sophomore season, the 6-foot-6, 210-pound forward transferred to Minnesota.

According to GopherHole.com, Bickerstaff is remembered by Gophers fans for "his smart play, team spirit, leadership, and amazing basketball IQ."

After going undrafted in 2001, Bickerstaff served as Minnesota's Director of Operations before joining the Charlotte Bobcats' staff as an assistant coach in 2004. In 2007, he joined Randy Wittman's staff with the Minnesota Timberwolves, although it wasn't until he became a member of McHale's staff in Houston during the 2011-12 campaign that he enjoyed his first winning season as an assistant coach in the NBA.

"It's tough, to be honest with you," Bickerstaff told Minneapolis City Pages in 2011.  "I've got a lot of friends around the league and get to see their success, and it makes it really, really difficult.  But you do what you can every single day, and you just try to do your best at it.  It's our responsibility to show up and do our job.  Just because you're losing ballgames, you can't come out and not prepare, you can't come out and not work.  You have to try and master your craft everyday, and that's the way I look at it."

If the Bickerstaff name sounds familiar, that's probably because it's been a staple of NBA coaching circles since the 1970s. Bickerstaff's father, Bernie Bickerstaff, coached in the NBA from 1973-2012, including stints as the head coach of the Seattle SuperSonics, Denver Nuggets, Washington Bullets/Wizards, Charlotte Bobcats and Los Angeles Lakers (interim).

In that span, the elder Bickerstaff amassed a 419-518 record as a head coach, as well as a 12-21 mark in the playoffs. After ending his coaching career as a member of Mike Brown's Cleveland staff in 2014, he has since served as a Senior Basketball Advisor for the Cavs.

Credit: AP
Houston Rockets head coach J.B. Bickerstaff argues with an official in the second half of an NBA basketball game against the Atlanta Hawks, Saturday, March 19, 2016, in Atlanta. (AP Photo/John Bazemore)