On Wednesday, the Cleveland Cavaliers announced the hiring of Cal-Berkeley women's head coach Lindsay Gottlieb as an assistant on John Beilein's staff. 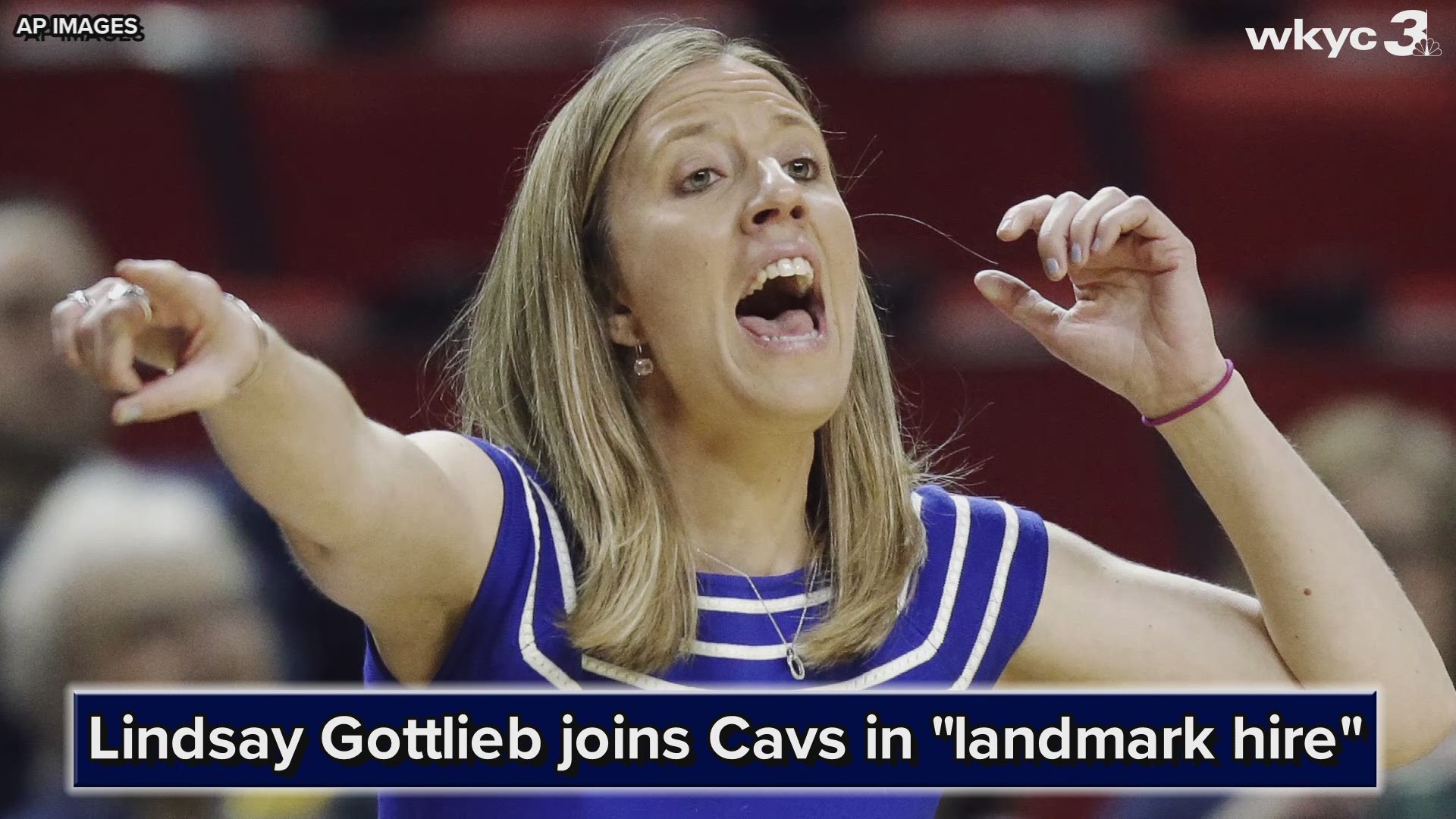 The Cleveland Cavaliers made waves on Wednesday they announced the hiring of Lindsay Gottlieb as an assistant coach on John Beilein's staff.

In coming to Cleveland, Gottlieb, who spent the past eight seasons as the head coach of the Cal-Berkeley women's team, becomes the first woman to become an NBA assistant coach from the college ranks.

What else is there to know about Gottlieb and what might she bring to the Cavs? Let's take a look with five things to know about Cleveland's newest assistant coach:

Even in the ultra-competitive world of women's basketball, you'd be hard pressed to find many head coaches with more of a knack for getting her teams to the postseason than Gottlieb. In fact, advancing past the regular season for the 41-year-old has become virtually guaranteed.

In her 11 seasons as a head coach -- three at UC Santa Barabra and eight at Cal-Berkeley -- Gottlieb guided her teams to nine postseason appearances, including eight NCAA Tournament bids. Furthermore, she led the Golden Bears to at least one NCAA Tournament win in six different seasons, including a run to the 2013 Final Four.

For an NBA coach, there's really no need to be on social media.

College basketball, however, is a different story.

Whether it's to recruit, promote your program or connect with your players, Twitter has become not just a useful tool, but arguably a mandatory one for college coaches. And with her head coaching career having coincided with the rise of social media, Gottlieb has been at the forefront of college basketball's Twitter revolution.

Even less than a day before her hiring with the Cavs was first announced, Gottlieb was posting from her account, @CalCoachG, which has amassed more than 11,200 followers. Whether sharing pictures of her son, supporting Cal's other athletic teams or praising her former players, the Scarsdale, New York, native has been one of social media's most active basketball coaches at any level.

Although Gottlieb is coming to Cleveland, she has previously been linked to one of the Cavs' former rivals.

With the crosstown Golden State Warriors emerging as a modern NBA dynasty, Gottlieb has been regular at the team's practices, according to ESPN's Adrian Wojnarowski.

"Gottlieb has long had an intrigue with the NBA," Wojnarowski wrote in his story breaking the news of her hiring on Wednesday. "She has been a regular visitor to Golden State Warriors practices as a guest of GM Bob Myers and coach Steve Kerr, and previously spent time at a LA Clippers training camp."

While her NBA experience may be limited, her interest in coaching at the pro level has been obvious. And if you're going to learn the league somewhere, there's no better place to do it than with the Warriors, who are currently attempting to win their fourth NBA title in the last five years.

Gottlieb is no stranger to the nontraditional path.

Prior to embarking on her coaching career -- which began as an assistant at Syracuse in 1999 -- Gottlieb spent her college career at Brown, where she played basketball during her freshman year. Following the passing of her mother, however, the guard opted to take time away from basketball, studying abroad in Australia, where she ultimately determined her future was in coaching.

"I knew that it was the perfect thing for me because it combined kind of my nerdiness and love of the X's and O's with the ability to impact 18- to 22-year-olds in a really significant way," she told Cal Sports Quarterly in 2012. "To be able to do what I love, basketball, and have this intense impact on people, I felt that was it."

In her senior season, Gottlieb returned to Brown, filling the roles of both player and assistant coach.

The rest, as they say, is history.

Gottlieb's NBA career might just be getting started, but she's already a Hall of Fame coach. In 2016, she was inducted into the Jewish Sports Hall of Fame of Northern California.

Given her vast array of accomplishments, it'd be tough to argue that her induction wasn't deserving -- and that there won't be more accolades to come. The Cavs might have gone outside the box for their latest hire, but Gottlieb more than meets the criteria of an accomplished assistant coach.