LeBron is one of three finalists for the award, joining Houston's James Harden and Anthony Davis of the Pelicans. 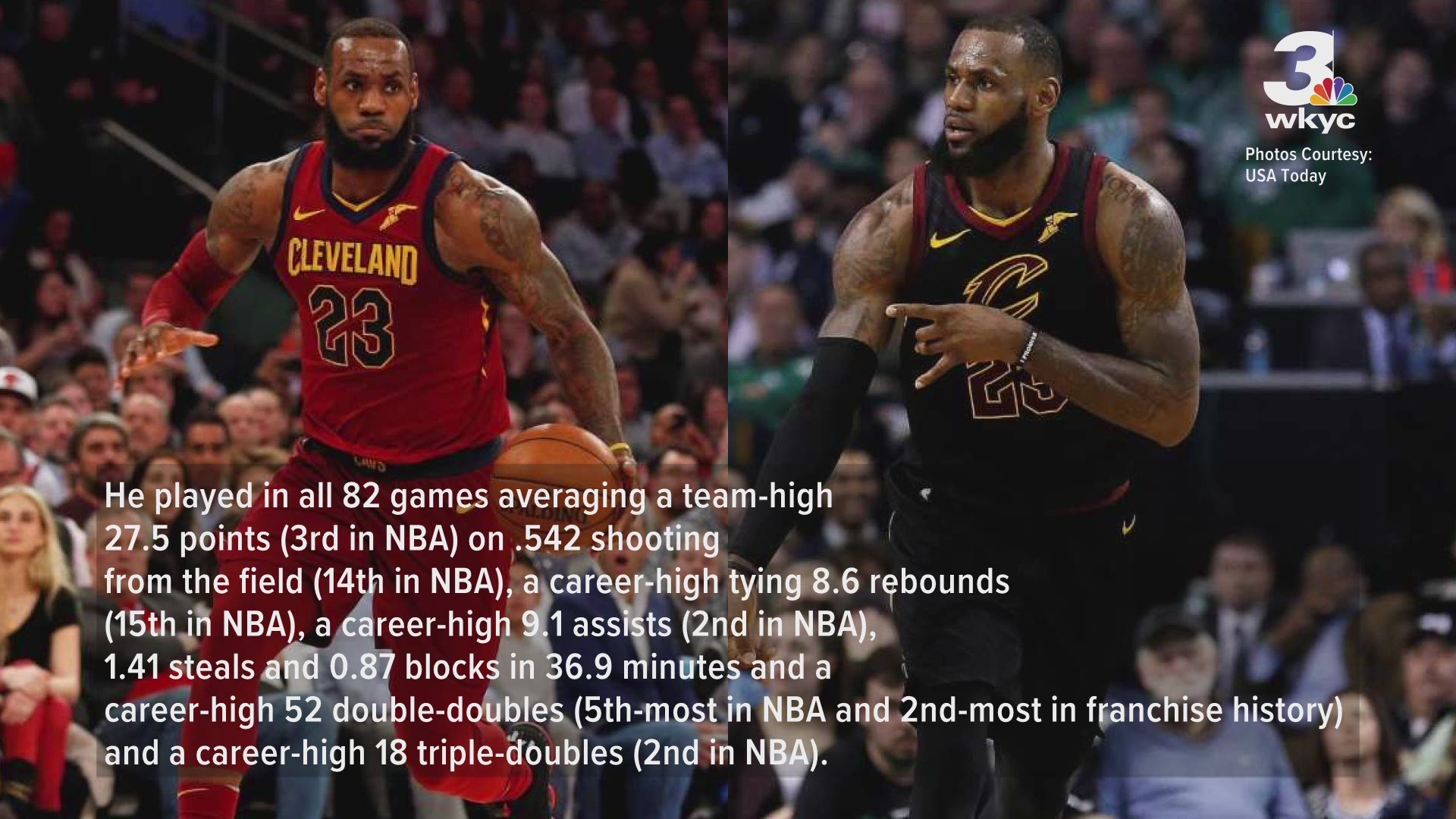 Despite the fact he is now 33-years-old, Cleveland Cavaliers superstar LeBron James is showing no signs of slowing down.

On Wednesday, James was announced as one of three finalists for the 2017-18 Kia NBA Most Valuable Player award, joining Houston's James Harden and New Orleans' Anthony Davis.

In a season that was anything but normal for the Cavaliers, James elevated his game to an amazing level. He played in all 82 games for the first time in his storied career. James' staggering list of regular season statistics included: averaging a team-high 27.5 points (3rd in NBA) on .542 shooting from the field (14th in NBA), a career-high tying 8.6 rebounds (15th in NBA), a career-high 9.1 assists (2nd in NBA), 1.41 steals and 0.87 blocks in 36.9 minutes.

James was named the Kia NBA Eastern Conference Player of the Month four times during the year and has now won the award 38 times in his career.

The winner of the NBA's MVP will be revealed at the 2018 NBA Awards on Monday, June 25.

Meanwhile, LeBron will be back on the floor with his Cavaliers teammates on Saturday for Game 3 of the Eastern Conference Finals at Quicken Loans Arena against the Boston Celtics, who lead the best-of-seven series 2-0.