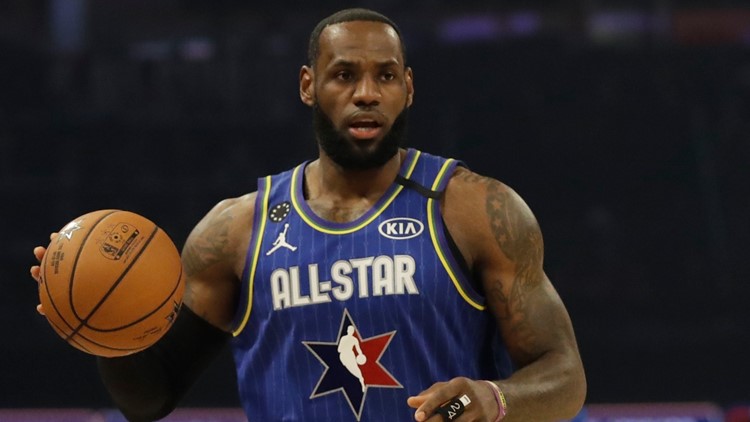 Photo by: AP
LeBron James of the Los Angeles Lakers dribbles during the first half of the NBA All-Star basketball game Sunday, Feb. 16, 2020, in Chicago. (AP Photo/Nam Huh)

LOS ANGELES — LeBron James has already positioned himself as one of the most marketable personalities on the planet. Now, he's only adding to his resume.

AT&T announced they have tapped James to be the spokesperson for their AT&T TV service, which launched nationwide on Monday. The "long-term strategic partnership" will see the basketball legend promote the new program that attempts to combine live television and streaming, and he does so in the first 15-second spot in which he tells his voice-activated remote to put three college basketball games and a "Tom & Jerry" episode on his multi-screen setup.

You can watch the ad below:

For his efforts, James will not only be well-compensated, but AT&T will also help build a learning institute at the in-progress I PROMISE Village. The setup, inspired by the school of the same name, will provide housing for students in need and their families in James' hometown of Akron.

"To have one of the biggest communications companies in the world believe in my kids and the work we’re doing to uplift families is incredible,' James said. "I’m excited about this partnership and the opportunities we’ll have to continue bringing people together across so many different platforms."

James, who spent the majority of his career with the Cavaliers and now plays for the Los Angeles Lakers, has partnered with AT&T in the past: The company owns WarnerMedia, which is producing "Space Jam 2" (starring James) and has also worked with James' SpringHill Entertainment for the television programs "The Shop" and "Student Athlete."

"Through our extensive work with the NBA, WNBA and the WarnerMedia family of brands, we’ve grown to know LeBron as so much more than the star basketball player. His commitment to his foundation, empowering others, and storytelling combined with AT&T’s mission to inspire human progress through the power of communication and entertainment will create endless creative opportunities."