The Akron native, who now plays in LA, could be seen clapping from his luxury box after the Browns took the lead. 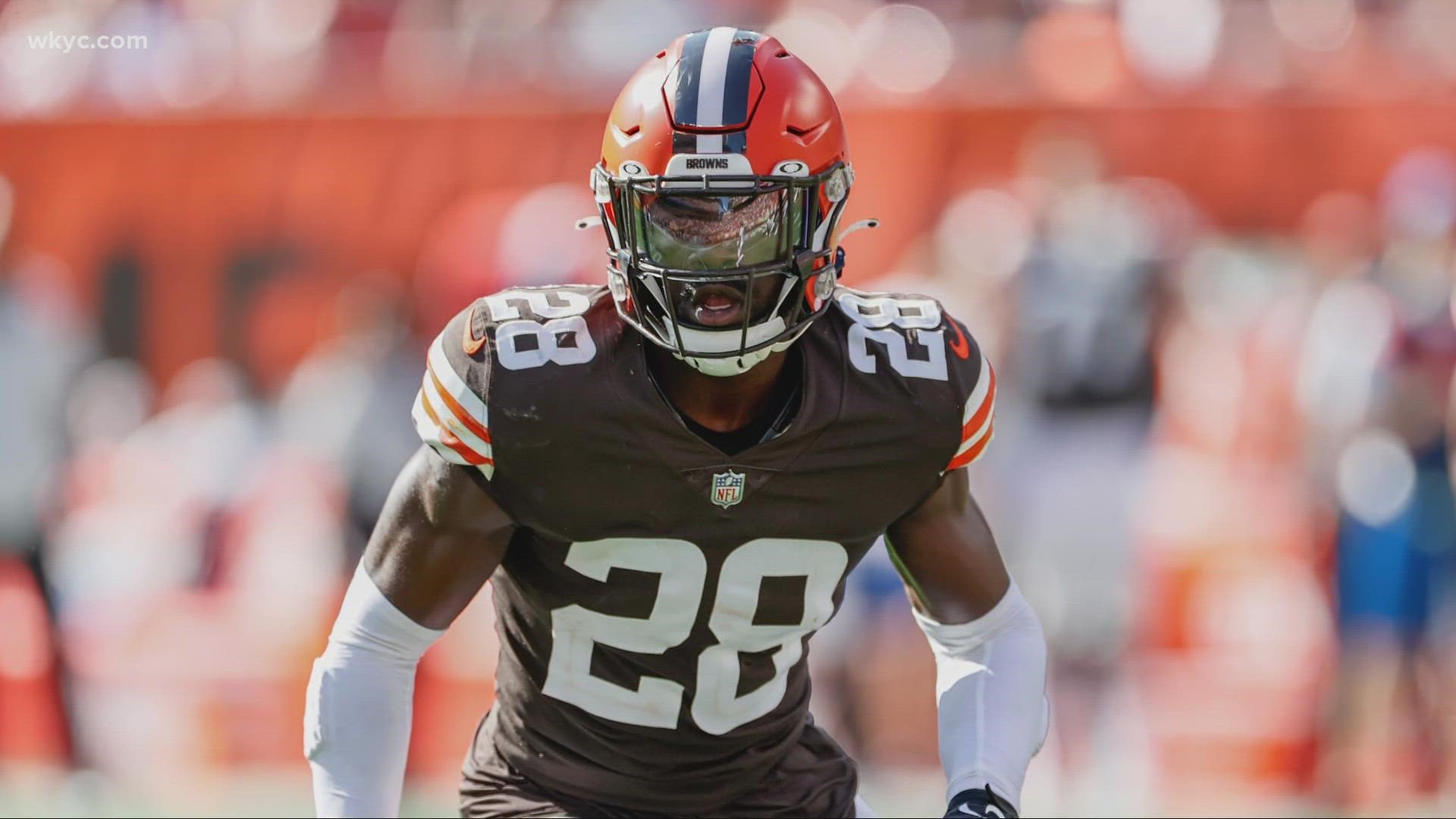 INGLEWOOD, Calif. — LeBron James wants to make it crystal clear that he's a Browns fan. This weekend, he has a rare opportunity to root for them in-person.

CBS television cameras caught James attending Cleveland's road game Sunday against the Los Angeles Chargers. The NBA legend and Akron native, who now plays for the LA Lakers, is taking in the action from a luxury box inside the glistening-new SoFi Stadium.

The timing couldn't have been better, as moments after LeBron was first shown on the screen the Browns re-took the lead on a 3-yard Kareen Hunt touchdown run just before halftime. James then jumped up out of his seat and enthusiastically clapped in celebration.

Although he grew up in Akron and spent the majority of his NBA career with the Cavaliers, James' true NFL loyalties have been questioned for years, as he rooted for the Dallas Cowboys as a child and later hung out on their sideline during one of their 2008 games... in Cleveland. However, he has regularly tweeted during Browns contests in recent years, and during a present-day guest appearance on Monday Night Football's "Manning Cast" removed all doubt that remained.

"I'm a Browns fan," James told Peyton and Eli Manning. "I did grow up a Cowboys fan but I’m down with the Browns and I want them to win, and they got a really good team this year and I’m looking forward to it."

LeBron is known for his basketball skills, of course, but was also a start football player at St. Vincent-St. Mary High School. Many believe he could've at least plated big-time college ball (and perhaps in the NFL) had he chosen that route.