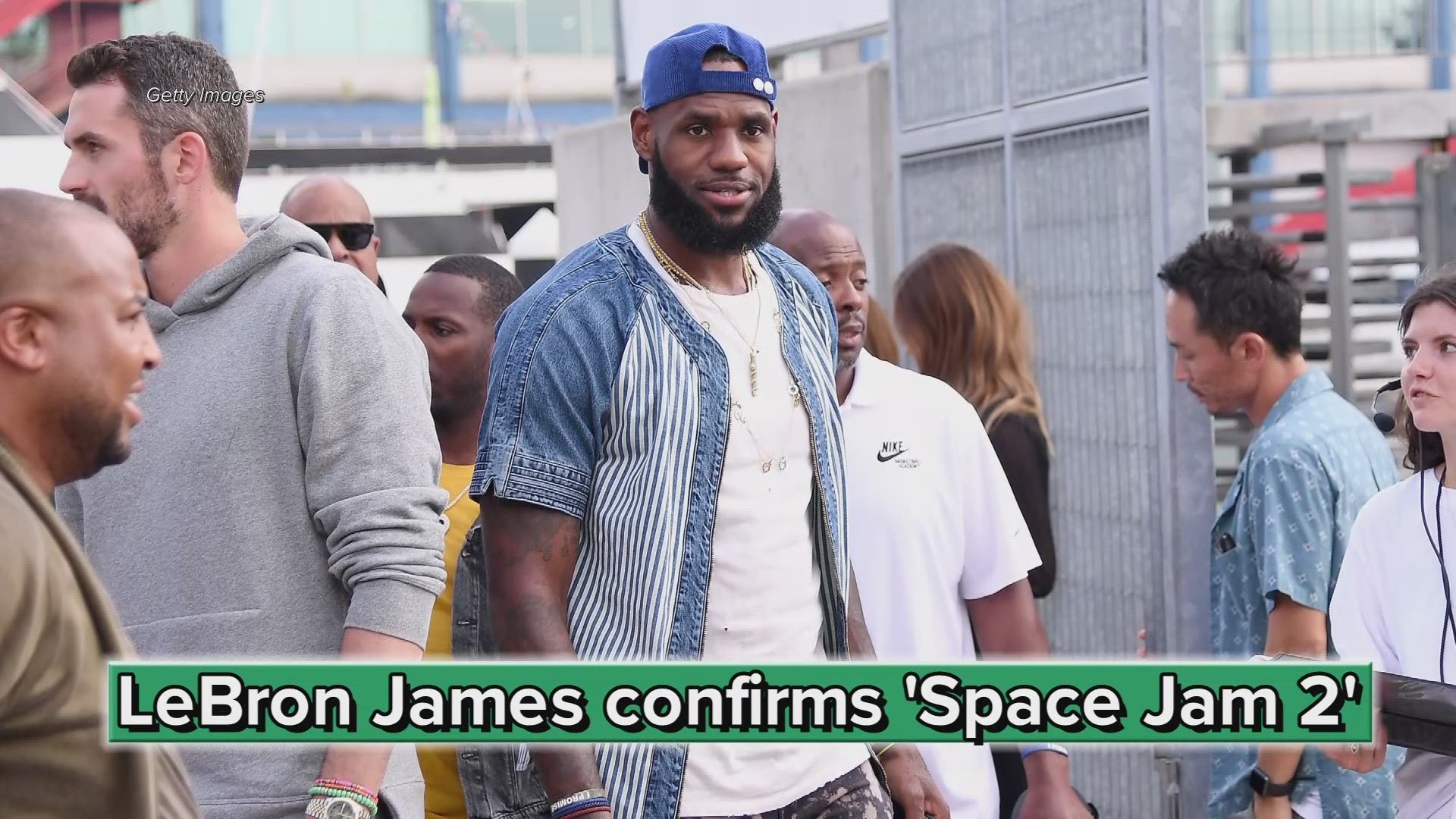 LeBron James is about to suit up for a new team -- and not just the Los Angeles Lakers.

Although a trailer never released after he announced his free agency decision this past summer, it appears James will in fact be joining the Tune Squad at some point in the near future.

On Wednesday, James' SpringHill entertainment revealed a teaser image for the highly anticipated "Space Jam 2," featuring James as a co-star -- alongside, of course, Bugs Bunny. What's more is the image also revealed the film's director, Terence Nance, as well as producer Ryan Coogler.

In an interview with The Hollywood Reporter, James confirmed the news of the film and the addition of Coogler, who is most famous for his role as the director of the 2018 hit film "Black Panther."

“I loved his vision” for Black Panther, James said, noting the absence of black superheroes during his childhood in Akron. "So for Ryan to be able to bring that to kids, it’s amazing.”

According to The Hollywood Reporter, "Space Jam 2" is set to begin production next summer, following the 2018-19 NBA season, which will mark James' first as a member of the Lakers. The film has been rumored -- and teased -- for quite some time, particularly after SpringHill formed a business relationship with Warner Brothers, which produced the original 1996 film starring Michael Jordan.

But while in February, James' friend and business partner Maverick Carter said the project is still "a ways off," that no longer appears to be the case. With James taking his talents to Hollywood, his presence on the silver screen is only likely to increase, with no project surrounded by more excitement than "Space Jam 2."