'So proud to call them family': LeBron James shows support for Goodyear amid President Trump's call for boycott of Akron-based company 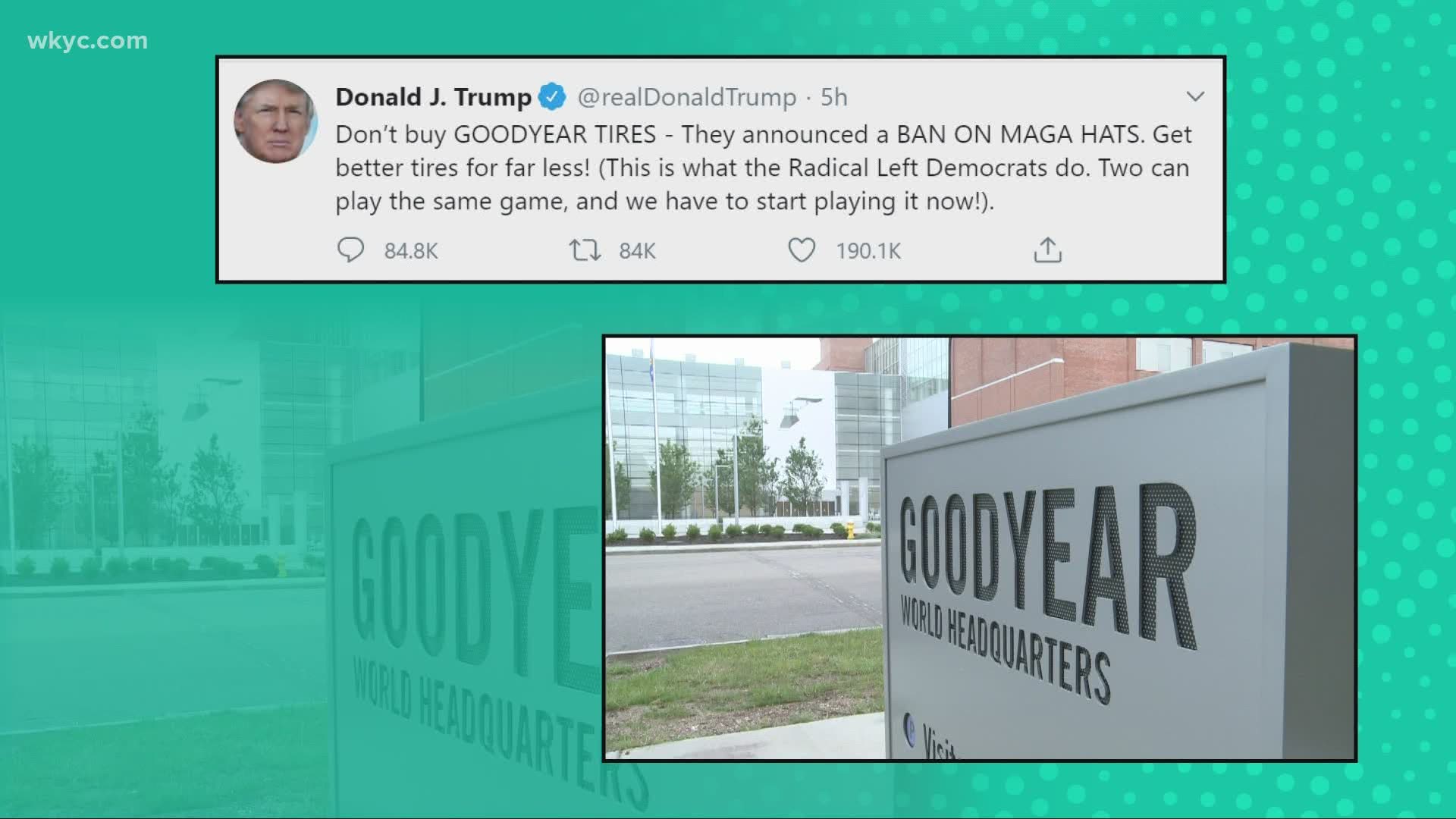 AKRON, Ohio — "The kid from Akron" is supporting the business from Akron.

NBA star LeBron James is letting his opinion be heard amid the ongoing standoff between United States President, Donald Trump, and Goodyear Tires.

The Akron native and current Los Angeles Laker took to Twitter on Friday afternoon, reposting photos from the Lebron James Family Foundation and thanking Goodyear for all of their work with the I Promise school over the years.

"We know what Goodyear means to Akron and to our I Promise students," the foundation shared in a post on Twitter, "they've created opportunities for our kids that will help them be more driven in their futures, and we're proud to call them family in everything we do... big or small."

LeBron echoed the sentiments from his foundation, quoting the tweet and writing "So PROUD to call them FAMILY!!!"

This is not the first time the all-star has gone against President Trump. LeBron has been vocal in the past about his dislike of the sitting Commander-in-Chief.

"I really don't think the basketball community [is] sad about losing his viewership, him viewing the game," James responded. "I hope everyone, no matter the race, no matter the color, no matter the size, will see what leadership that we have at the top in our country and understand that November is right around the corner and it's a big moment for us as Americans. If we continue to talk about, 'We want better. We want change,' we have an opportunity to do that. But the game will go on without his eyes on it. I can sit here and speak for all of us that love the game of basketball: We could care less."

In 2017, the 3-time NBA champion referred to Trump as a "bum" after the president disinvited Stephen Curry from visiting the White House -- an invitation the Golden State Warriors star had already turned down.