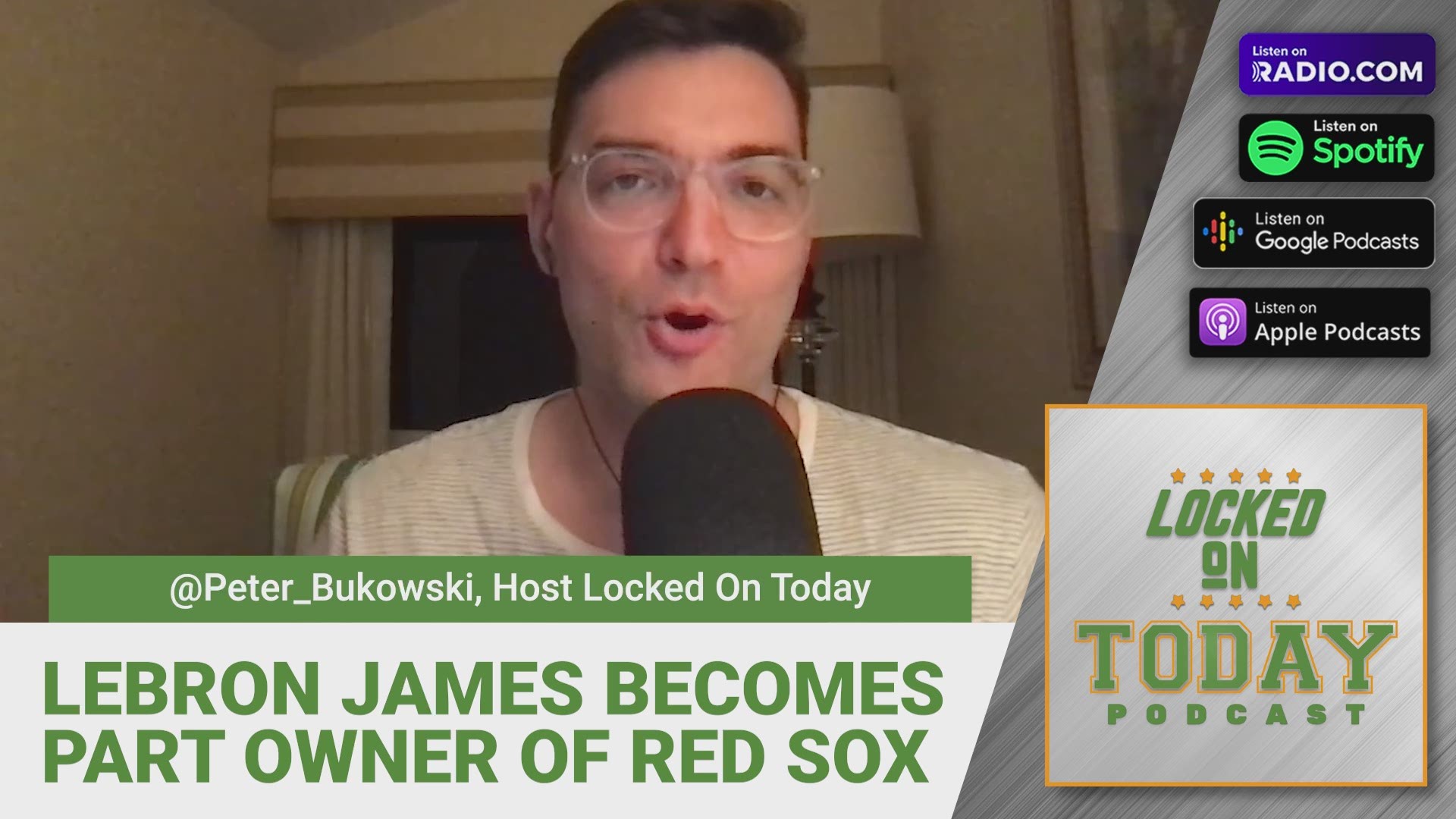 It's been a busy week for LeBron James.

Earlier this week, it was announced that the four-time NBA MVP and his longtime friend/business partner, Maverick Carter, had become partners in the Fenway Sports Group, making them part-owners of the Boston Red Sox. Then -- in addition to James' efforts in helping the Los Angeles Lakers defend their NBA title -- PepsiCo announced its new Mountain Dew energy drink, which James will be the public face of.

Having previously endorsed Coca-Cola since entering the NBA as an 18-year-old in 2003, James switched sides earlier this year, signing a new endorsement deal with the beverage giant's chief rival. In signing with PepsiCo, James will be endorsing Mtn Dew Rise Energy, which the company describes as "a new kind of energy drink specifically formulated with ingredients to kick off the morning with a mental boost, immune support, and zero grams of added sugar."

Legacies aren’t made overnight. They’re made in the morning 😤 https://t.co/CNQymYXUVR pic.twitter.com/IpU6WrCh8E

"It's important to me that I believe in the brands and products where I invest my time. When I first learned about the message behind the drink – the fact that every day is a chance to rise for all of us – that really resonated with me," James said in a press release. "The ability to rise and find motivation to do more and be more every single morning is powerful. I'm excited about the opportunity to bring that to life through this partnership with PepsiCo."

Marketed as a morning drink, Mtn Dew Rise Energy includes 180 mg of caffeine, vitamins A and C, as well as fruit juice and Citicoline, a dietary supplement that has been used to improve brain function. The product's flavors include Pomegranate Blue Burst, Orange Breeze, Strawberry Melon Spark, Tropical Sunrise, Berry Blitz and Peach Mango Dawn, with its can featuring a lion -- an animal that has long been associated with James.