As LeBron James' free agency approaches, the Los Angeles Lakers have emerged as the favorite to land the 4-time MVP. 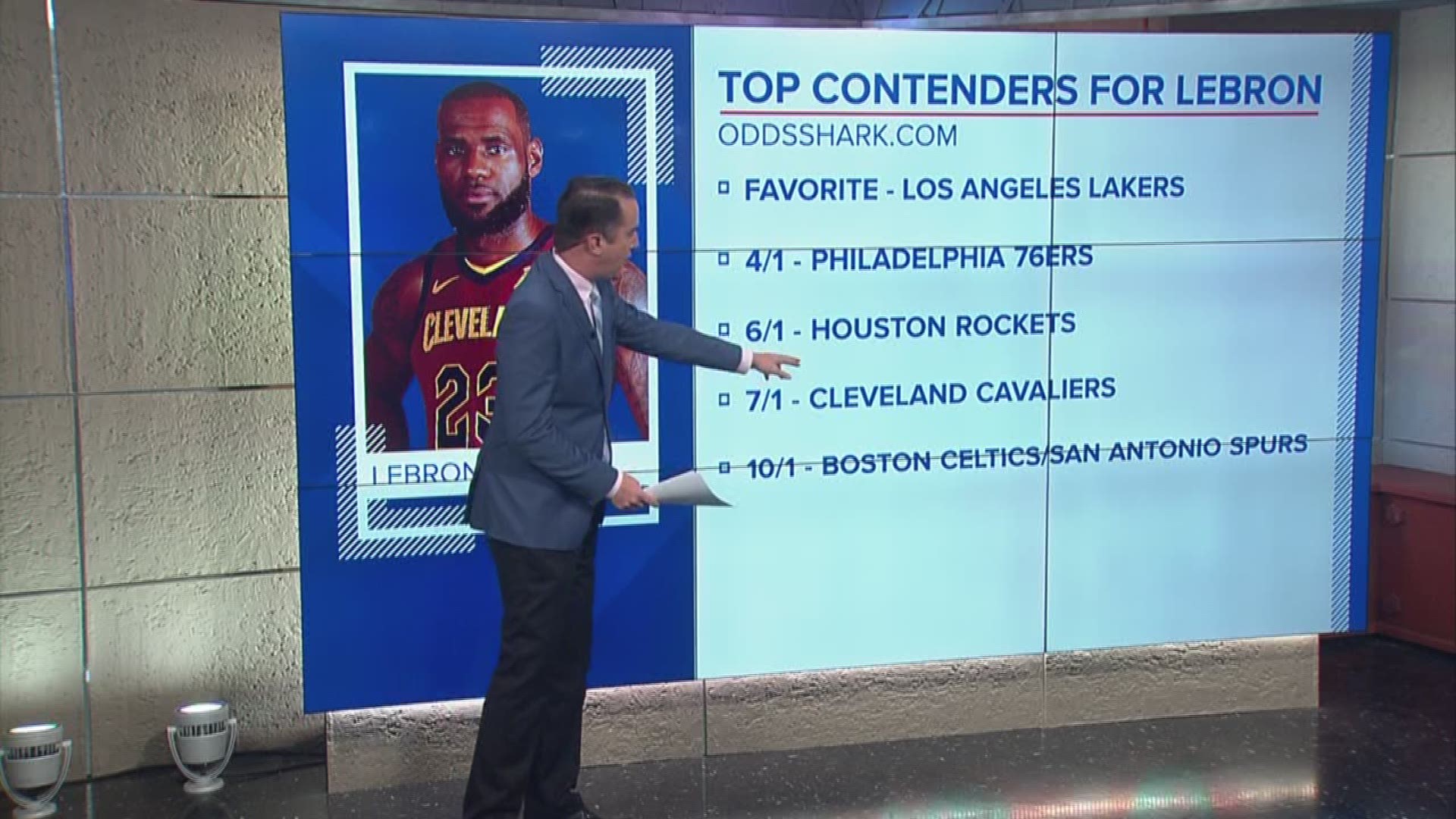 Dating back to the 2017 NBA Finals, LeBron James has been linked to the Los Angeles Lakers.

In a few weeks, that one-time fantasy -- for some, at least -- could become a reality.

Should he decline to pick up his player option with the Cleveland Cavaliers by June 29, James will hit the free agent market. And even if he does opt in, the 4-time MVP could conceivably force a trade to a team of his choosing.

In either scenario, Los Angeles -- which is one of the few teams to posses enough cap space to sign James outright -- appears to be a likely destination. So much so, that betting sites have proclaimed the Lakers as the new favorite to sign James this summer.

In its latest odds, OddsShark.com lists the Lakers as a -110 favorite to sign James this summer. That would mean that in order to make $100 on a successful bet, one would have to lay $110.

Perhaps most concerning for Cleveland is that the Cavs not only trail the Lakers, but the Philadelphia 76ers (4/1) and Houston Rockets (7/1) in the race for James' services. At 8/1 odds, a successful $100 bet on James remaining in Cleveland would net $800.

Although James has thus far been relatively mum regarding his future, the tea leaves and breadcrumbs that typically accompany his free agency have pointed to the Lakers. Earlier this week, former NBA star Gary Payton told BSO.com that James' son, LeBron James Jr., has already committed to play basketball at a Los Angeles high school.

With the NBA Draft a week away and James' opt-in deadline not long after, don't expect this to be the final time the betting odds shift.