Later this month, Nike will release a limited edition version of the LeBron 17 shoe, inspired by LeBron James' I PROMISE School in Akron. 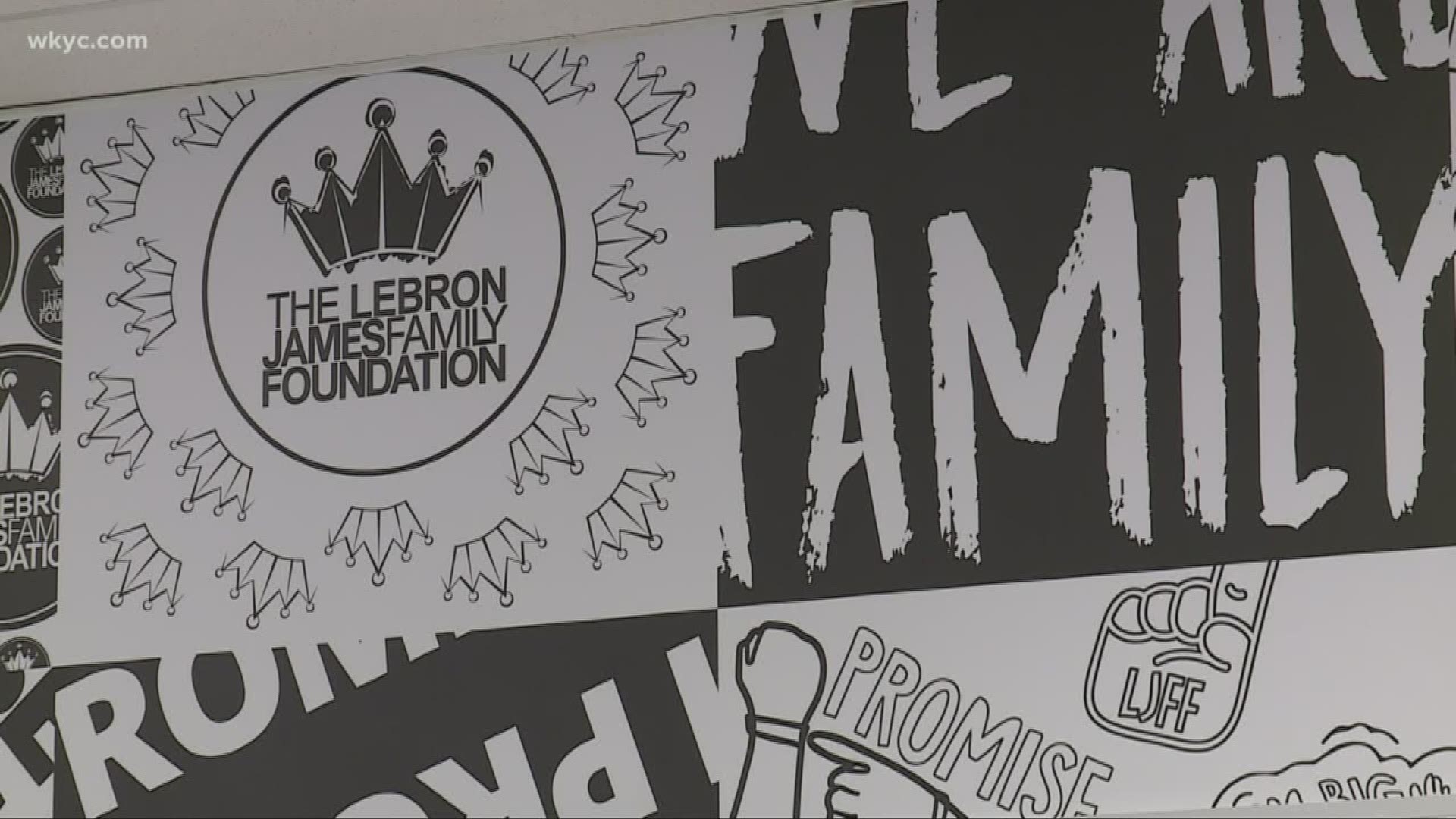 CLEVELAND — Later this month, Nike will release the latest edition of its LeBron James 17 sneakers.

And there's more to the shoe than just its colorful aesthetic.

As evidenced by the crown logo on the tongue and the lettering on the shoelaces, James' new Nike sneaker pays homage to his I PROMISE School in his hometown of Akron. In 2018, James opened the public school, which is designed to help at-risk children with a curriculum focused on science, technology, engineering and math.

"The LEBRON 17 I Promise is inspired by the I Promise School in Akron, Ohio, fueled by LeBron James’ commitment to improve education in his hometown," Nike said in a press release announcing the shoe. "His passionate optimism is characterized in the shoe’s colorful, kaleidoscopic upper and outsole.

While most have James' shoes have been made widely available over the course of the last year, it appears "I Promise" sneaker will be one of the model's more limited releases. According to Nike, it will officially release on Jan. 21 and made available on the Nike SNKRS app and Foot Locker's House of Hoops.

RELATED: LeBron James: It's still 'surreal' to walk through I PROMISE School one year after opening