LeBron James' I PROMISE School to be featured in documentary series: Watch the trailer

The I PROMISE series will take an in-depth look at the first year at the school, which opened its doors in 2018. 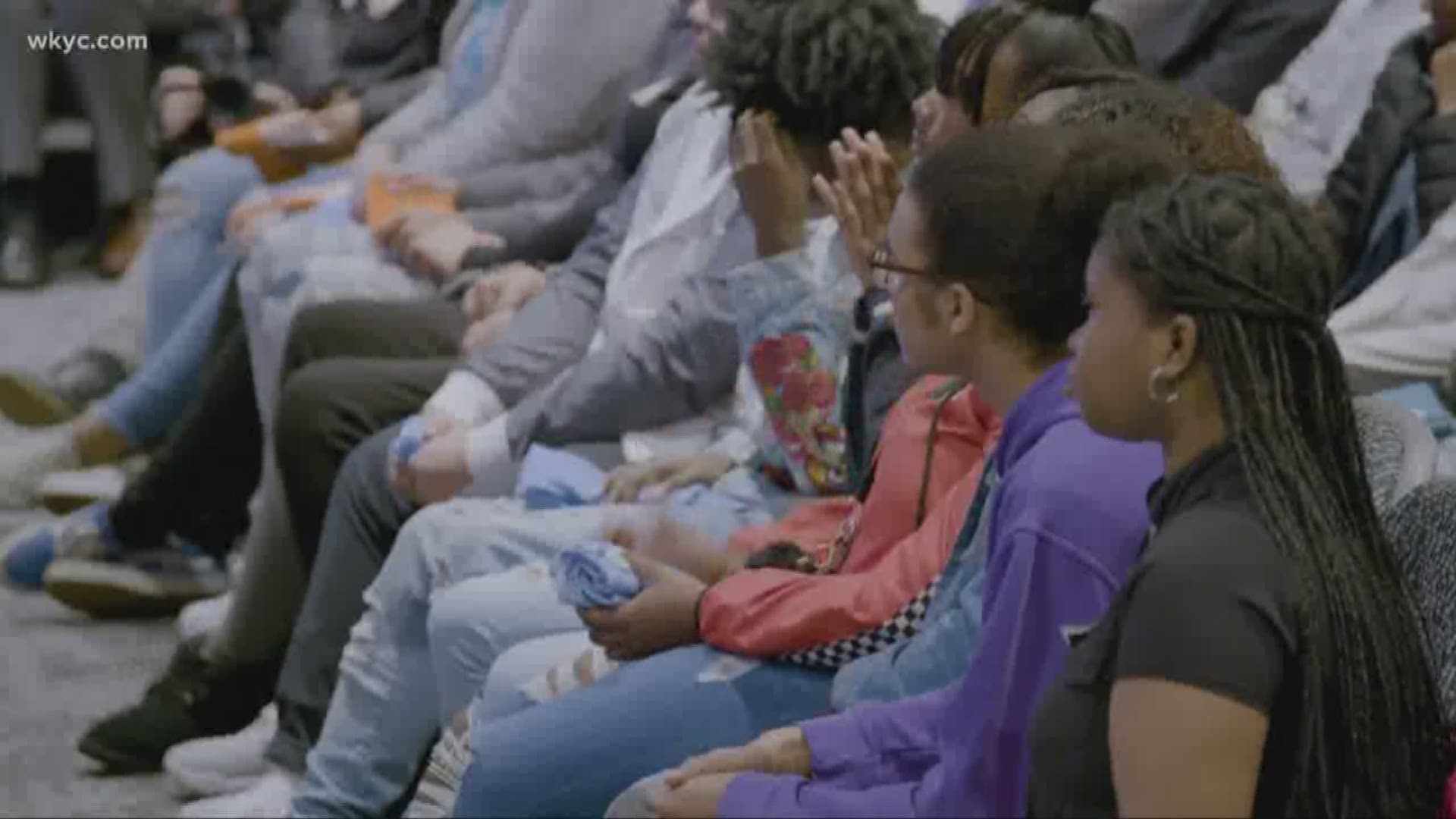 AKRON, Ohio — Students, faculty and families at LeBron James' I PROMISE school in Akron are about to be showcased in an amazing way.

Quibi and the I PROMISE school released a trailer for the upcoming I PROMISE documentary series on Monday morning. The series will take an in-depth look at the first academic year at the school, which opened its doors in 2018 and is part of the Akron Public School District.

According to a release issued by James' SpringHill Entertainment and Quibi, I PROMISE "will tell the story of LeBron James' efforts to close the achievement gap in his hometown of Akron, Ohio through the eyes of the inspiring students who are resetting expectations of their futures. The series will explore the day-to-day trials, triumphs, and life-changing impact of the school staff, students and families working together in a unique, family-first educational environment that embraces the trauma and challenges many face in Akron."

Some of those trials and triumphs are captured in the trailer. Also shown are moments from the school's July 2018 opening, plus sights and sounds from the I PROMISE classrooms, mixed in with comments from LeBron James.

"When you grow up in the inner-city, in the projects, no one cares about you," James says in the trailer while adding, "the goal of this school is to have these kids feel like super heroes."

You can watch the trailer in the player below:

The second year of the I PROMISE school has already seen several important milestones, including Kent State University's announcement last month that it has partnered with the LeBron James Family Foundation to provide free tuition for four years to all eligible students within the oldest I PROMISE Network class. Those students will also be given free room and board for one year.

In November, James made headlines when he revealed plans for the new "I PROMISE Village" that will provide transitional housing for students and their families of the Akron school. It is expected to be fully operational by the start of next school year in July of 2020.

The I PROMISE documentary series is directed by Marc Levin (Brick City, Chicagoland), and is being produced by James' SpringHill Entertainment, along with Verizon Media's RYOT and Blowback Productions.

RELATED: WATCH | Smucker's announces $1 million donation to LeBron James Family Foundation during 3News' 'It's About You'