JR Smith has officially signed with the Los Angeles Lakers

According to ESPN's Adrian Wojnarowski, JR Smith has signed his deal with the Los Angeles Lakers and will reunite with LeBron James. 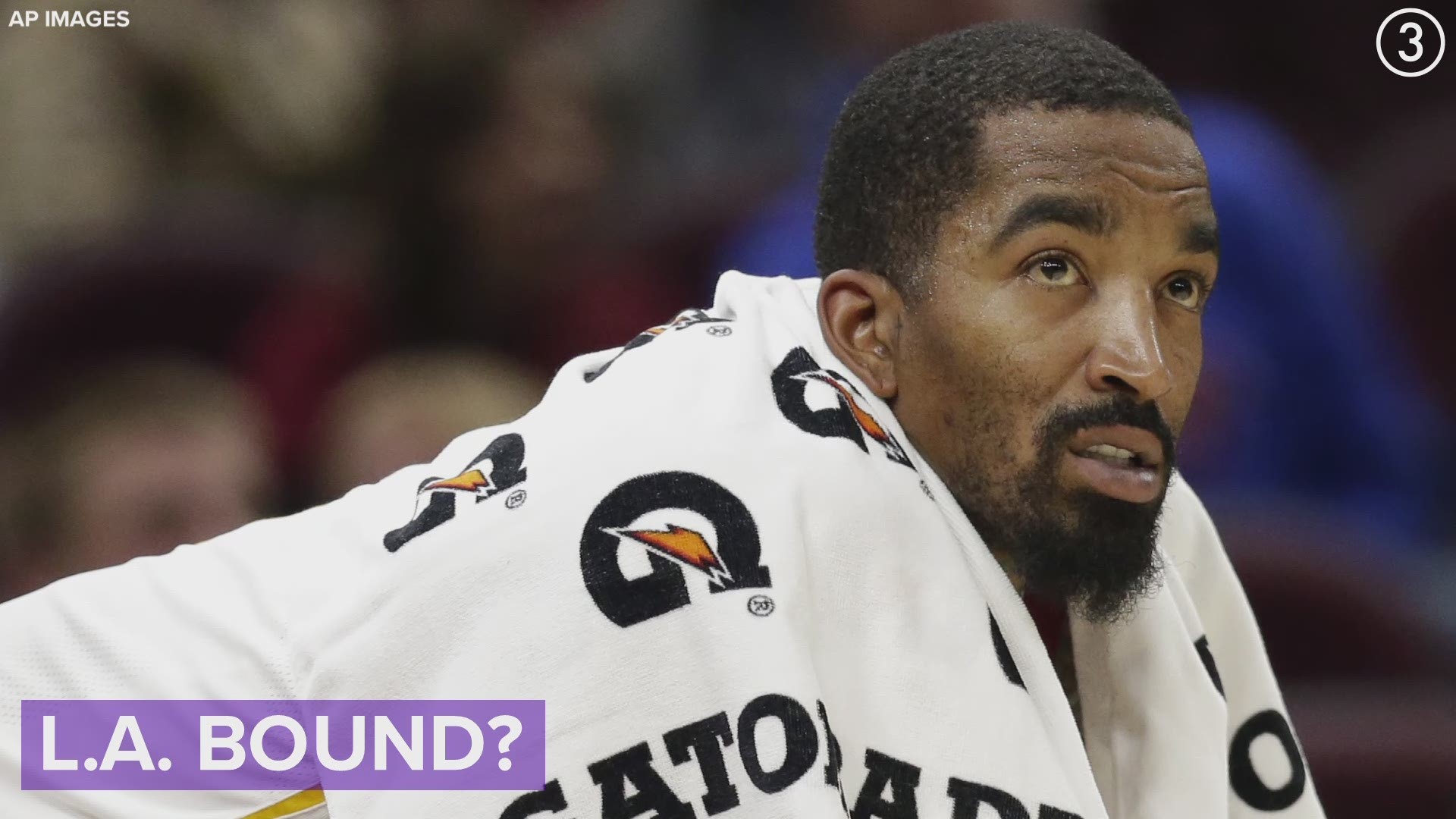 LOS ANGELES — According to ESPN's Adrian Wojnarowski, JR Smith has signed his contract with the Los Angeles Lakers ahead this month's NBA restart in Orlando.  Smith will wear No. 21 for L.A.

Last week, Avery Bradley informed the Los Angeles Lakers that he wouldn't be joining the team for the resumption of the NBA season in Orlando on July 30th.

In order to fill the void left by their starting shooting guard, the Lakers will reunite two of the most beloved players in Cleveland Cavaliers history.

Most recently, the 34-year-old Smith spent parts of five seasons as a member of the Cavs, four of which he spent playing alongside current Lakers star LeBron James.

In those five seasons in Cleveland, the former Sixth Man of the Year averaged 10.3 points on 38.1 percent shooting from 3-point range and started on four teams that reached the NBA Finals, including the Cavs' 2016 title team. His time in Cleveland came to an end when he and the Cavs mutually parted ways 15 games into the 2018-19 season, during which Smith requested a trade.

Upon becoming a free agent in 2019, Smith was consistently linked to the Lakers due to his close relationship with James and ability to space the floor. In March of this year, he worked out for the Lakers, who ultimately decided to sign another former Cavs guard in Dion Waiters.

In early June, the NBA approved plans to resume the 2019-20 season with 22 teams playing an eight-game regular season in Orlando followed by a postseason. When the league suspended its season on March 11 due to the coronavirus (COVID-19) pandemic, the Lakers laid claim to the best record in the Western Conference at 49-14.