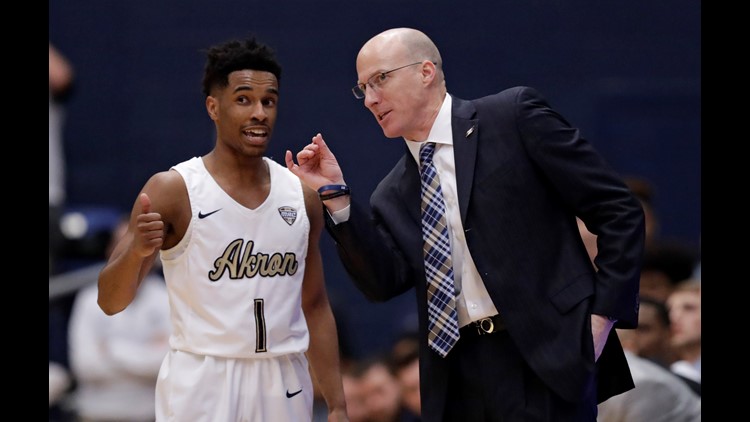 AKRON, Ohio — Following a breakout season in which he earned MAC Player of the Year honors, Akron point guard Loren Cristian Jackson now has another accolade to brag about.

The junior was one of the nation's top 40 mid-major players named to the Lou Henson All-America Team Wednesday night. Jackson and Northern Illinois point guard Eugene German are the only representatives from the Mid-American Conference.

The Chicago native helped the Zips capture the MAC regular season title by averaging team highs of 19.8 points and 4.5 assists per game. He poured in more than 30 points in a game on five occasions and scored a career-best 35 points three times.

Jackson ranked second in the MAC in scoring average and 30th in all of Division I.

The 5-foot-8 floor general led Akron to a 24-7 overall record and 14-4 conference mark by starting all 31 games. The Zips secured the top seed in the MAC tournament before it was canceled due to the coronavirus outbreak.