Physical distancing and mask-wearing will be enforced for players while off the court, and daily tests will be administered. 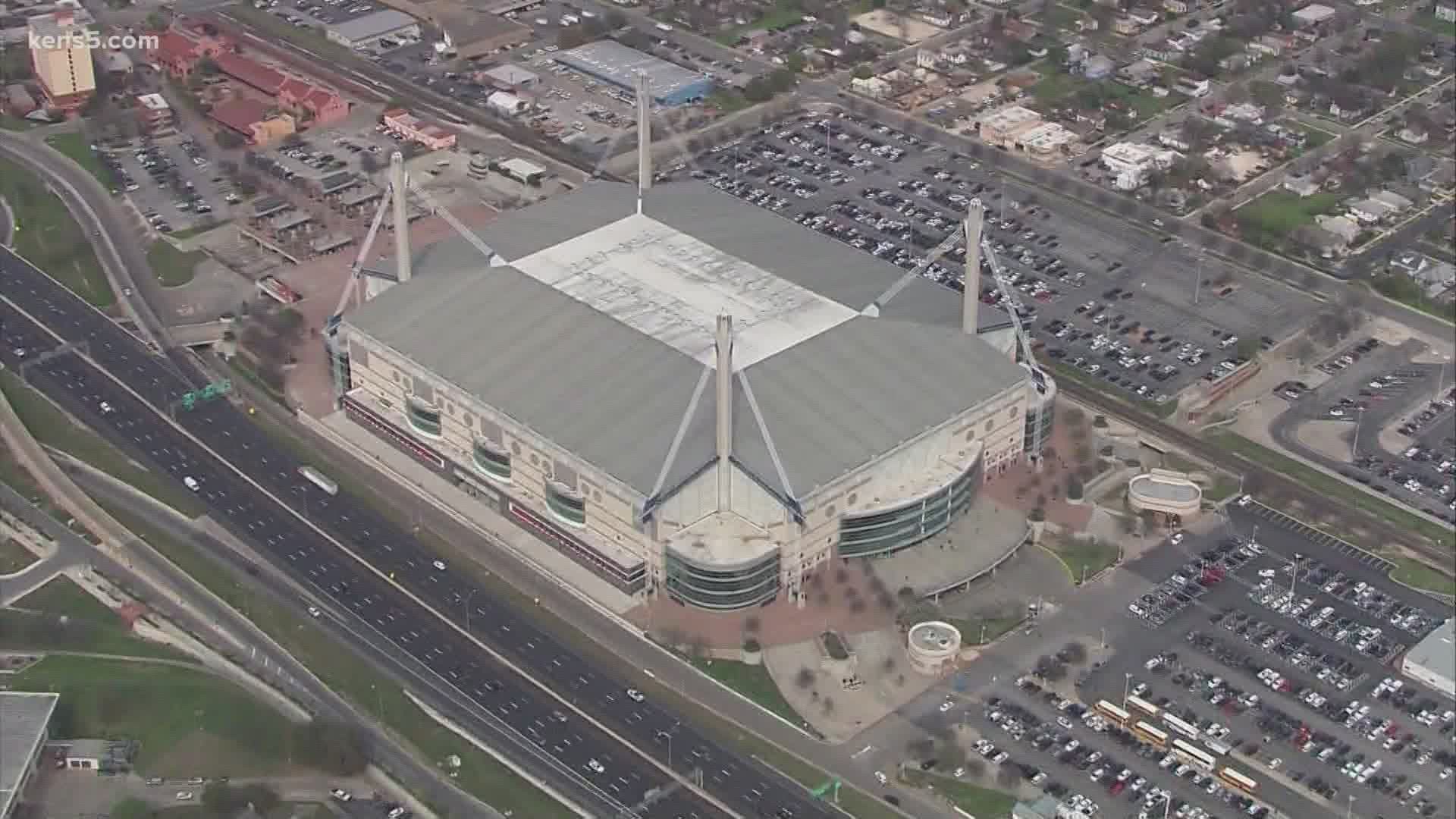 SAN ANTONIO — Physical distancing, daily testing and the wearing of contact-tracing devices are among the COVID-19 protocols the NCAA say it has finalized for when the 2021 women's basketball tournament gets underway in San Antonio.

Having previously been awarded host duties for the 2021 Final Four, it was announced last week that the entire tourney would now take place in the Alamo City as a way to reduce travel during the ongoing coronavirus pandemic. Some early-round matchups will also unfold in venues in San Marcos and Austin. The safety protocols, meanwhile, were announced on Friday.

Before arriving in San Antonio, players, coaches and other "Tier 1 official travel party participants" will have to test negative for the virus every day for seven consecutive days. If they end up testing positive on one of those days, or if they are otherwise already battling the virus, they won't be able to arrive in the Alamo City until "quarantine is completed."

That daily testing will continue "upon arrival and throughout the tournament."

As far as social distancing, the NCAA says the teams will stay in local hotels for their entire stay, and will eat in their rooms "or in physically distanced meals rooms with assigned seating." Except for on-court practice and game actions, social distancing will also be enforced elsewhere. The same goes for mask-wearing.

As an added layer of precaution, the NCAA says players and coaches will also be required to wear "contact-tracing devices" during practice and games; that way, should any of the tournament's Tier 1 participants test positive during the tournament, health authorities can consult data to see who else may need to quarantine.

Finally, the NCAA says it's limiting guests to six per Tier 1 participants, amounting to 408 guests "allowed in each venue per game." They'll be physically distanced in the stands from other "family clusters." Tournament officials say more information is coming in the future about further attendance at games.

The tournament is scheduled to begin March 21, and will end with an April 4 title game at the Alamodome.