3News Sports Anchor Nick Camino breaks down the favorites, the 'sleepers' and the Cinderellas as March Madness gets closer. 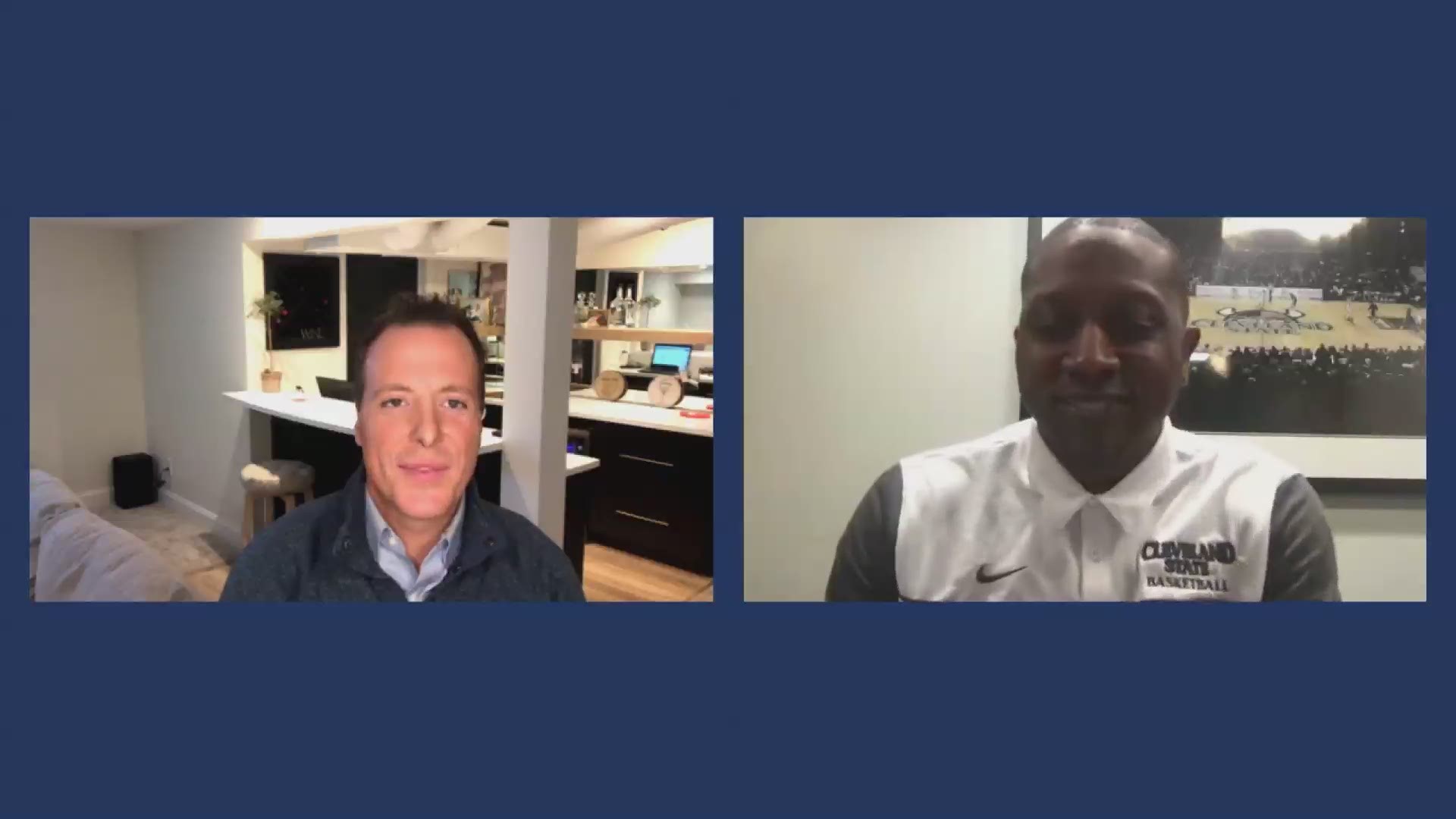 CLEVELAND — Now that the calendar has flipped to March, it means one thing – college basketball – and a lot of it. With Selection Sunday for the NCAA Tournament less than two weeks away and conference tournaments already tipping off, it’s time to start studying for March Madness to make sure your bracket predictions are not spoiled after the First Round.

Let me try to help.

When I break down my own bracket predictions, I try to group them into three categories.

1. Chalk, which are basically the favorites to win it all. The bluebloods. The schools that have become synonymous with March Madness, college hoops and taking home hardware come the beginning of April.

2. Sleepers, these are teams that may not be a No. 1 or even a No. 2 seed come bracket time, but these are schools that have the potential to make some noise and even have a shot to make the Final Four once 'The Big Dance' begins.

3. Cinderellas, the name speaks for itself. A name that makes March Madness so special. No, these teams probably can’t win it all, but if they get hot, look out! They’re going on a run this March and ruining plenty of brackets along the way.

Here are ten teams to watch for this March across all three categories, Chalk, Sleepers and Cinderellas.

Michigan (18-1, 13-1 in Big Ten) – The Wolverines are probably the best team I have watched all season. Juwan Howard has done an incredible job in just his second season at his alma mater. Michigan is the best team from the best basketball conference in the country right now. Little did we ever think Michigan would be a basketball school and the Big Ten would be a college hoops juggernaut. The Wolverines have their studs in Isaiah Livers, Franz Wagner and Hunter Dickenson, but it’s their ability to play as a team unit that makes them so dangerous come March.

Gonzaga (24-0, 15-0 in West Coast Conference) – Is there a school more synonymous in the last 20 years with the month of March than Gonzaga? I’ll listen to Duke, Kentucky and Kansas, but that may be it. Years ago Gonzaga, a small college in Spokane, Washington, was viewed as a “Cinderella." Now they are a powerhouse program. Mark Few is doing it again with the ‘Zags as they are unbeaten and offensively an elite group averaging 92.9 points per game. In March, you need stars and Gonzaga has four of them in Corey Kispert, Drew Timme, Jalen Suggs and Joel Ayayi.

Baylor (18-1, 10-1 in Big 12) – This is probably the best team Scott Drew has had since taking over the program in Waco in 2003. Baylor is everything you want in March. Fast, athletic, guard-heavy and experienced. Admittedly, the Bears have struggled since coming off of a COVID-19 break, but if Jared Butler and Davion Mitchell are hot, no one is outscoring these guards.

Illinois (18-6, 14-4 in Big Ten) – The scary thing about Illinois is it feels like they can beat anybody, but if they get upset before the Sweet 16 it probably would not surprise any college hoops diehards. Similar to Baylor, the Illini are guard-heavy, but they have an X-factor in big man Kofi Cockburn who averages 17.7 points per game and nearly 10 boards per night. Coach Brad Underwood is an experienced coach in March and this is probably his best team since taking over in Champaign.

Iowa (18-7, 12-6 in Big Ten) – Are we witnessing a trend here yet? Big Ten, Big Ten, Big Ten. The conference is absolutely loaded and the Hawkeyes remain in the discussion to reach a Final Four under Fran McCaffery. Iowa is coming off an impressive road victory at Ohio State, boasts potential Player of the Year Luka Garza, and have a group of outside shooters that can heat up. Defense and overall athleticism are a concern for this group and if opposing teams take away Garza, there are questions as to who else can take over a game for this talented bunch.

Ohio State (18-7, 12-7 in Big Ten) – It may be difficult to label Ohio State as “Chalk” anymore considering the Buckeyes have dropped three straight games in the rugged Big Ten and have struggled to consistently score the basketball at times. However, Chris Holtmann is a terrific head coach and his deep, balanced Buckeyes can still play with anyone. E.J. Liddell is a nice big averaging 15.9 points per game and nearly seven rebounds per night, while Duane Washington Jr. is a steady force averaging 15.3 points per game. Until this past week, the Buckeyes looked primed for a run to the Final Four, however three straight losses have some questions surrounding this group.

Florida State (14-4, 10-3 in ACC) – Admittedly, the ACC is not having one of its strongest seasons in recent memory. However, the Seminoles are still the best of the bunch and Leonard Hamilton’s team is not only balanced, they are experienced. Florida State doesn’t have one guy that can score 25 points per night, but they do have five players averaging nearly double figures. The ‘Noles are led by steady guard play in M.J. Walker and RaiQuan Gray.

Creighton (17-6, 13-5 in Big East) – Naturally if college hoops fans think of the Big East, they think Villanova. Two national championships in three seasons will do that. However, the second place team in the Big East right now are the Creighton Bluejays and this team can play with anyone. Longtime head coach Greg McDermott may just be overseeing his best team since taking over the program in 2010. The Bluejays have five players averaging double digits and while they are a balanced group, they also have Marcus Zegarowski who can take over a game.

Loyola Chicago (21-4, 16-2 in Missouri Valley Conference) – Are you still considered a “Cinderella” if you went to the Final Four just a few seasons ago and are currently ranked No. 20 in the country? While we debate that, let’s enjoy what head coach Porter Moser is doing again with the Ramblers. The MVC is an underrated conference and this team has tournament experience. While Loyola Chicago does not boast the guard play that we’ve seen teams ride to upsets with, center Cameron Krutwig has quickly become one of the best big men in the country averaging 15 points per game to go alone with six rebounds.

Utah State (16-7, 13-4 in Mountain West Conference) – The Aggies are flat-out dangerous. They have one of the best big men in the country in Neemias Queta (14.8 ppg, 9.7 rpg), one of the best three-point shooters in Brock Miller and a fundamentally sound team philosophy that allows them to play a solid, balanced brand of basketball. Utah State could be in for a deep run into March.

SUBSCRIBE: Check out our Locked On Buckeyes podcast below or wherever you listen to podcasts.