It's the first win of the season for the Zips and just their second under third-year head coach Tom Arth. 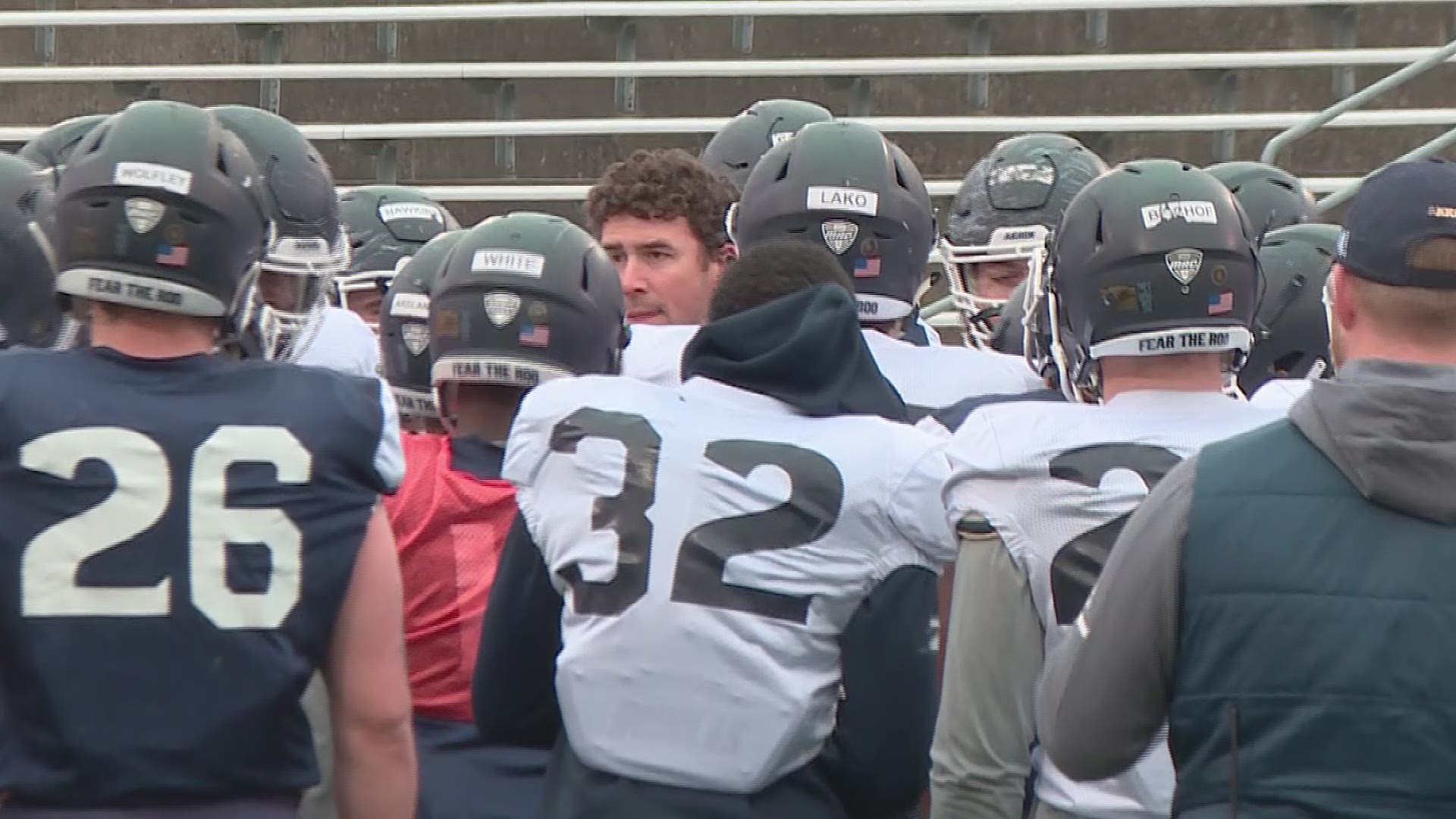 AKRON, Ohio — EDITOR'S NOTE: The video in the player above is from 2019

DJ Irons threw three touchdown passes and ran for another score to lead Akron to a 35-14 victory over Bryant.

With the game tied 14-14 early in the fourth quarter, Irons scrambled to his left before finding room down the right sideline for a TD to give the Zips (1-2) the lead. He added a 6-yard touchdown pass to Konata Mumpfield with 9:29 remaining.

Zevi Eckhaus completed 15 of 20 passes with a touchdown for Bryant (1-2), which played the program's first FBS opponent and first game in Ohio. However, it wasn't nearly nearly enough to match the JUCO transfer Irons, who tallied 442 yards of total offense to go with his 4 TDs.

The victory was just the second for Akron in its last 26 games dating back to 2018, and improves head coach Tom Arth's record to 2-19 since taking over the year after. Up next for the Zips? A prime-time showdown with No. 9 Ohio State next Saturday in Columbus.