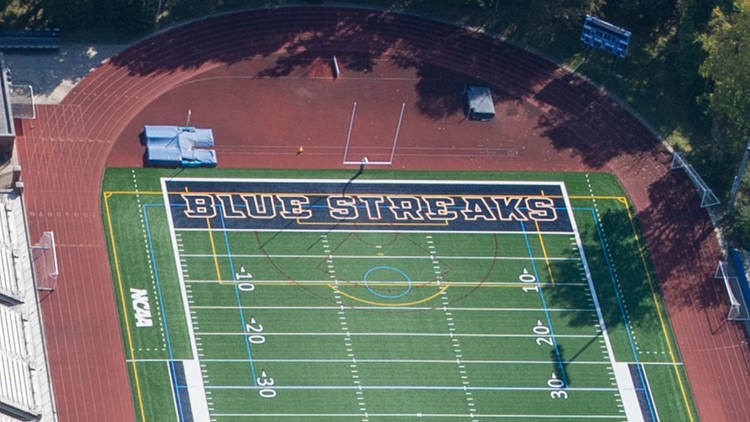 Photo by: Phil Long/AP Images for Goodyear
An aerial view from the Goodyear Blimp over John Carroll University in University Heights, Ohio.

BEXLEY, Ohio — John Carroll has always had a good football program, and on Saturday, it may have been at its absolute best.

The Blue Streaks improved to 4-1 on the season after a remarkable 90-0 win over the Capital Crusaders in Bexley, Ohio (a suburb of Columbus). According to the school, the point total is the most in the history of the Ohio Athletic Conference, while the score equals JCU's record margin originally set against Valparaiso way back in 1928.

JCU was a huge favorite and unsurprisingly led 28-0 at halftime. What was surprising, however, was the 62 points they put up after intermission.

The Blue Streaks racked up 695 yards of total offense in a total team effort, as four players scored at least two touchdowns. Michael Canganelli rushed for 156 yards an three TDs, while Howard Frazier had 104 yards and a score.

Incredibly, JCU possessed the ball for less than 20 minutes of play. The defense held the Crusaders to 141 yards, and Tyler Frederick led the team with eight tackles (including three for a loss).

The Blue Streaks are now tied for second in the OAC, with their only loss coming to powerhouse Mount Union. Capital sits tied for dead last at 0-5 overall.