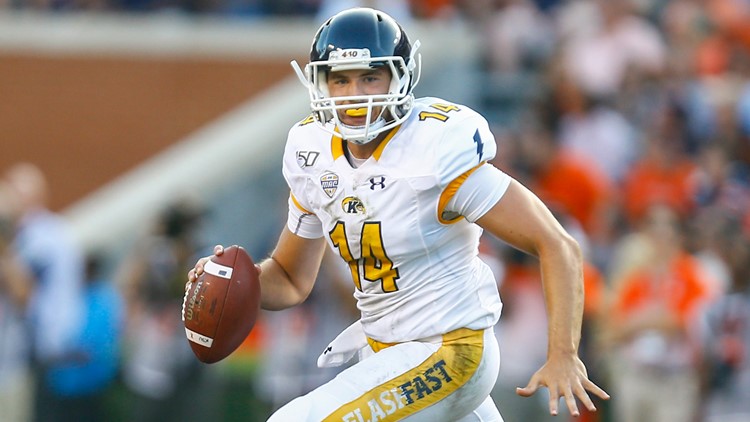 KENT, Ohio — For just the fourth time in its history, Kent State is going bowling.

The Golden Flashes on Sunday accepted an invitation to the Tropical Smoothie Cafe Frisco Bowl in Frisco, Texas. They will face Utah State out of the Mountain West Conference.

Led by second-year head coach Sean Lewis, KSU ended the season at 6-6 by winning its last three games, including a victory over Buffalo that saw the Flashes overcome a 27-6 fourth-quarter deficit. Junior quarterback and Midview grad Dustin Crum has emerged as a star with nearly 3,000 total yards and 23 combined touchdowns, while All-MAC corner Jamal Parker is tied for the team lead with three interceptions.

Gary Andersen's Aggies are 7-5, with all losses coming to bowl eligible teams (including No. 1 LSU). Siaosi Mariner leads the offense with 874 receiving yards and eight scores, while defensive end Tipa Galeai has 8.5 tackles for loss and five sacks.

While this is the eighth bowl game in the last nine years for Utah State, Kent State has not played in such a contest since 2012 when the team finished 11-3 and lost the GoDaddy.com Bowl (now known as the LendingTree Bowl) to Arkansas State. Previously, they fell in the 1954 Refrigerator Bowl to Delaware and in the 1972 Tangerine Bowl to Tampa.