WKYC's Ben Axelrod makes his picks against the spread for every game in Week 1 of the 2020 NFL season, including Chiefs vs. Texans and Rams vs. Cowboys. 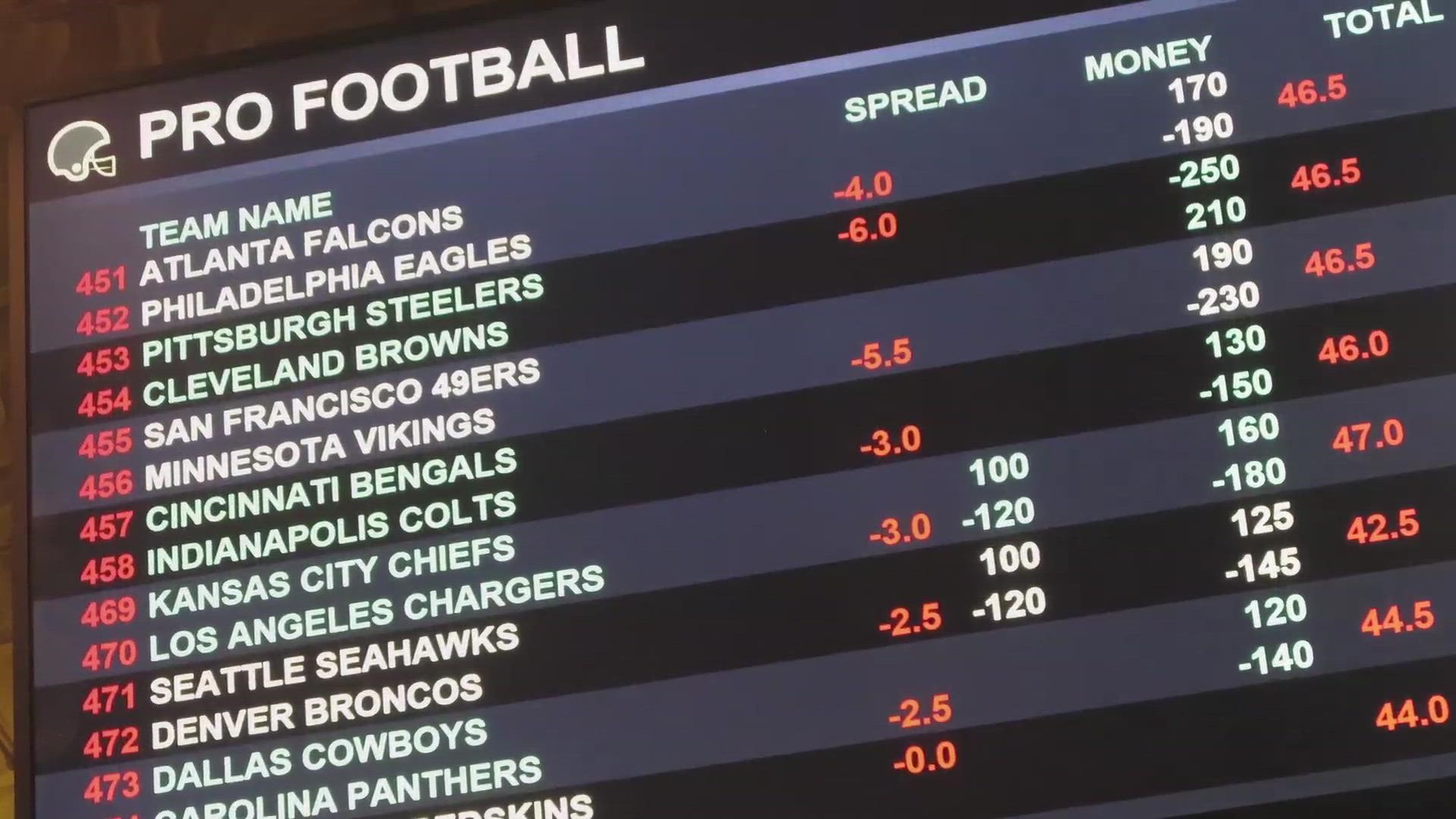 CLEVELAND — "Just when I thought I was out, they pull me back in!" - Michael Corleone (Al Pacino) in The Godfather Pt. III

I wasn't going to do picks this year. With all the uncertainty surrounding this season, it still doesn't feel real to me. Plus, who knows how factors such as limited crowd capacities and new health and safety precautions will affect these games?

But as Thursday night's opener between the Kansas City Chiefs and Houston Texans approaches, I found myself getting that itch (which is probably something I should talk to a therapist about). Alas, here are my picks for every game in Week 1 of the 2020 NFL season:

I may not have had a winning season last year, but I did win my Super Bowl bet. For that reason alone, I wouldn't dare go against Patrick Mahomes in the 2020 NFL Kickoff Game.

Cam Newton's arrival in New England has been generating a lot of positive headlines, but it's been five years since his MVP season of 2015. Meanwhile, Miami has put together a nice little roster, which should be capable of covering a 6.5-point spread.

Following last season's disappointing 6-10 campaign, the Browns should only improve with the addition of two new starting offensive tackles, as well as head coach Kevin Stefanski. I don't think they're ready to topple the Ravens just yet, but I do think they'll manage to keep it close.

The Bills have gotten some pushback as this season's offseason darling, but I'm buying the hype. Write off Josh Allen all you want, but a Buffalo passing game that was already good enough to make the playoffs should only improve following the offseason addition of Stefon Diggs.

The Raiders have received a lot of offseason buzz, but I'm not buying the hype. Carolina is clearly rebuilding, but possesses a proven quarterback in Teddy Bridgewater and enough talent on both sides of the ball to pull off a Week 1 upset.

This line confuses me to the point that I debated going against my instincts. But I'll go with my gut -- at least for this week -- and take Russell Wilson to cover a less-than-a-field-goal spread against a Falcons defense that still possesses plenty of question marks.

Dwayne Haskins' improvement in Year 2 is a big wild card for a Washington Football Team that appears to be its typical, dysfunctional self. Until I see it happen with my own eyes, however, I'll take the more proven Eagles to cover the less-than-a-touchdown spread.

I'm confused by this line, considering the Lions are just a few months removed from having the No. 3 overall pick. And while I'm still haunted by betting on Mitchell Trubisky in last season's Kickoff Game, I imagine Matt Nagy won't hesitate to make the switch to Nick Foles should Trubisky struggle.

I'm not sure how much Phillip Rivers has left in the tank, but that seems like a better question for Week 11 than Week 1. Until then, it's hard for me to imagine the Colts not having enough talent on both sides of the ball to beat a Jaguars team that's outright tanking.

The draft pick of Jordan Love tells me the Packers are more invested in their future than their present. The Vikings will have to overcome some injuries and the loss of Diggs, but between their talent and continuity, they should be able to do so.

I like the Chargers' roster better than the Bengals', but this comes down to the quarterback position. Tyrod Taylor is three years removed from his last season as a starter, while a big time debut for Joe Burrow is hardly out of the question.

From an offseason hype perspective, this year's Cardinals feel a little like last year's Browns. Considering the uncertainty of this offseason, I'll ride with smart coaches like Kyle Shanahan finding early-season success.

I've seen a lot of pushback on the Bucs' offseason buzz, but I'm buying the hype. Tom Brady doesn't need to be the 2007 version of himself, just an improvement from Jameis Winston. I don't know if Tampa Bay wins this one outright, but I do think it keeps it close enough to cover.

Much like with Shanahan, I'll stick with Sean McVay on this one -- especially against a Cowboys defense that still has major questions in its secondary.

I don't believe in Ben Roethlisberger's health at this point, but that's a concern for later in the season. More than anything, this is a bet against the Giants entering the season with an inexperienced head coach than it is a show of support for the Steelers.

If Drew Lock is going to make good on his offseason buzz, he certainly has his work cut out for him early. I don't think Tennessee is as good as the team that played in last season's AFC Title Game, but I do think that Mike Vrabel is the type of coach who will have his team ready for a Week 1 win.