WKYC's Ben Axelrod makes his picks against the spread for every game in Week 3 of the 2020 NFL season. 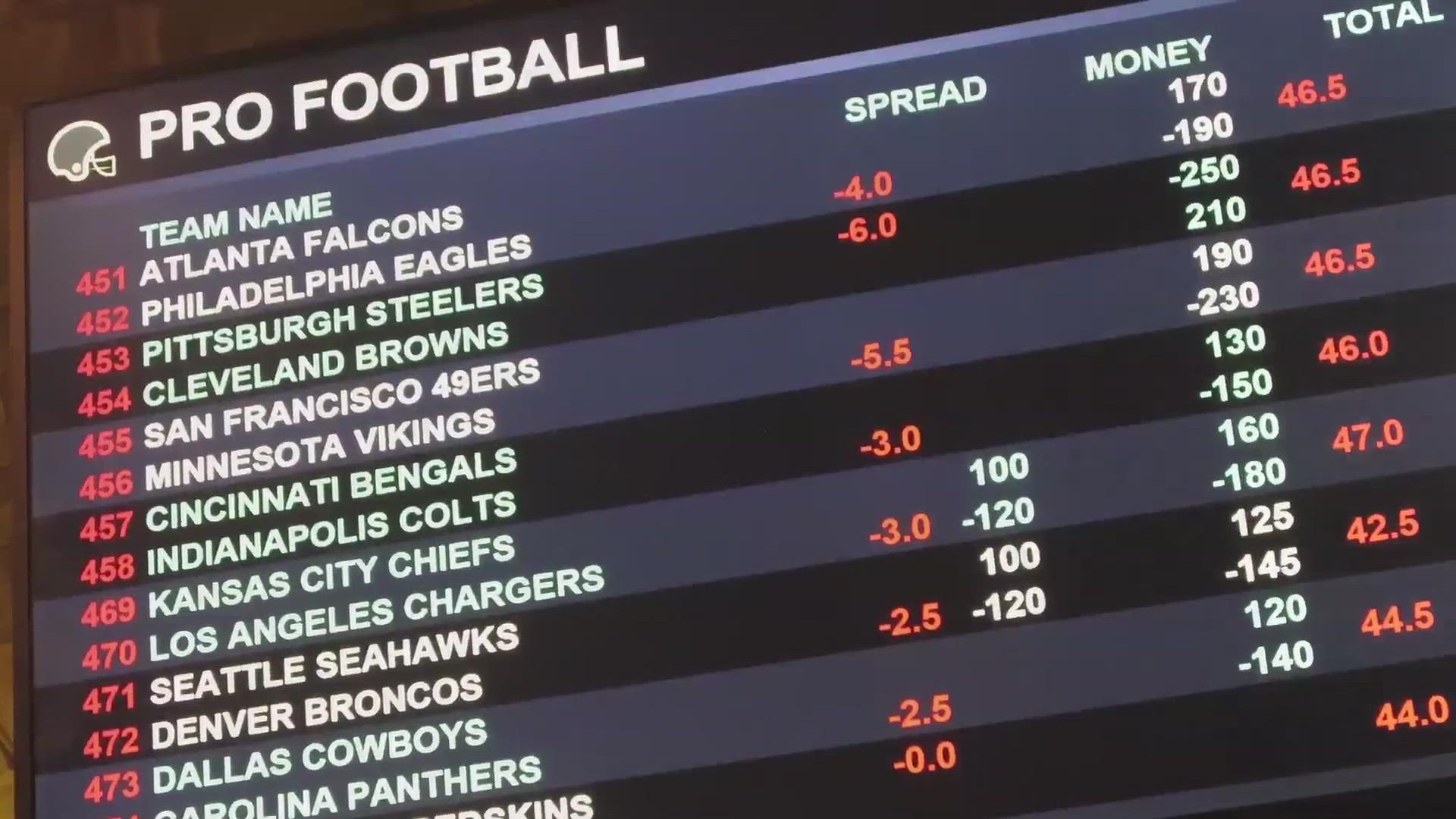 I didn't tally a winning record with my Week 2 picks, but I didn't record a losing one either, going 8-8 to bring my tally for the season to 14-17-1. I'm not quite where I want to be, but there's still plenty of time to get there. Let's try to do just that with my Week 3 NFL picks.

I'm still not buying that this Jaguars team isn't tanking. Give me a more-talented-than-it-gets-credit for Dolphins roster and the points in primetime.

Are the Raiders for real? We'll find out on Sunday. Until then, I'll ride with Bill Belichick bouncing back in a big way after last week's loss to Seattle.

Give me the Rams and the points and the Rams outright. After beating up on the Dolphins and Jets, the Bills could be in for a rude awakening against what has so far looked like one of the best teams in the NFC.

I feel like the Texans' lines still have been corrected to account for how different this team looks without DeAndre Hopkins. Until that happens, I'll continue to pick against them, particularly when I can get a team as good as the Steelers to have to cover less than a touchdown.

In a game between two teams banged up beyond belief, I'll take the one that still has its starting quarterback and the points at home.

The Vikings let me down last week, but I'm not convinced this team is bad enough to fall to 0-3. I think Minnesota pulls out all the stops against a Titans team that has failed to look as impressive as it did during last year's postseason.

The Browns almost proved me wrong last week, but Joe Burrow saved me with a backdoor cover. I think Washington is better than the Bengals are and should be able to do enough upfront to at least keep this one close.

Carson Wentz has been one of the worst -- if not the worst -- quarterbacks in football through the first two weeks of the season. This Bengals defense, however, may be just what he needs to get back on track.

After last week's loss to the Cowboys, the Falcons' season can go one of two ways. Based on my pick, you can tell what I think will happen.

The Jets may very well be the worst team in the NFL this season and if they're not, they're close. Nevertheless, I haven't seen enough from the Colts yet to justify picking them to cover one of the largest spreads of the season.

Like the Jaguars, the Panthers are clearly rebuilding. But even without Christian McCaffrey, their offense possesses enough firepower to keep pace with the Chargers and Justin Herbert.

I wasn't buying into the Cardinals last week, but now, I'm a believer. If they were able to cover a 7-point spread against Washington, I don't see any reason why they won't be able to cover 5.5 points against a Lions team that might be worse.

Tom Brady has been far from spectacular, but his numbers would look a little better without some of his receivers' drops. If Tampa Bay's can catch the ball more consistently, I don't see any reason it shouldn't cover against a banged-up Broncos squad.

Very few teams in the NFL have the offensive firepower to keep pace with the Seahawks. The Cowboys, however, are one of them.

Drew Brees looked washed against the Raiders and Michael Thomas hasn't practiced this week. Give me Aaron Rodgers, Aaron Jones and the points in a dome.

As a rule of thumb, I don't pick against Patrick Mahomes. I'm breaking that rule though, in what feels like a primetime showcase for Lamar Jackson and the Ravens.