12,000 will likely be maximum number of fans allowed at Cleveland Browns home games for rest of season, Gov. DeWine says

The state on Monday increased the cap from 6,000 for both the Browns & the Cincinnati Bengals. 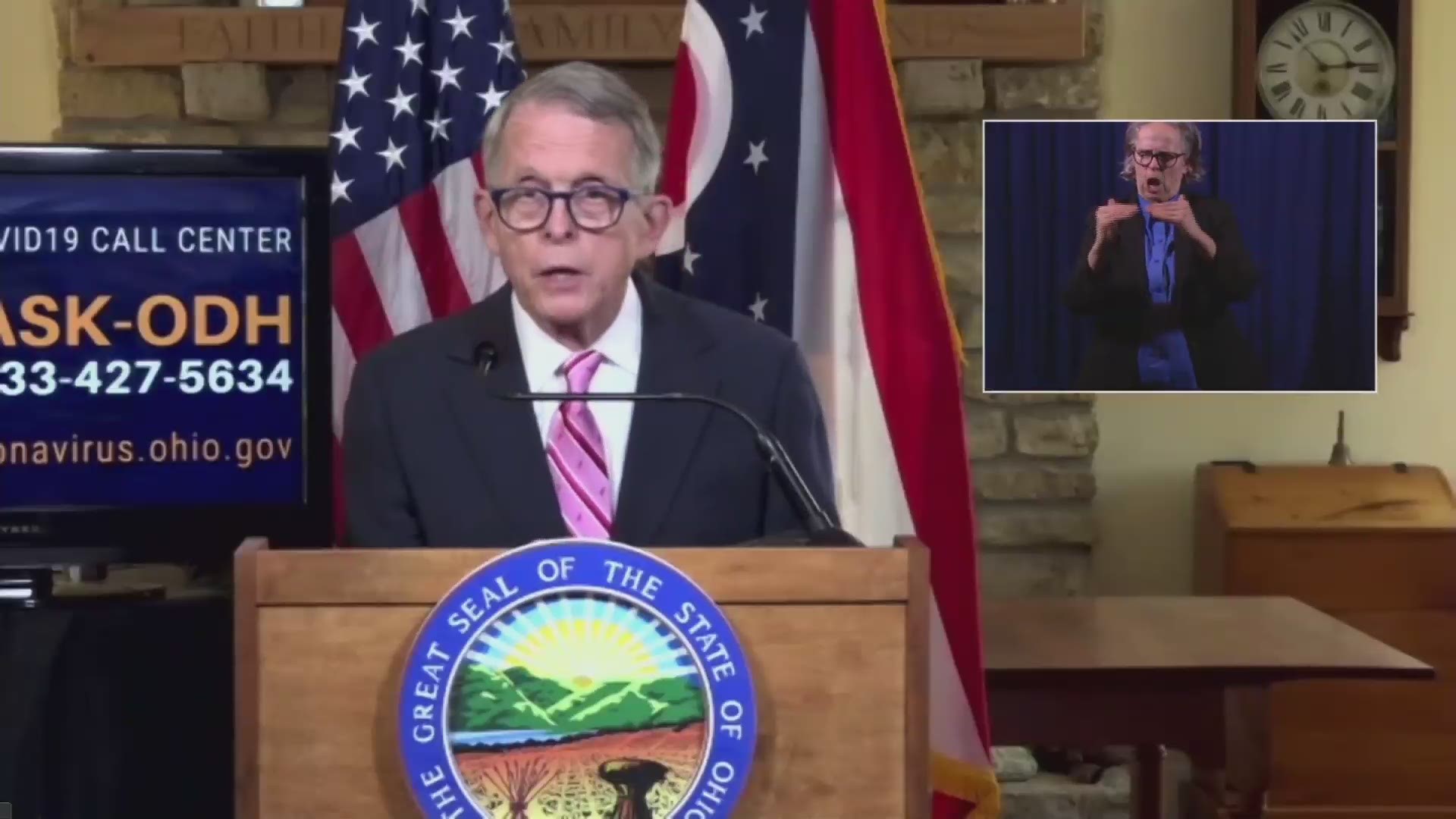 CEDARVILLE, Ohio — The Browns and the Cincinnati Bengals will be allowed to permit up to 12,000 fans for home games, double the previous cap of 6,000 instituted for the start of the season.

But while that still remains a far cry from each stadium's capacity of more than 60,000, Gov. Mike DeWine says it will likely not increase again for the rest of the season due to the COVID-19 pandemic.

"I think we're probably at where we're going to stop," DeWine said in a Tuesday press conference, adding this is still a "game-by-game" process but he doesn't "see any reason why we couldn't continue at 12,000" on into December.

Attendance policies for NFL games have varied across the country, with some states not allowing any fans at all. DeWine first set the 6,000 figure prior to the Browns' home opener against the Bengals, and each team got to host that many for two home games as part of a "trial" period.

Save for a citation for selling alcohol past 10 p.m. at that Thursday night opener (something that won't be an issue for most remaining games), the trial run appears to have been a success, with no known outbreaks tied to either team. That led to Browns owners Dee and Jimmy Haslam requesting the Ohio Department of Health allow them to admit 16,000 spectators, but interim Director Lance Himes instead capped the figure at 12,000, and fans who show up must enter at designated gates and remain socially distanced.

"We look at each case, just as we did with high school football and had some variances," DeWine said. "We try to measure everything to make sure that it is, in fact, safe."

Whether the Browns or Bengals will be able to invite sellout crowd back to games in 2021 remains unclear, as experts still don't know just how contained the coronavirus will be a year from now. DeWine initially banned most spectators from attending sporting events at the outset of the pandemic back in March, and in recent months has only started easing restrictions.