3 keys to the Cleveland Browns beating the Arizona Cardinals

The Cleveland Browns will look to move to 4-2 on the season when they face the Arizona Cardinals on Sunday. 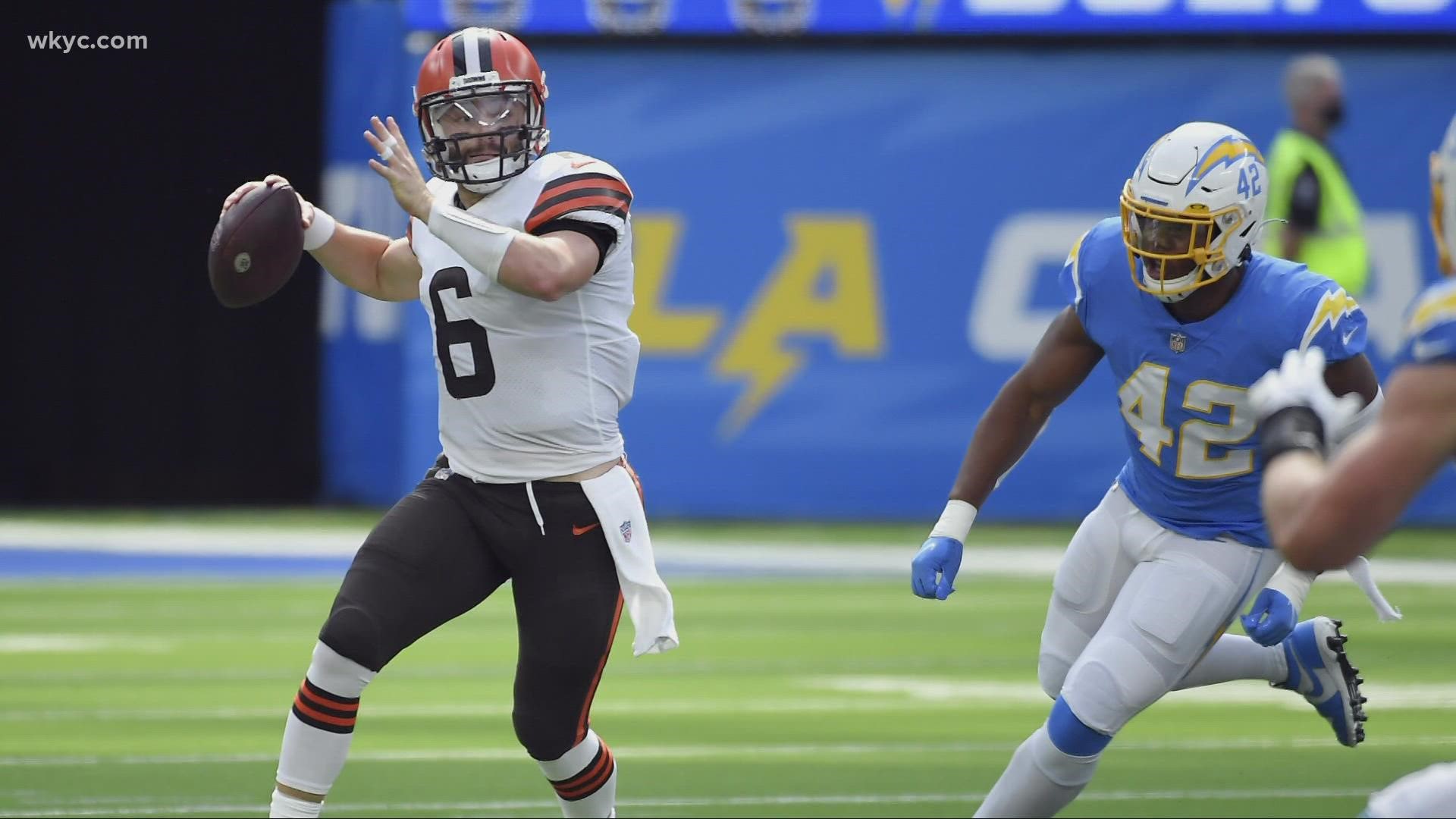 CLEVELAND — The Cleveland Browns are in a position that may not quite be deemed ‘must-win,’ but it certainly borders on it. Coming off a thrilling loss to the Los Angeles Chargers, the Browns are set to square off with the NFL’s final undefeated team, the Arizona Cardinals.

As of this writing, the 3-2 Browns are favored by three points at home and sit tied for second place in the AFC North, a game behind the Baltimore Ravens.

What follows are three keys to the Browns beating the Cardinals on Sunday:

Arizona quarterback Kyler Murray is one of the most electric players in the NFL and among the frontrunners to win the MVP award to this point in the season. Murray’s combination of quickness and arm strength may be unmatched and the Browns will have their hands full trying to slow down the 2018 Heisman Trophy winner.

While Murray’s quickness is certainly a problem, it’s not in the traditional sense. Yes, Murray is more than capable of dicing the Browns up as a runner, but that hasn’t been the reason why he’s among the NFL’s best this year. To date, Murray has rushed for just 110 yards across five games on only 30 attempts. Just because he’s ultra-quick doesn’t mean he’s been a game-breaker as a rushing threat this year.

The real threat with Murray is not only his arm but using that quickness to unleash his throwing prowess. What Murray may be best at is extending plays while keeping his eyes down the field and giving his weapons on the outside in DeAndre Hopkins, A.J. Green, and Rondale Moore more time to come open.

Arizona’s offensive line certainly isn’t among the best in the NFL, but when Myles Garrett and the rest of the Browns pass rushers are closing in on Murray, getting him to the ground is not only a must, but it will also likely be more difficult than usual.

The noise that the Browns are better without Odell Beckham Jr. on the field only continues to grow louder on a weekly basis. While Beckham Jr. was solid in his season debut against the Bears (five catches, 77 yards), he and quarterback Baker Mayfield haven’t been on the same page since. The 3-time Pro Bowl wide receiver finished games against Minnesota and Los Angeles with just four total catches and less than 30 yards in each contest.

Mayfield did have arguably his best game of the season against the Chargers, throwing for over 300 yards and a pair of scores without a turnover. Despite those gaudy numbers, Mayfield didn’t take many shots down the field. His average completed air yards was just 4.4 against the Chargers, according to NextGen Stats. Beckham Jr. is supposed to be the game-breaking offensive weapon the Browns have been missing down the field, but last week there seemed to be little effort in trying to push the ball deep against a Chargers defense that wanted to keep everything underneath.

A connection between Beckham Jr. and Mayfield on a deep pass could go a long way in winning not only this week but building for the rest of the season.

Close out the game

While the inability for Mayfield to drive down the field late and single-handedly win the game for the Browns may be overblown to some degree, it also isn’t a stretch to say that the Browns should be alongside the Cardinals as the last of the NFL’s unbeaten teams. This season, the Browns have played five games and they’ve held a two-score lead in the second half of four of those games. Cleveland is just 2-2 in those four games (the exception is the game in Minnesota).

Maybe this is less about closing games out, and more about finding ways to not let things slip away the way the Browns did against both Kansas City and Los Angeles. Last week, there were four or five plays that the Chargers had to have in order to keep themselves in the game in the second half. Things went the Chargers' way on each of those plays. If things break differently just once, we’re talking about a 4-1 Browns team instead.

This isn’t putting the blame on Mayfield for not being able to drive the Browns down the field for last-minute wins in those games, but rather on the entire team for not doing enough when it mattered most to not let those games even reach the point of needing to be rescued by Mayfield and the offense.