3 potential roles for Braxton Miller with the Cleveland Browns 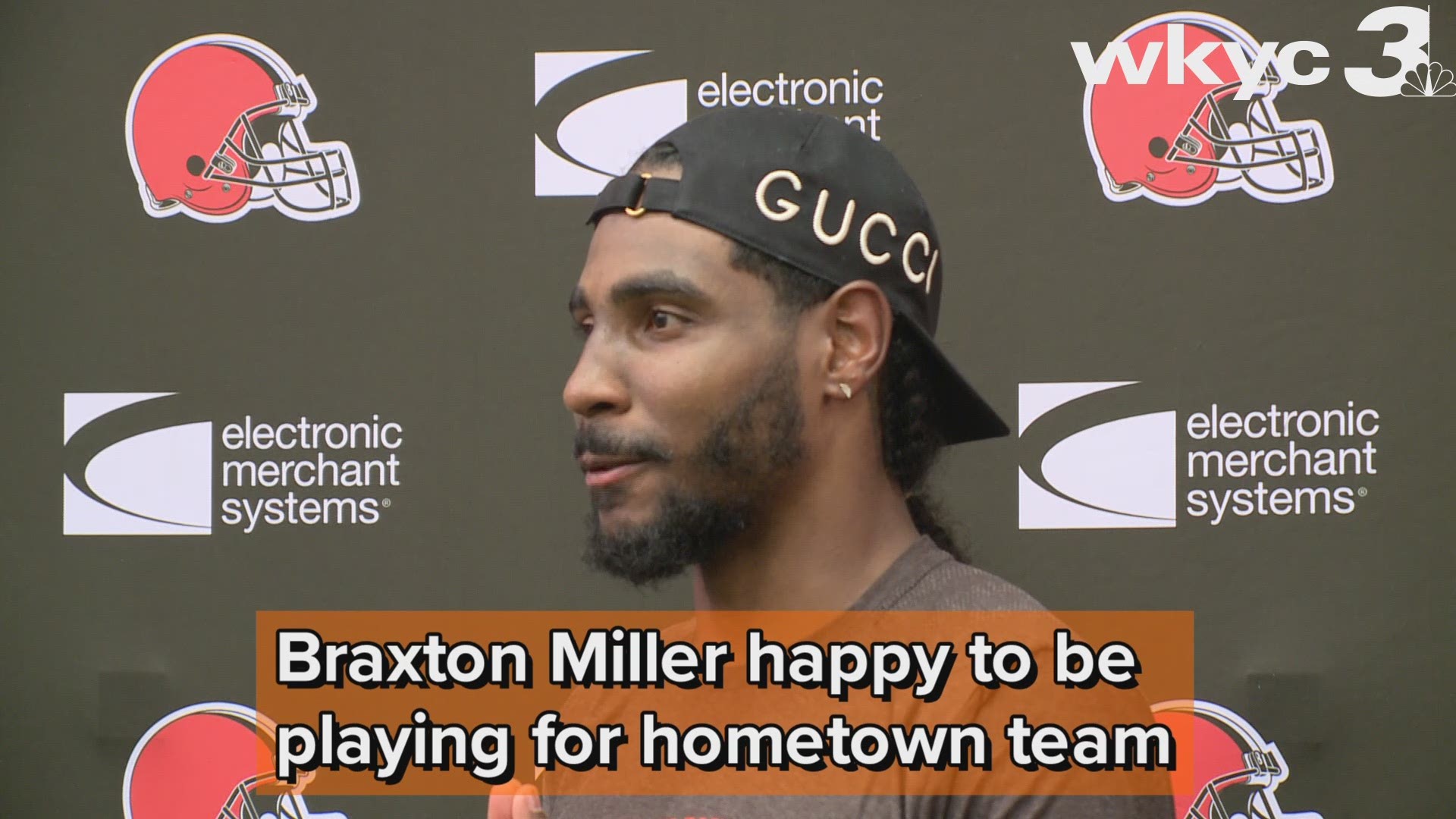 What role could the former Ohio State star fill with his new team? Here's a look at three potential options:

Look at any projection of the Browns' final 53-man roster and it's admittedly difficult to find a spot for Miller to make the team as a pure wide receiver.

Odell Beckham Jr., Jarvis Landry, Rashard Higgins and Antonio Callaway are all locks to make Cleveland's opening day roster and after an impressive training camp, Jaelen Strong may be too. That likely leaves just one roster spot left for either Derrick Willies, D.J. Montgomery, Damion Ratley or Miller with the 2-time Big Ten MVP having less than two weeks left to prove himself.

But while Willies, Montgomery and Ratley may each be more polished products at this point, the 26-year-old Miller possesses intriguing upside nonetheless. Having just converted to the position in 2015, the former Big Ten Quarterback of the Year remains a work-in-progress at the position with inherent athleticism that's impossible to replicate.

In two seasons with the Houston Texans, the Springfield, Ohio, native totaled 34 receptions for 261 yards and 2 touchdowns. It wouldn't be difficult to envision those numbers improving while playing alongside Baker Mayfield -- should the 6-foot-2, 215-pound Miller be given the opportunity to do just that.

Credit: AP
Houston Texans' Braxton Miller (13) returned a kickoff against the Indianapolis Colts during the first half of an NFL football game Sunday, Oct. 16, 2016, in Houston. (AP Photo/Eric Christian Smith)

Although he's officially listed as a wide receiver, Miller's history as a quarterback shows he's also a capable runner. In four seasons at Ohio State, he rushed for 3,315 yards and 33 touchdowns on 600 attempts.

While Miller only totaled four rushes for one yard in two seasons with the Texans, Cleveland could spend the next two weeks experimenting with different ways to get the ball in his hands.

“He moved around well," Browns head coach Freddie Kitchens said of Miller on Wednesday, "He can stick his feet in the ground and change directions. He caught the ball well. It looks like he has some juice. He has not hit that adversity yet with the pads on, but he looked good out there.”

As for Miller's ability as a passer -- he threw for 5,295 yards and 52 touchdowns with the Buckeyes -- it's worth noting he has attempted a true pass in a game since 2013.

Perhaps the most sensible reason the Browns signed Miller, despite their depth at wide receiver, is his ability to contribute on special teams. Although he only returned four punts and three kickoffs in his two seasons in Houston (totaling 54 yards) his straight-line speed and ability to make defenders miss are indicative of potential upside at either return position.

As currently constructed, Cleveland's depth chart features Dontrell Hilliard as the starter at both kick and punt returner with D'Ernest Johnson and Damon Sheehy-Guiseppi backing him up. But with Hilliard and Johnson taking on increased workloads as reserve running backs and Sheehy-Guiseppi unlikely to make the final 53-man roster, it would make sense for the Browns to consider all of their options when it comes to improving their return game.

"Oh yeah," Kitchens answered when asked if Miller could help Cleveland on special teams. "All hands on deck."