3 things the Cleveland Browns can learn from Super Bowl 55

What lessons can the Cleveland Browns learn from the Tampa Bay Buccaneers victory in Super Bowl 55? 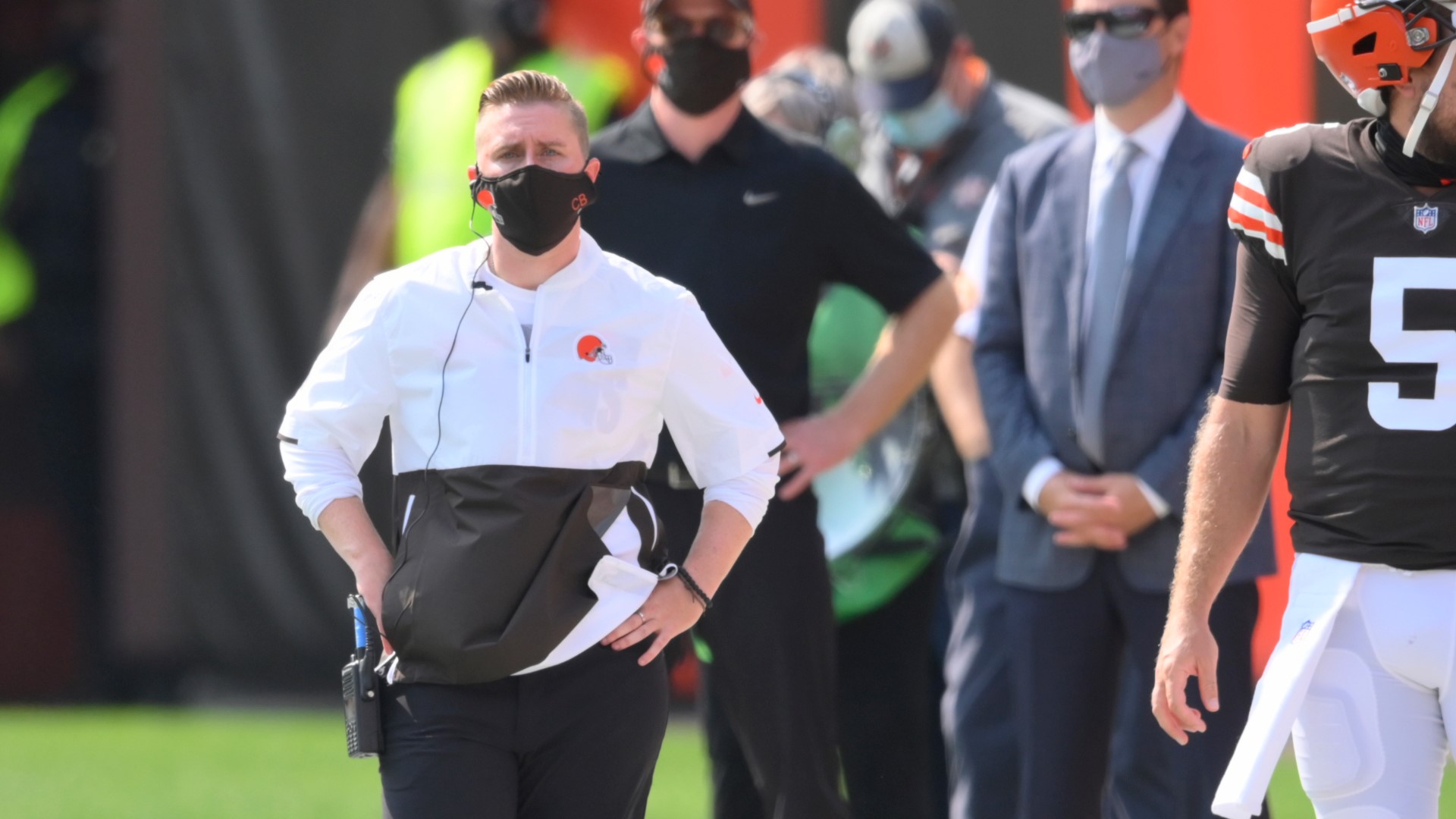 CLEVELAND — Editor's note: Maureen Kyle's interview with Callie Brownson in the video above is from Feb. 5, 2021.

Like 29 other teams, the Cleveland Browns watched the Tampa Bay Buccaneers' victory over the Kansas City Chiefs in Super Bowl 55 on Sunday night from home.

But while they may not have been on the field at Raymond James Stadium, that doesn't mean the Browns couldn't learn a thing or two from the Buccaneers' big win.

After having its season-ended at the hands of the Chiefs in the AFC divisional round, Cleveland is looking to make the leap from being a surprise Wild Card team to a legitimate Super Bowl contender in 2021. With that in mind, let's take a look at three things the Browns can take away from Sunday in order to help them accomplish just that.

The Chiefs are beatable

When the Browns lost to the Chiefs in the divisional round, one of the toughest aspects of the defeat for Cleveland fans to deal with was the reality that Kansas City isn't going anywhere.

With Patrick Mahomes being just 25-years-old and Travis Kelce, Tyreek Hill and Chris Jones each signed to long-term contracts, the Chiefs have the core of their Super Bowl 54-winning roster locked up for the foreseeable future. That seemingly doesn't bode well for AFC teams like the Browns, which either have to beat or avoid Kansas City in order to reach the Super Bowl each season.

But while the Chiefs figure to be a fixture in the AFC championship picture for years to come, Sunday's loss exposed some holes that hadn't previously hindered Kansas City. In particular, injuries exposed the Chiefs' lack of depth on the offensive line, which resulted in Mahomes spending the bulk of Sunday's championship contest under pressure.

While Cleveland -- or any other opponent -- shouldn't count on facing Kansas City without either of the Chiefs' starting offensive tackles playing, a crowded salary cap could make it difficult for them to maintain depth across their roster. In other words, injuries -- on the offensive line or elsewhere -- could leave Kansas City more susceptible than most teams.

While it was Tom Brady who received the bulk of the spotlight, it was Tampa Bay's defense that led the way not only on Sunday but for most of the Buccaneers' 2020 season.

Ranking fifth in Football Outsiders' DVOA and adjusted DVOA, Tampa Bay laid claim to one of the best defenses in all of football. In particular, the Buccaneers excelled against the rush, ranking first in the league in yards allowed per rush attempt, while also totaling the fourth-most sacks (48) throughout the season.

Suffice to say, the Browns have some catching up to do, as they finished the 2020 season ranking 25th in defensive DVOA. The good news is that Cleveland general manager Andrew Berry is well aware of his roster's shortcomings and has already hinted that he plans to address them in the upcoming offseason.

"Understand that obviously we think we can certainly boost the defense as we go into 2021," Berry said last month. "It is probably too early to make any declarative or definitive statements, but certainly understand the strengths and weaknesses of the team."

Tampa Bay entered 2020 with a promising core, which was bolstered by the arrival of Brady -- a then-six-time Super Bowl-winning quarterback. Along the way, however, the Bucs made improvements in the margins of their roster, including the additions of veterans such as tight end Rob Gronkowski, running back Leonard Fournette and wide receiver Antonio Brown -- each of whom combined to score Tampa Bay's four touchdowns on Sunday.

Should the Browns continue to improve their standing in the AFC, Cleveland will likely become a popular destination for similar high upside, low-cost players. It will be up to Berry to both identify and successfully recruit such targets, who can help push any Super Bowl contender over the edge.