3 things to watch for: Cleveland Browns vs. New York Jets

Here are three things to watch for when the Cleveland Browns and New York Jets play on the Monday Night Football stage. 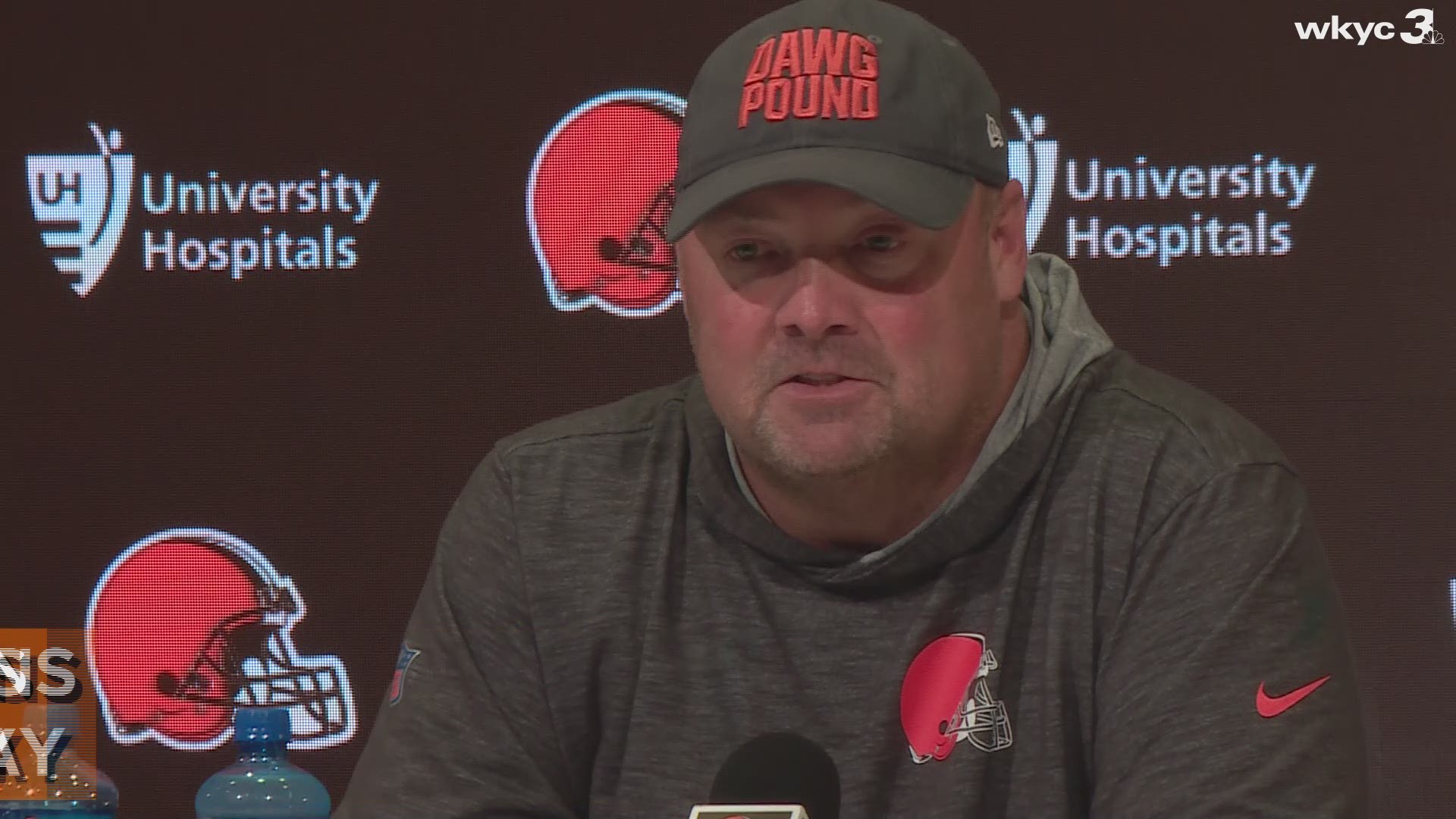 CLEVELAND — Nearly four years have passed since the Cleveland Browns were last featured on the National Football League’s flagship primetime game, Monday Night Football, but that drought comes to an end today when they play the New York Jets at MetLife Stadium in East Rutherford, New Jersey.

The Browns-Jets game will be an anniversary of sorts, as the two teams faced off in the very first Monday Night Football game at Cleveland Municipal Stadium 50 years ago on September 21, 1970.

Although many of the Browns’ skill-position players on both sides of the ball have never played on the Monday Night Football stage, the coaches recognize it is a unique opportunity for the team.

“In the National Football League, anytime the lights come on, it is a special game,” Browns coach Freddie Kitchens said.

“You are kind of the only show in town whenever everyone is watching, so you want to put your best foot forward with your peers watching.”

Credit: Ron Schwane/AP
Cleveland Browns quarterback Baker Mayfield sits on the sidelines during the second half of the season opener against the Tennessee Titans at FirstEnergy Stadium in Cleveland on Sunday, September 8, 2019.

Here are three things to watch for when the Browns and Jets share the field tonight.

Browns quarterback Baker Mayfield did not have the kind of performance he is used to giving or wanted to have in the 2019 regular-season opener against the Tennessee Titans at FirstEnergy Stadium in Cleveland last Sunday.

Mayfield completed 25 of his 38 attempts for 285 yards and one touchdown, but threw interceptions on three drives in a four-possession stretch during the second half, the last of which was returned by Titans cornerback Malcolm Butler 38 yards for a touchdown with 3:02 to play in the fourth quarter.

Mayfield was sacked five times for 41 lost yards, but still took every snap at quarterback in the 43-13 loss to Tennessee.

“Baker is very resilient,” Kitchens said. “I am not worried about Baker at all. Really, this is the last time I am going to say anything about the last game because we have moved on. It is not even thought about.

“Sometimes, as a quarterback, you have to understand the difference between pressing and not pressing. It is a 22-13 game, and we have a guy running open down the field and we couldn’t get it off. Our team understands that. Nobody else probably does. Moving forward, we can take that experience and get better from it. That is what we are going to do.”

Credit: Matt Florjancic, WKYC Digital Sports
The Cleveland Browns are looking to reduce their penalties against the Philadelphia Eagles at FirstEnergy Stadium tonight.

The Browns committed 18 penalties for 182 lost yards and lost their starting left tackle, Greg Robinson, after he kicked Titans defensive back Kenny Vaccaro in the head, in the first half and had an inability to keep Mayfield upright.

The Browns were not only penalized 18 times, but six were personal fouls that cost the team 15 yards each time. Another four penalties were offensive holding violations, and then, receiver Odell Beckham Jr. had a 22-yard gain taken off the board for an offensive pass interference call.

Former Browns defensive coordinator/interim head coach Gregg Williams has a reputation for being aggressive, and in some instances, going over the line, which is exactly what wide receiver Odell Beckham Jr. feels happened during a 2017 preseason game against the New York Giants.

Four days before the Browns’ prime-time game against the Jets, whom Williams currently serves as the defensive coordinator for, Beckham Jr. said his new teammates told him they were instructed to target him during the preseason game at FirstEnergy Stadium.

“The only thing I’m buying is I have to probably watch out for the cheap shots and dirty hits and all the things he likes to teach,” Beckham Jr. said. “That’s pretty much what we’ve got to watch out for.