Jay and Dino analyze the key moments in the Browns' 33-29 loss to the Chiefs in Kansas City. 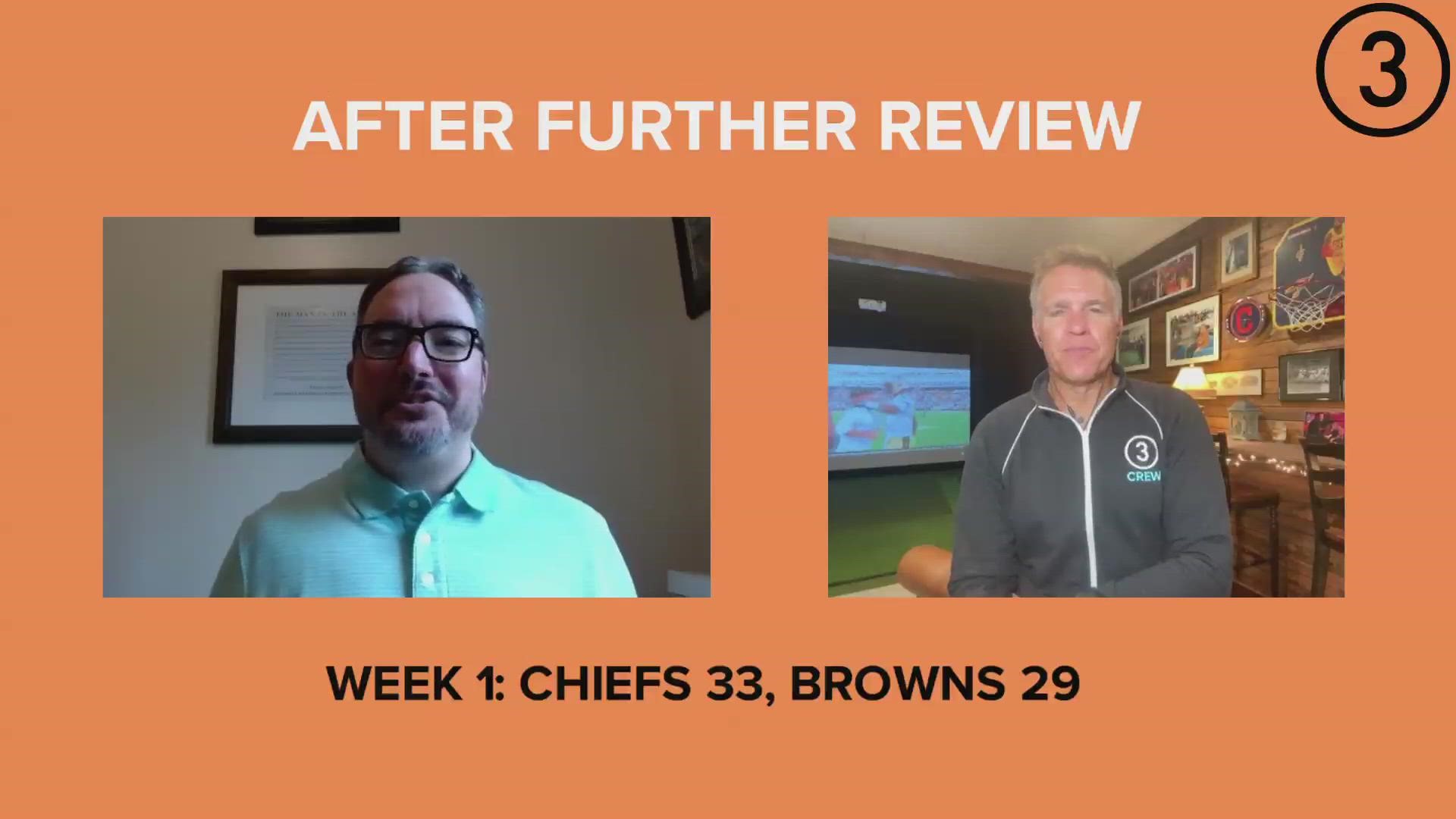 CLEVELAND — A new season of Cleveland Browns football means a new season of "After Further Review" each Monday with Jay Crawford and yours truly.

There was a lot to dig through in the Browns' 33-29 loss to the Chiefs at Arrowhead from Sunday. While Kevin Stefanski's team came up short again against Kansas City, you do sense that the gap between the two squads is getting closer.

In the end, the game really came down to second half mistakes by each of the Browns' units:

Those are things the Browns can clean up between now and a potential playoff rematch against the Chiefs.

Meanwhile, here are some of the other topics that Jay and I discussed during Monday's show:

You can watch After Further Review in the player above or below: