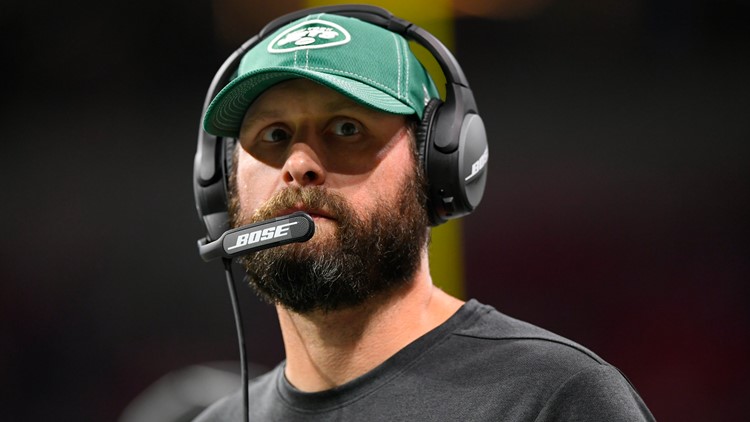 When the Miami Dolphins traded Jarvis Landry to the Cleveland Browns in exchange for a fourth-round pick following the 2017 season, the 4-time Pro Bowl wide receiver wasn't surprised.

After all, Landry said he had witnessed his head coach in Miami, Adam Gase, threaten to punish players by trading them to the Browns, who went a combined 1-31 in the 2016 and 2017 seasons.

"I just felt like, for some reason, Adam sent me here to die," Landry told ESPN.com's Elizabeth Merrill last year.

On Monday, Landry will face off against his former coach for the first time when the Browns face Gase's new team, the New York Jets, on Monday Night Football. Speaking to reporters on Friday, Gase was asked about Landry's comments from last year and while the first-year Jets coach admitted to making such threat, he insisted it was meant to be a joke.

"I'll say this: that was in a team meeting and it was a joke at the time to one of the players at the time," Gase said in his Friday press conference. "We had the 4 p.m. [trade deadline] and we had a team meeting earlier in the day and one of the guys was like, 'woah it looks like everybody's clean, nobody got traded.'

"And [Dolphins general manager Chris] Grier and myself were kind of giving him a hard time. And I slid it in the PowerPoint and it was supposed to be a joke and I think he took it a little serious."

Gase said the incident was a one-time deal.

"I don't remember exactly what I said," Gase said. "It was supposed to be a joke."

But while Gase and Landry seemed to part on sour terms, the Jets head has spoken fondly of the 26-year-old wideout in the days leading up to Monday night. After referring to Landry as the Dolphins' best player during his time with the team, Gase noted that the two got along better than some headlines might suggest.

"We were good. There were a lot of good times we had. There was a lot of good that came out of our two years together," Gase said. "Whether it was me [or] him, whatever. Our relationship fractured at some point. And then he was a free agent. And we had to figure out -- we knew his price tag was going to be high. And for us, it got to the point where we knew we weren't going to do it. And we were able to at least get a pick for him."

As a result, Landry was dealt to Cleveland, where he ultimately signed a 5-year, $75.5 million contract last year. In his first season with the Browns, the LSU product tallied 81 receptions for 976 yards and 4 touchdowns, earning his fourth consecutive Pro Bowl appearance.