With seven picks in the first six rounds, the Cleveland Browns bolstered both their talent and depth throughout the 2020 NFL Draft. 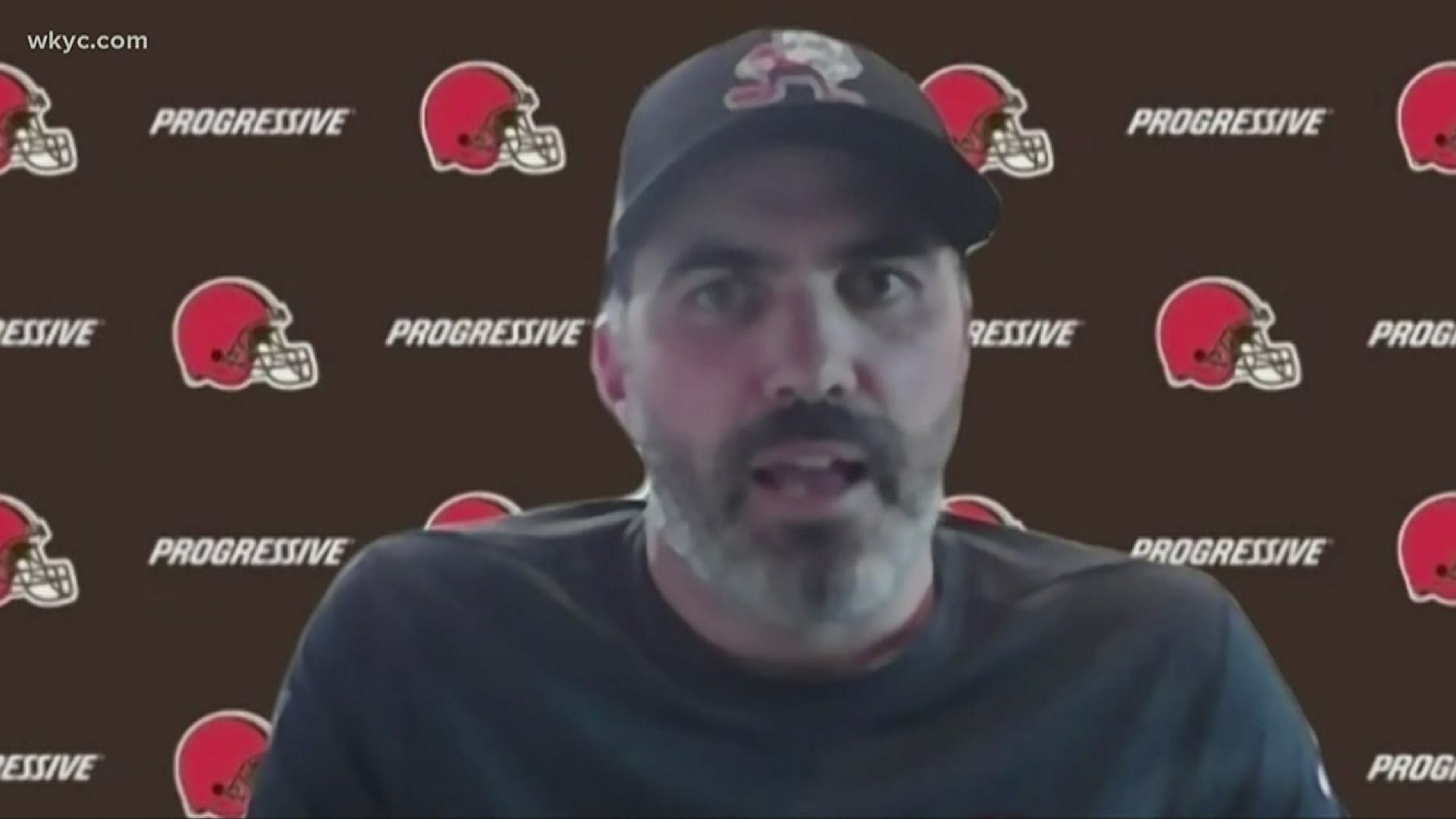 Speaking to reporters on a conference call earlier this month, general manager Andrew Berry stressed that the Cleveland Browns would be prioritizing talent over need in the 2020 NFL Draft.

As it turns out, those two approaches weren’t mutually exclusive.

With seven selections in his first draft as the Browns’ general manager, Berry managed to not only raise his team’s overall talent level but fill multiple holes on Cleveland’s depth chart. What’s more is Berry also bolstered the Browns’ depth, while adding to the team’s collection of assets both in the present and the future.

Of course, the NFL Draft is a crapshoot by nature and there’s no telling how this class will pan out until it actually plays and develops years down the line. With that in mind, here are five observations about the Browns’ 2020 NFL Draft class and the impact it could make:

Despite Berry’s proclamation about drafting talent over need, most mock drafts leading up to Thursday’s first round projected that Cleveland would use the No. 10 overall pick on an offensive tackle – and for good reason. With Greg Robinson’s Cleveland – and possibly NFL – career over, the Browns entered the draft without a viable solution at left tackle on their roster.

While the possibility existed that Cleveland would trade for Washington Redskins left tackle Trent Williams (who was ultimately dealt to the San Francisco 49ers), the depth in this year’s draft at the position always made it most likely the Browns would in fact draft the best available tackle at 10. What was less predictable was that Cleveland would have its second pick at the position after the New York Giants selected Georgia tackle Andrew Thomas fourth overall.

In a move rarely seen in the draft – especially for a team always open to trading back – the Browns rushed their first-round pick in to NFL commissioner Roger Goodell, taking Alabama offensive tackle Jedrick Wills Jr. Afterward, the team’s chief strategy officer Paul DePodesta let it slip that Wills was Cleveland’s top player at the position entering the draft, meaning the Browns got their top choice at their No. 1 position of need.

Although he spent his college career playing right tackle, most project Wills to possess the athleticism to make a seamless transition to the left side of the line. What’s more is multiple analysts have pegged the All-SEC first-team selection as being the most pro-ready offensive tackle in the draft, despite currently only being 20 years old.

From a strategy standpoint, it’d be tough to argue with the Browns’ approach. Now, their evaluation just needs to be right.

While Berry may be entering his first season as the Browns’ general manager, he continued a trend from the team’s previous regime. After Cleveland’s previous general manager, John Dorsey, acquired Jarvis Landry, Odell Beckham Jr. and Greedy Williams, Berry added two more LSU Tigers to the Browns’ roster with the selections of safety Grant Delpit (No. 44 overall) and linebacker Jacob Phillips (No. 97 overall).

Both Delpit and Phillips played major roles for LSU throughout its run to last season’s College Football Playoff championship. Considered by some to be the top safety in the draft, Delpit won the Jim Thorpe Award, which is awarded to the nation’s top defensive back, while Phillips led the Tigers with 113 tackles, 7.5 of which came for a loss.

While in some ways, Cleveland’s overall collection of ‘Bayou Bengals’ is coincidental, the additions of both Delpit and Phillips illustrate the value that the Browns’ front office places on high level production at the college level. It’s also worth noting that including Missouri defensive tackle Jordan Elliott, each of the Browns’ first four picks came from the SEC, which from a talent standpoint is largely considered the top conference in college football.

One of the most unique aspects of the Browns’ 2020 draft was that it was a sixth-round pick who served as arguably one of the most exciting selections.

A former 5-star prospect, Donovan Peoples-Jones entered this weekend projected to be a third-fourth round selection. But it wasn’t until pick No. 187 overall in the sixth round that he had his name called, with the Browns using their final pick on the top-ranked wide receiver recruit in the 2017 class.

While it remains unclear why – and potentially concerning – that Peoples-Jones fell as far as he did, it would be tough to argue with the high upside nature of Cleveland’s final pick. While his production in three seasons at Michigan was underwhelming, some of that could be pinned on the Wolverines’ lackluster quarterback play and overall offense, and he still tested with the top SPARQ score of any wide receiver at the NFL Scouting Combine, which placed him in the 99th percentile for athleticism.

In addition to potentially cracking the Browns’ depth chart as a rookie, the 6-foot-2 Peoples-Jones also possesses the skills necessary to thrive as a punt returner at the pro level. And while he may have been selected in the second-to-last round, fair or not, it’d be tough to argue that he’ll carry the same expectations as a traditional sixth-round pick.

Based on the Browns' depth chart and comments made by Berry and head coach Kevin Stefanski throughout the draft, here's how each of the team's seven draft picks project for their rookie seasons:

While Berry may only have one draft as Browns general manager under his belt, there were some things to be learned about his approach over the course of the past three days. Unlike his former boss, Sashi Brown, Berry didn't place a heavy emphasis on SPARQ score, but did seem to value it as at least a threshold for gauging a particular player's athleticism.

Coincidentally or not, a lot of Berry's grades appeared to be in line with advanced analytics site Pro Football Focus, who had had grades for Wills, Delpit, Elliott and Bryant. The Browns also showed a willingness to trade down on Day 2, picking up the fifth-round selection they used to draft Harris after dropping three spots in the second round and a 2021 third-round for dropping 14 spots in the third.

As for Berry's decree that he'd value talent over need, it would be tough to argue that rang particularly true. Especially with the team's first four picks, the first-year GM seemed to be focused on filling the holes in his depth chart -- not that that stopped him from also increasing his team's overall talent level.