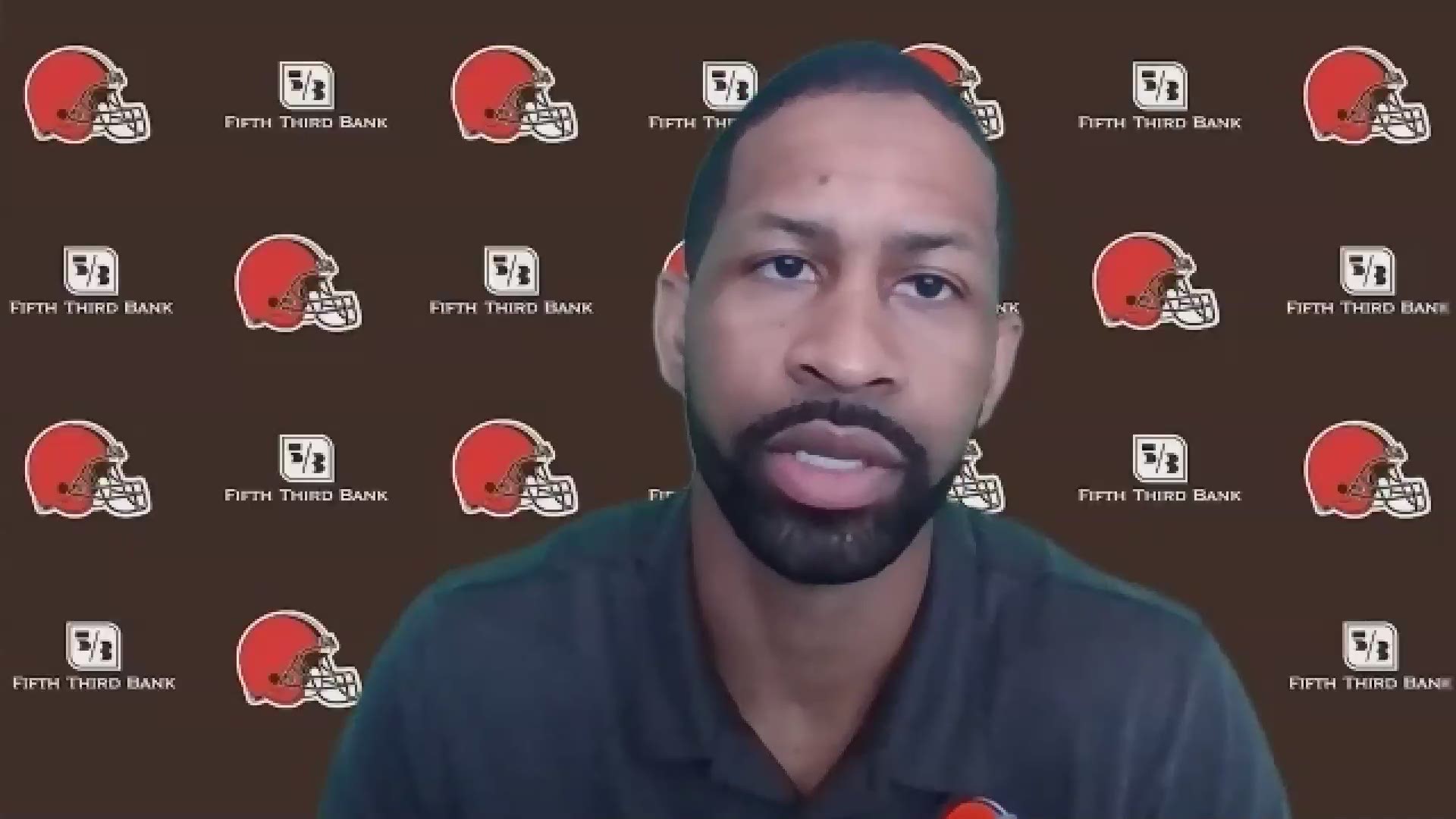 CLEVELAND — Earlier this year, Cleveland Browns quarterback Baker Mayfield acknowledged the importance of his third season as a starting quarterback in the NFL.

"There's no doubt Year 3 is always a big year in these contracts timing-wise, everybody knows that," Mayfield said in May. "I'm not putting added pressure on myself. If we win, things will take care of themselves."

But at the midway point of the 2020 campaign, the results on Mayfield appear as mixed as ever.

Laying claim to a 5-3 record, the Browns enter the second half of their season in a strong position to end their NFL-long 17-year postseason drought. But despite Cleveland's team success, Mayfield's individual performances have been uneven, which has led to questions about his viability as a franchise quarterback.

Meeting with reporters on a Zoom call during his team's bye week, Browns general manager Andrew Berry was asked about Mayfield's future in Cleveland. Berry, however, refused to look past the 2020 season and expressed general satisfaction with the No. 1 pick of the 2018 NFL Draft's first eight games.

"I definitely understand the question. Honestly, I really don't get too caught up in that type of narrative," Berry answered when asked if he views Mayfield as the Browns' quarterback of the future. "All I know is that I think Baker's played well and he's done a nice job through these first eight weeks. He's allowed us to play winning football, we've had winning football from that position. [We] expect him to keep doing that over the second half of the year and look, we're going to be in a good place as a team and an organization if that's the place."

As Berry alluded to, these next eight games could prove pivotal for Mayfield, who will be eligible to sign an extension in the offseason. At the very least, the Browns front office will have to make a decision on the fifth-year option on Mayfield's contract next offseason, which could tip the team's hand regarding how it feels about his future in Cleveland.

Thus far, Mayfield's stats on the season would hardly indicate that he's worthy of the type of mega extensions that quarterbacks such as Patrick Mahomes, Deshaun Watson, Jared Goff and Carson Wentz have received in recent years. Through eight games, the Oklahoma product ranks 26th in completion percentage (61.4), 25th in yards (1,514), 25th in yards per completion (6.8) and tied with three others for seventh in touchdowns (15), while tied with four others for the fourth-most interceptions (7).

But for a franchise that's craved stability at the sport's most important position, the reality remains that if the Browns make the playoffs, it will be tough to say goodbye to the quarterback who helped lead them there. For his part, Berry isn't interested in such hypotheticals, opting to focus instead on the season at hand.

You can watch Berry's full press conference in the YouTube player below.