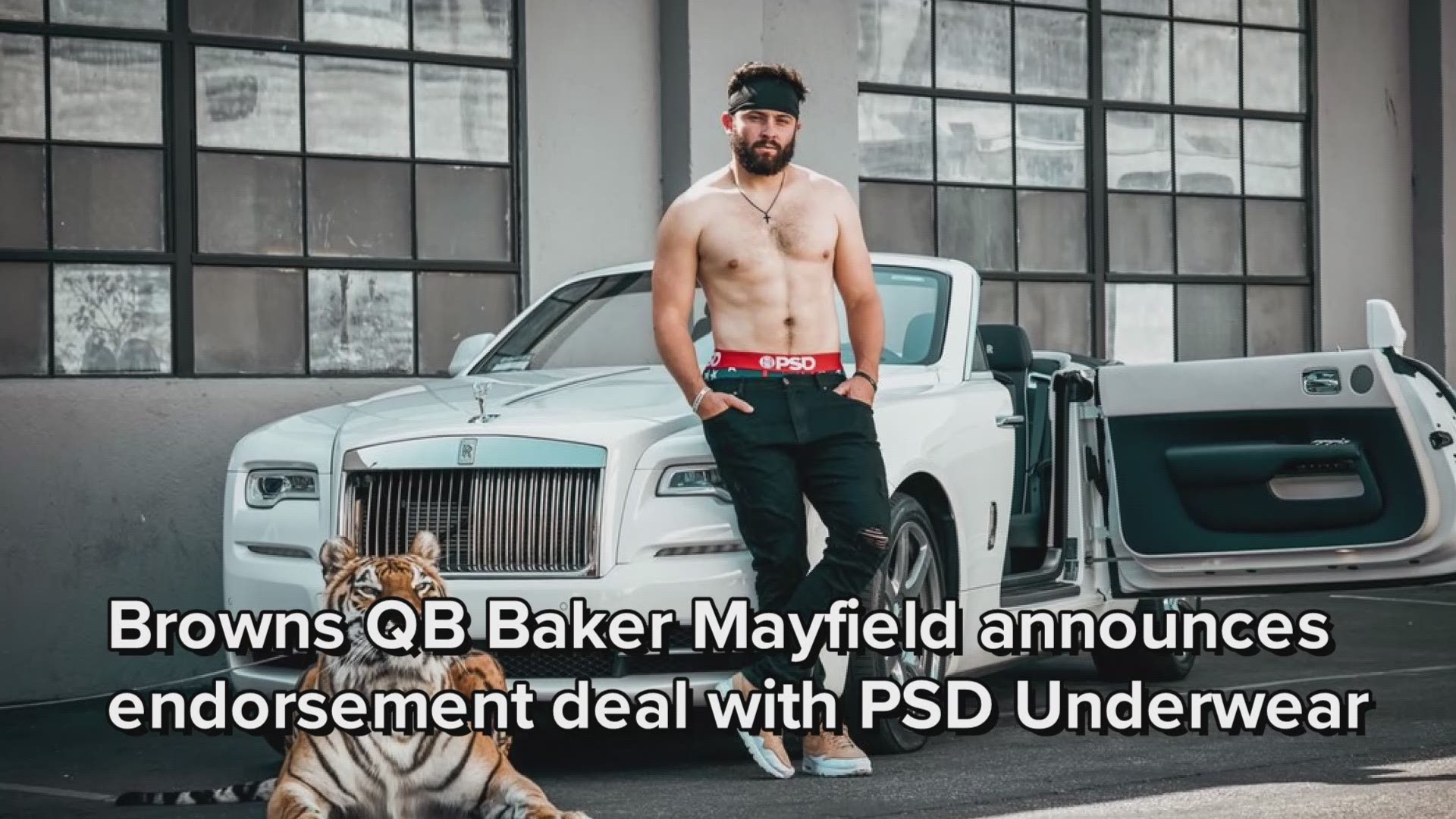 Fans of Baker Mayfield will soon be able to support the Cleveland Browns quarterback in a way that was previously unimaginable.

On Tuesday, the reigning No. 1 overall pick announced a new endorsement deal with PSD Underwear.

And in typical Mayfield fashion, he did so with an epic photoshoot parodying the 2009 hit movie "The Hangover" -- complete with a live action tiger.

Excited to announce my partnership with @PSDunderwear! Giving away 500 free pairs today. Tiger not included 😂. Give them a follow and shop my collection! https://t.co/Xy4RsMtas1 pic.twitter.com/6lt56PeWjw

Although yet to be released to the public, the first editions of Mayfield's signature underwear will include a pair in the colors of his alma mater, Oklahoma, as well as one in Cleveland Browns' brown and orange. The Browns pair, in particular, stands out, as it features Mayfield's No. 6 jersey number prominently in the center of the garment.

At this point, Cleveland sports fans are likely plenty familiar with PSD Underwear, which also possesses a sponsorship deal with former Cavaliers star Kyrie Irving. Known for its creative -- and often loud -- designs, PSD has risen to prominence in the past few years thanks in large part to its endorsement deals, like the one it now has with Mayfield.

In addition to PSD Underwer, Cleveland's rookie quarterback also possesses sponsorships with Nike, Panini America, Leaf Trading Cards, Bose, New Era and H&H Sports. No word yet on when his underwear will be made available.