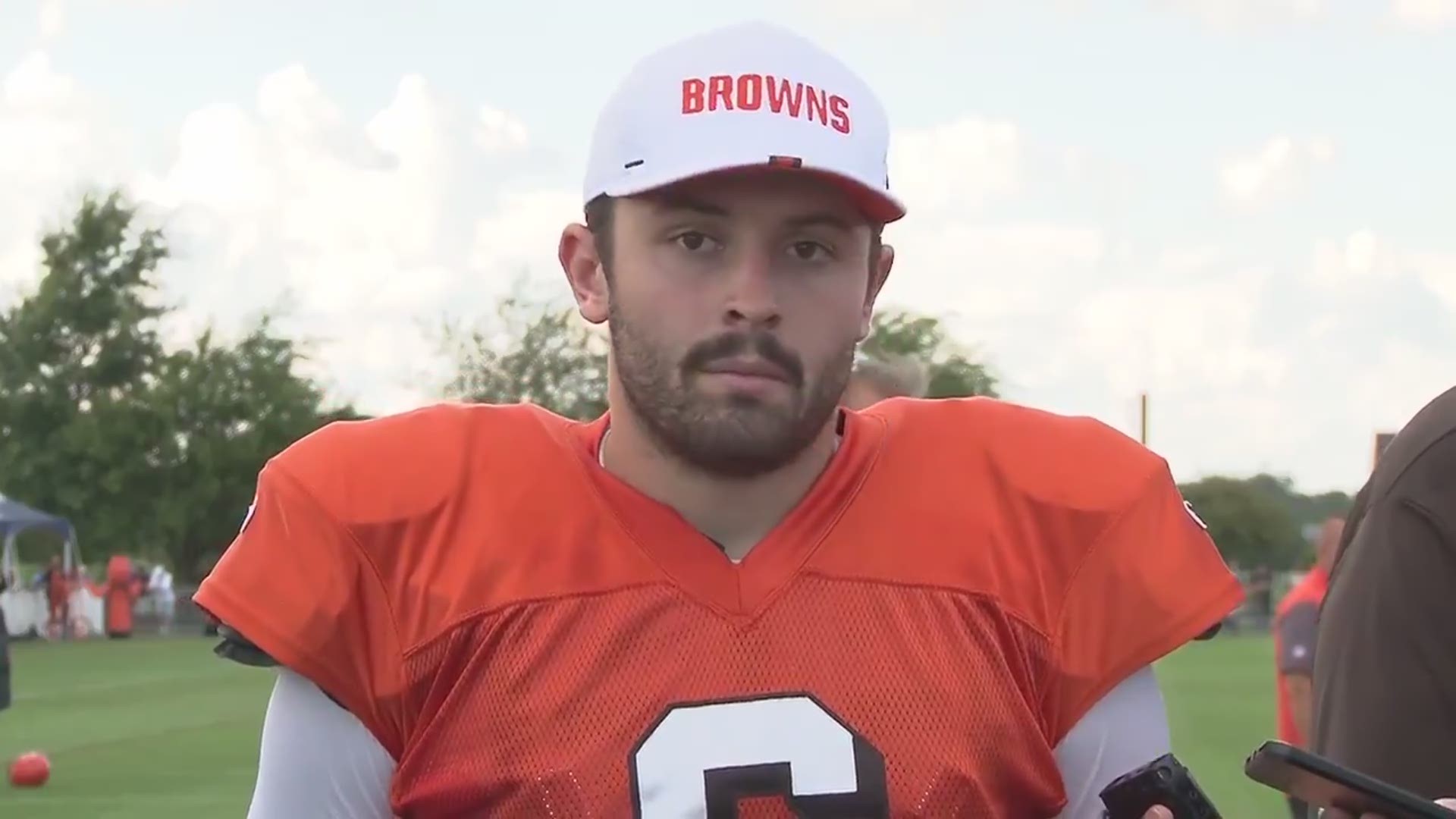 WESTFIELD, Ind. — Cleveland Browns quarterback Baker Mayfield endeared himself to fans by leading the team to seven victories during the 2018 season, and he took another step in building his rapport on a recent trip to a Cleveland Indians game.

Mayfield chugged a beer, much to the delight of the team and the Indians’ video of the happening drew hundreds of thousands of views, as well as a shout-out from World Wrestling Entertainment, Inc. Hall of Famer “Stone Cold” Steve Austin, who himself is no stranger to enjoying an adult beverage.

Austin gave Mayfield an A+ for his chug, and the second-year quarterback appreciated the love.

“‘Stone Cold’ Steve Austin approving it, it is pretty cool,” Mayfield said Wednesday after a joint practice with the Indianapolis Colts at Grand Park in Westfield, Indiana.

Following The Orange and Brown Scrimmage at FirstEnergy Stadium on August 3, Mayfield and his wife, Emily, made the quick trip up East 9th Street to Progressive Field to take in the Indians game against the Los Angeles Angels.

After a lackluster start to the game by Cleveland’s offense, the Indians showed Mayfield on the scoreboard, where he raised a can in a salute to the fans as they cheered, but he was far from finished. Someone tossed him an adult beverage, and he bit into the can and chugged the brew before discarding the recyclable and pointing to the name on the back of his Indians jersey, “Lindor.”

Then, Mayfield threw his arms into the air several times while screaming, “Let’s go.”

“It is just the City of Cleveland,” Mayfield said. “We are all in it together. That is what the city is about. Just having fun.”

In recent comments, Mayfield expressed the belief that he was born to play in Cleveland, but even the 2017 Heisman Trophy winner was taken aback by the level of support for a franchise that had known nothing but losing since returning to the NFL in 1999.

“That is something that until you actually get here, you don’t realize what the city brings to you with the energy and the passion,” Mayfield said. “It is something special.”

Mayfield feels he and Cleveland are a perfect fit.

Having to walk on at two Big 12 schools and fight his way into the starting lineup at both the University of Oklahoma and Texas Tech, Mayfield has had to earn his success, and that is the type of blue-collar mentality embraced by Clevelanders.

“The 100 percent ‘you are all in, you are with us or against us’ attitude,” Mayfield said of what makes Cleveland fans special. “It is pretty similar to how I am and how I have been for a while. It is fun to be here.”